Celebrate the holidays with syllabub, the festive cocktail that is the precursor to eggnog

Plus, the story of how the modern tradition of Christmas eggnog was born 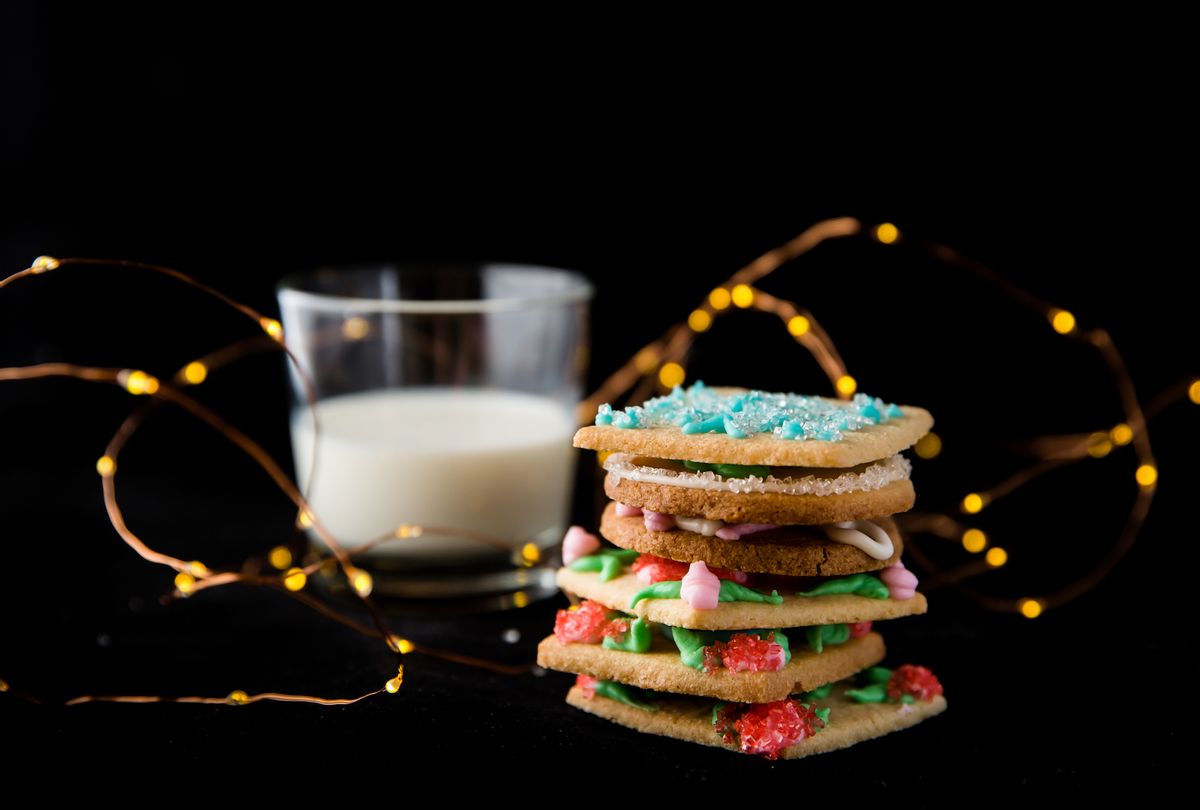 Get festive with food and drink this holiday season. (Arielle Figueredo)
--

Anthony Caporale, Director of Spirits Education at the Institute of Culinary Education, shares a historic Christmastime cocktail from his off-Broadway show, "The Imbible."

Most holiday revelers are familiar with eggnog, so why not this season go back in time and try the precursor to this Yuletide staple, the syllabub?

Syllabubs date back to pre-colonial days in England, where eggs and other farm products were rare as land could only be owned by the nobility. Drinks that included milk or cream were considered to be symbols of good fortune, and so they were used to toast the same.

Originally made from wine mixed with frothy cream, syllabubs evolved into beaten drinks that were allowed to separate overnight. The liquid part of the syllabub was sucked through a spout and the foam was eaten with a spoon.

By the 19th century, the syllabub was generally made from whipping cream with sweetened wine flavored with lemon and fortified with brandy. Once this drink arrived in the United States, American farmers (who owned their own land) added eggs to increase the nutritional value and served it at parties on holidays. Thus, the modern tradition of Christmas eggnog was born!

Note: Beer, wine or cider are all traditional components that can be used. Lager keeps the alcohol content reasonable when you're using brandy and gives it an interesting flavor.

By Anthony Caporale, Director of Spirits Education at the Institute of Culinary Education