"Once you're in that Trump hate tunnel, you kind of don't escape it" 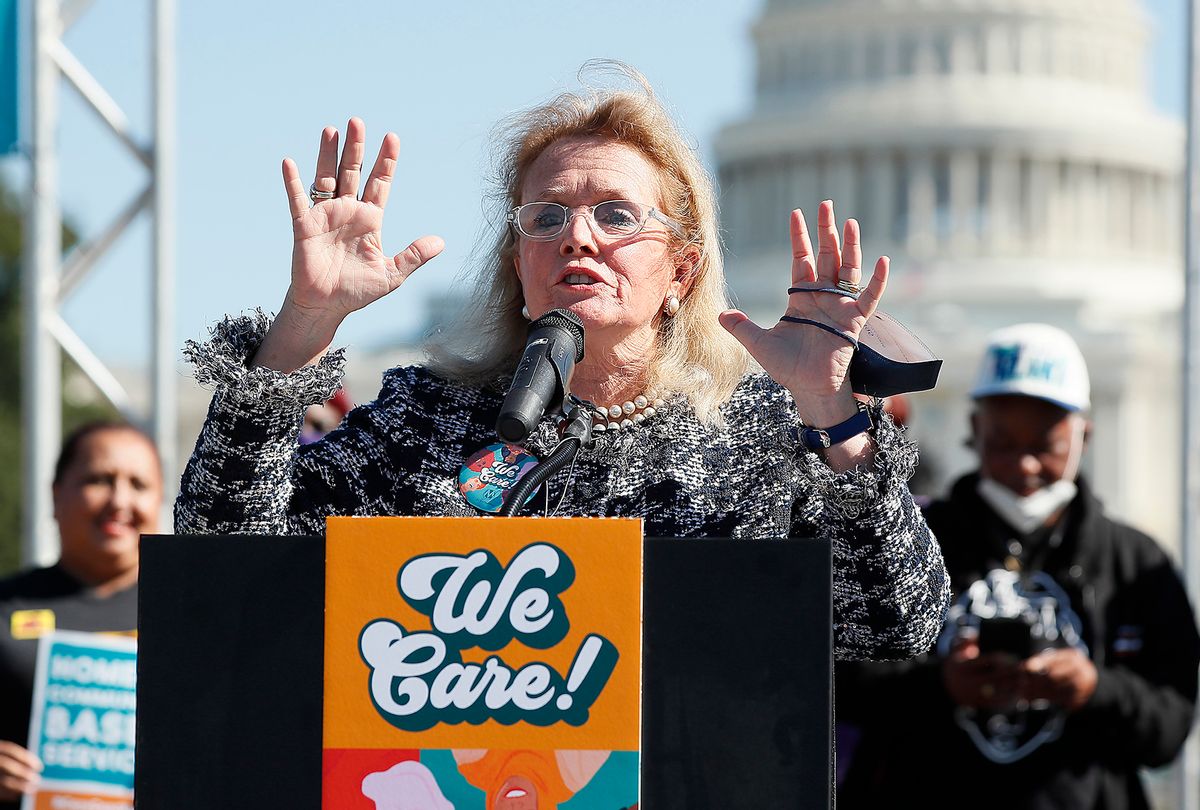 Appearing on CNN's "State of the Union" on Sunday morning to describe the toxicity in Congress that exploded during Donald Trump's four years as president, Rep. Debbie Dingell (D-MI) shared a recording of a vile death threat against her and her family.

With CNN host Dana Bash warning the audience about what was to follow, her producers play the audio where an unidentified man called the member of Congress a multitude of obscene names before stating, "I hope your family dies in front of you. I pray to God, if you got any children, they die in your face."

As for comment afterward by host Bash, Dingell sat in silence for a moment before explaining the recording was one of many threats she has received since being singled out by the former president.

"I've been getting those for a couple of years ever since Christmastime, the Christmas, right after [husband] John had died," she recalled.

"John was my late husband and it -- you know, once you're in that Trump hate tunnel, you kind of don't escape it," she continued. "There are a lot of people that are good, wonderful to meet, et cetera, but we average several of those a week and we're used to it. My friends look at me, it's almost like therapy, and say, 'How can you do this?' But you have to -- we've got to be careful not to normalize it, but I'm not going to not do my job. I'm not going to go out and not be with people. I'm not going to go out and not listen to them. I want the American people to think about what's happening in our country, that this kind of hate, this fear is happening in communities across the country."