How paranoid schizophrenia (briefly) turned me into a Republican

I had untreated paranoid schizophrenia. A media diet of cable news pushed me into a psychotic break 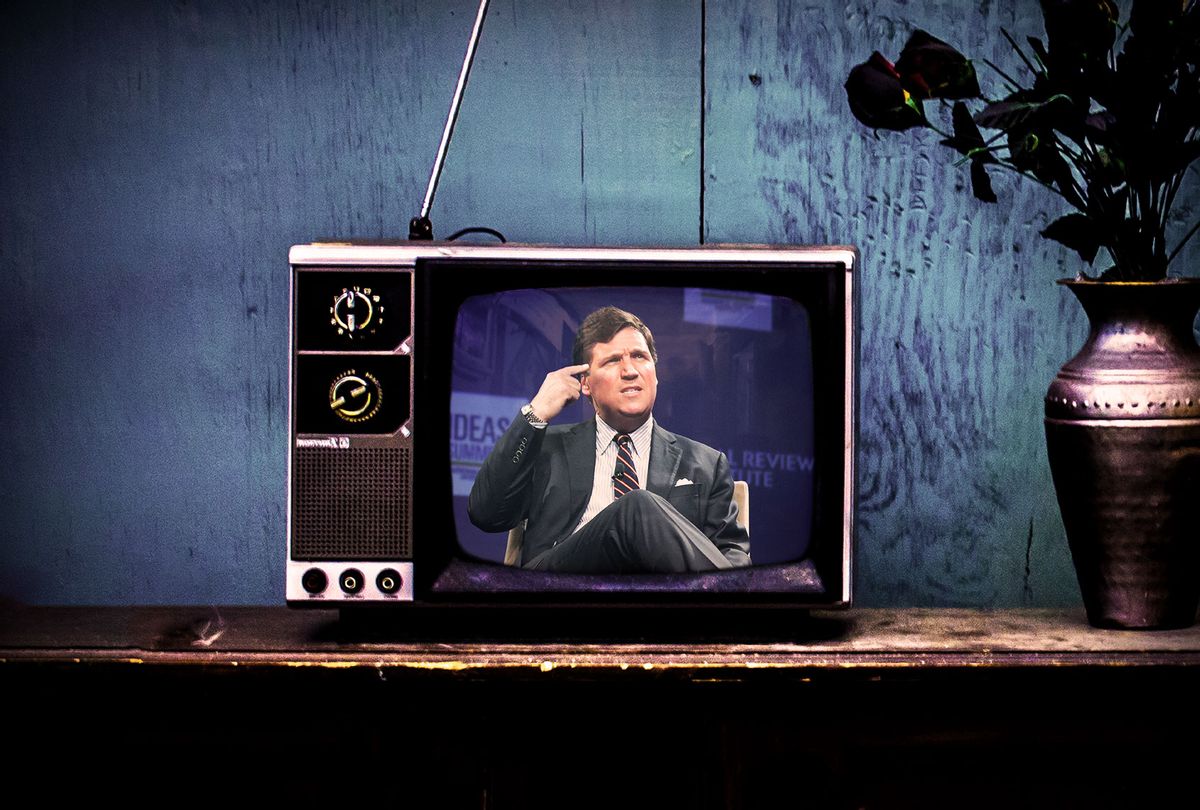 The TV was talking to me. I was in the midst of a delusion that the news anchors on CNN were operatives of a shadow government run by the Clintons. Every time I crossed the living room of my father's dingy basement apartment, their heads followed me and the news anchors interrogated me about my role in the Russia investigation. I believed "Russia investigation" was really code for a global conspiracy to enslave humanity through mind control. President Donald Trump and the Republicans were secretly working to overturn this shadow government and end the deep state programs. Targets of torture like me would be set free.

I turned the channel to FOX News. They repeated over and over that Hilary Clinton was a criminal. Even though I was a Democrat and had voted for Bill Clinton twice, I mailed in the form to join the Republican Party. Then I faxed evidence to the Russian consulate and sent a letter to the CIA offering to cooperate in the investigation.

What I didn't know I was that I was in the advanced stages of untreated paranoid schizophrenia. I was experiencing a psychotic break from reality.

It all seemed so real.

When I was eventually treated, my psychiatrist explained to me, "With paranoid schizophrenia it's just like "The Bourne Identity" — there are people for you, people against you, and somebody always has to be the villain."

I know what you're thinking — thank God they have medication for these people. Now, I wonder, is the average American so different from me? Are we all susceptible to paranoid thoughts, conspiratorial thinking and bias when executive function in the frontal lobes and our ability to reason are disabled by fear?

Terrified by a global pandemic, there are people who believe Bill Gates is an evil mastermind who engineered the coronavirus, with plans to depopulate and microchip the world's population, while profiting in the process. Antivaxxers refuse to take a vaccine they think will alter the structure of human DNA. Our brains seek to impose order. Conspiracy theories can provide answers to people who feel overwhelmed. But ideally the frontal lobes should step in to challenge strange thoughts by asking the question: Is what I am perceiving based in reality?

Dr. Oliver Freudenreich, Co-Director of the Massachusetts General Hospital Psychosis Program, states that there is no generally agreed-upon definition on what constitutes a delusion. From a psychiatric or biological perspective, delusions are driven by excessive amounts of the neurotransmitter dopamine. There is a biological basis to them, and treatment can correct this abnormality. A person with such delusions (e.g., somebody with schizophrenia) is expected to respond to being treated with an antipsychotic medication which blocks dopamine. In other words, one can take a pill and think rationally.

However, many people can't do that if their delusional thinking is part of a worldview that is more an ideology. According to Dr. Freudenreich, when people create their own insular groups — where delusional ideas are never corrected, but simply bounce around in an echo chamber — it is much harder to fight those types of delusions.

Policy divides are now often framed as a battle between good and evil. The most obvious consequence of overheated partisan rhetoric is that someone with an untreated psychiatric illness can go on to commit an act of violence against a person or group that they believe is a perpetrator of their suffering. This is rare. More common is the normal person who goes down the conspiracy theory rabbit hole and finds a world that makes sense to them.

On January 6th, 2021, incited by President Trump and believing the election had been stolen, a mob attacked the Capital building. Some in the crowd showed up for the "Storm," which is a QAnon conspiracy theory that posits that Trump was planning mass arrests of a secret cabal of satanic pedophiles and coup plotters, headed by Hilary Clinton and George Soros. Capitol police described the scene as being like fighting a medieval battle.

Social dynamics can propagate conspiracy-based thinking that mimics biologically triggered delusions. But there is no medication that will stop mass violence fueled by conspiracies.

I was a forty-six-year-old filmmaker when I suddenly began to have paranoid thoughts that people were following me. When I lost my day job due to bizarre behavior, I lost my excellent health insurance. I was dumped into America's broken mental health care system that offers substandard psychiatric care to patients on Medicaid, while spending vast amounts of taxpayer money. Misdiagnosed and neglected at the county hospital, I got sicker and sicker … until the TV started talking to me.

Years of my life are now gone. I try not to be bitter that I ended up unemployed, bankrupt and almost homeless, when all I needed was proper medical care. Every day I am grateful that I didn't wind up living on the streets or locked up in prison, like so many people with schizophrenia.

It's easy to mock people who think Bill Gates wants to put a microchip in them with the coronavirus vaccine. But it's much harder to separate conspiracy theorists' larger existential fears from our own. We're approaching the second year of a global pandemic, which is causing mass anxiety and depression. The internet routinely displays images of future roads in major cities as gushing rivers due to climate change. Billions of fish were boiled in the American Northwest and Canada during an unprecedented heatwave this summer. If someone's mind starts spinning with their wildest fears and finds solace in a conspiracy theory, can you really blame them?

Television is a powerful medium. CNN and FOX News repeat the same headlines, the same phrases, over and over in the same news day. Back then, these read to my unhinged mind as coded speech; to the unsuspecting public, it is more akin to propaganda. When I was psychotic, I thought a shadow government had a ministry of propaganda and they colluded across networks. I worry about living in a country where the two major political parties are always at war, unable to get anything done, and the public is fed a delusional world by networks and social media companies competing for viewers.

People with paranoid schizophrenia see patterns that don't actually exist. Just like conspiracy theorists, they are constantly scanning the news for pieces of information to connect the dots about unseen forces controlling events. Both groups believe they are being persecuted by others. I had grandiose beliefs that I was at the center of every news story on TV. My mind was looking to cast a villain to account for the symptoms of a brain disease. The media handed me a culprit to blame.

Dr. Anthony Fauci has complained about the extraordinary divisiveness surrounding the public health crisis created by the pandemic. The current battle is over masks and vaccines. FOX News paints the Democratic Party as a threat to democracy that has invented domestic enemies, such as the unvaccinated, to desperately cling to power. News anchors across CNN repeat the phrase "viral blizzard" to warn the public and scare the unvaccinated about the new variant. Fear mongering is psychologically destabilizing to the most normal person. But this media environment can be toxic to someone with an untreated psychiatric illness. I wish politicians and their media allies would stop contributing to the collective unraveling of the American mind.

Read more on mental health and the political divide:

Patty Mulcahy is a filmmaker and writer based in Boston. She recently completed a memoir titled “Mind Bomb.” Follow her on Twitter: @mulcahy_patty