What the hock is a ham hock?

Why you need to start cooking with this part of the pig, stat 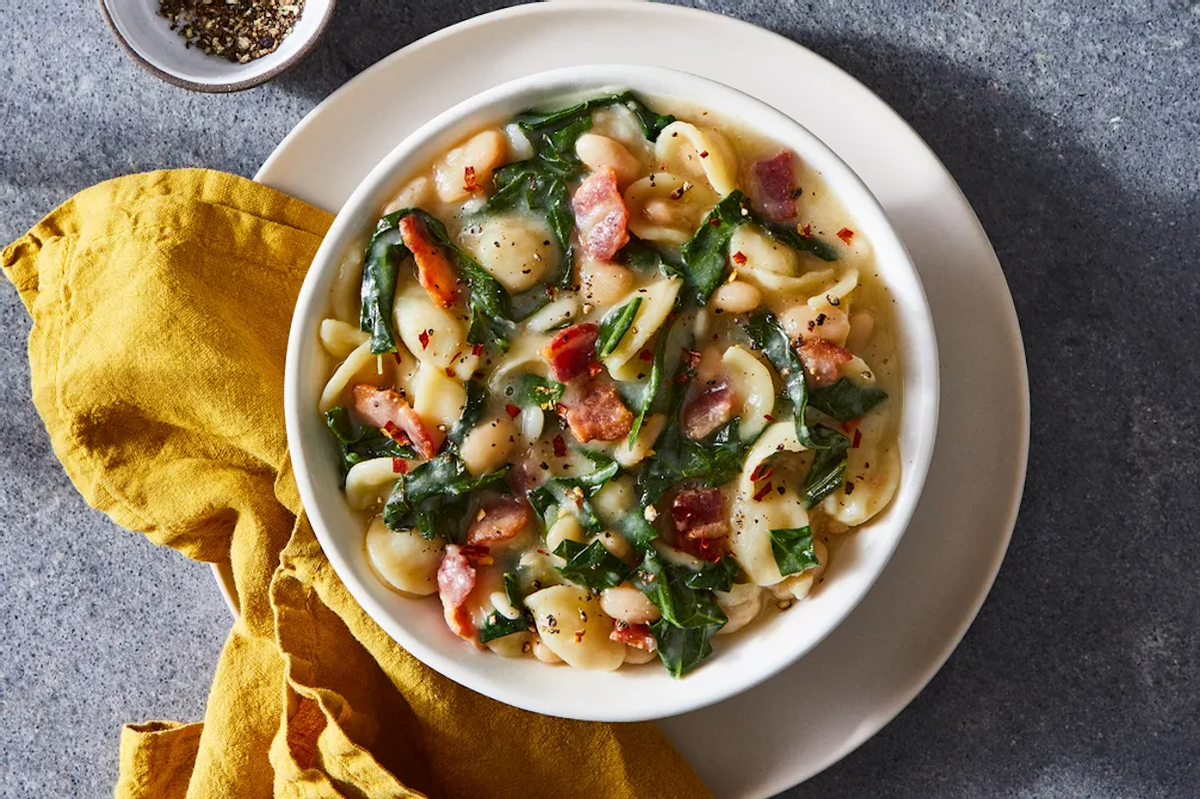 If you've ever had slow-cooked collard greens or stewed pinto beans or navy beans, there's always that deeper, saltier flavor lingering in the background. Sometimes it's due in part to bacon or pancetta, or if you're a vegetarian, miso paste and mushrooms, but often the flavor comes from a ham hock, which is a cut of pork that's also known as pork knuckle.

What are ham hocks?

On first read, they're not the most appealing cut of meat. Pork knuckle is the joint that attaches the ankle and calf of a pig; this cut of meat contains plenty of connective tissue, skin, tendons, and ligaments. This is why hocks take a lot of cooking to become tender. Ham hocks are typically cured with salt and smoked, which brings out the very best flavor of the knuckle. However, as all of the collagen and fat in the hocks breaks down and caramelizes, it renders a smoky, savory flavor that enhances soups, stews, and sauces.

Where to find ham hocks

While you might now see them on display at your local grocery store, ask any butcher and they should be able to provide you with ham hocks. They're usually sold in pairs and are an inexpensive cut of meat, which makes them a great alternative to pricier, smoked pork products like bacon, pancetta, or guanciale.

If you can't get your hands on ham hocks, or are in a cooking pinch, you can use bacon, pancetta, guanciale, or smoked pork sausage in place of them. You can also use other parts of the pig that are packed with flavor but less prized like jowl bacon, pig trotter (the feet), or the ears.

For a vegetarian or kosher substitute, there are plenty of other ways to build heat and smokiness in a recipe. Try spices like smoked paprika, cayenne pepper, or red chile flakes, or other robust umami ingredients such as tamari, miso paste, dried mushrooms, fresh ginger, chile paste, or a pinch of saffron.

"There's not a single meat I love using to flavor a pot of beans more than smoked pork hocks (so far)," says recipe developer Jarrett Melendez. "Since they've already been cooked low and slow, the tissues have been broken down, easily releasing collagen and gelatin into the mix. Simmering smoked hocks with your beans is going to draw both of those out and into the broth, making it rich, thick, and sticky."