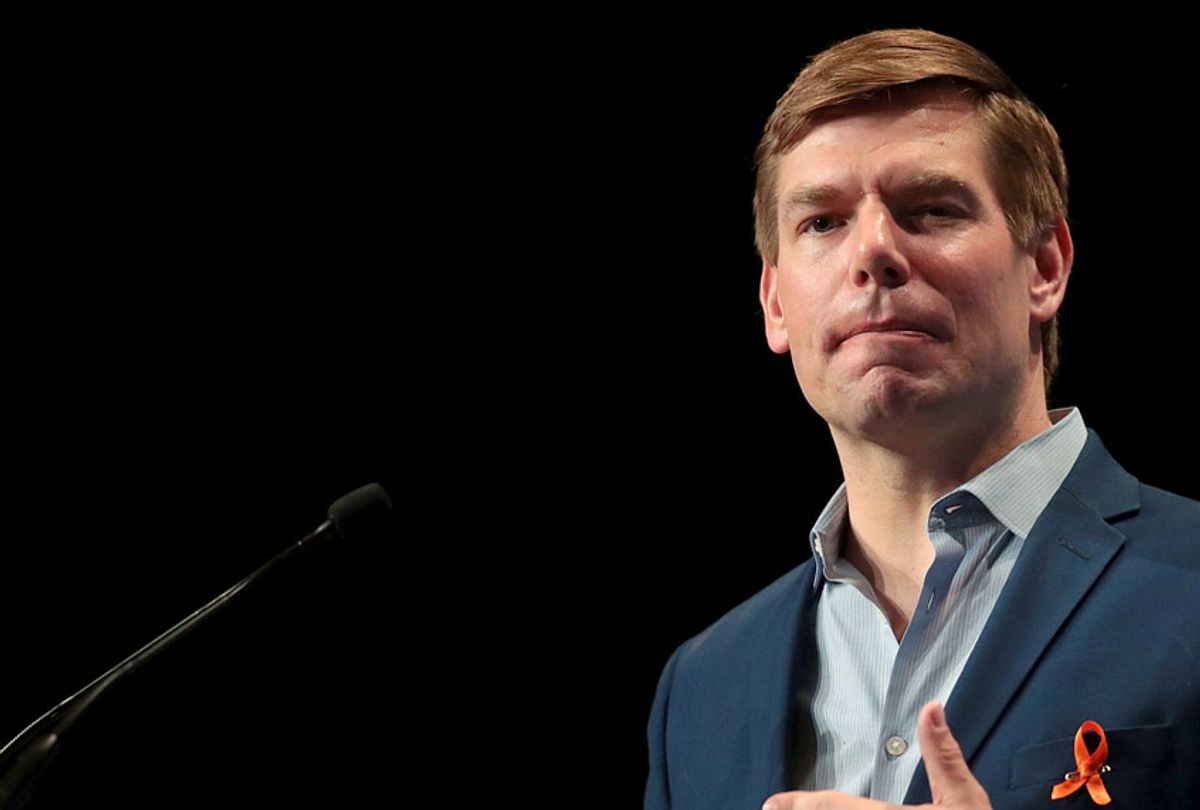 Democratic California Congressman Eric Swalwell on Thursday managed to identify a social-media user who threatened his life after Twitter reportedly failed to help.

"A man DM'd I should be shot," Swalwell wrote. "For my family's safety, I asked Twitter for help ID'ing him. When Twitter fell short (thanks for trying!) I asked the guy his name (stringing him a bit) & why he threatened me. Meet Jeremy Marshall who told me he was radicalized by Tucker Carlson."

Swalwell shared screen shots of his direct message exchange with Marshall, who wrote, "Traitor hopefully u get hung one day. Traitor u should be shot."

Swalwell responded by striking up a conversation with the man, asking his name and where he was from. When the man identified himself as Jeremy from Canada, Swalwell played along.

"Ur a lot more personable than you come across," Marshall wrote, before revealing that his threats against Swalwell were based on allegations about the congressman's relationship with a Chinese spy.

Swalwell responded by sharing a news article in which the FBI indicated that he is not suspected of any wrongdoing.

"I did nothing wrong," Swalwell wrote, calling the attacks against him based on the spy controversy "Fox News targeting."

When the man hesitated to give his last name — acknowledging that he "said some mean things" and "could get in some trouble," Swalwell wrote, "Oh no way. We're totally cool."

RELATED: Dem lawmaker shares vile audio of death threats against her family since Trump targeted her

The man then identified himself as Jeremy Marshall, before apologizing for the threats and admitting that he "got dragged down the rabbit hole" and "saw red" based articles he read about Swalwell.

After Marshall said he works as a contractor, Swalwell indicated he has family in Canada and would refer them to the man's business, asking for the name of it.

When Swalwell asked Marshall where he gets his news, he identified Carlson, the Fox News host, as well as podcaster Joe Rogan.

After sharing screen shots of their conversation, Swalwell wrote on Twitter: "I engaged with this guy solely to learn as much as I could about his identify to share it with law enforcement. I do not have any family in Canada, I was trying to get information about his business."

"Bottom-line: the lies from Tucker and others are radicalizing people across not just America but the world," Swalwell added. "And the lies are inspiring people to make threats of violence against lawmakers. Tucker & Co. know this. And that's why they tell their lies. They want to incite the mob."

"Finally, please do not threaten/harass Jeremy. Let the law/Instagram hold him accountable," he wrote.

It's unclear why Swalwell sought Twitter's help identifying Marshall given that their conversation apparently occurred on Instagram. Marshall's Instagram account, where he goes by "out4bling," is set to private.

Read the full thread below: