What matters most: Not what happened already — but what we do now

Ultimately the Detroit riots of 1967 made us stronger. That can happen again — if we have the strength to change 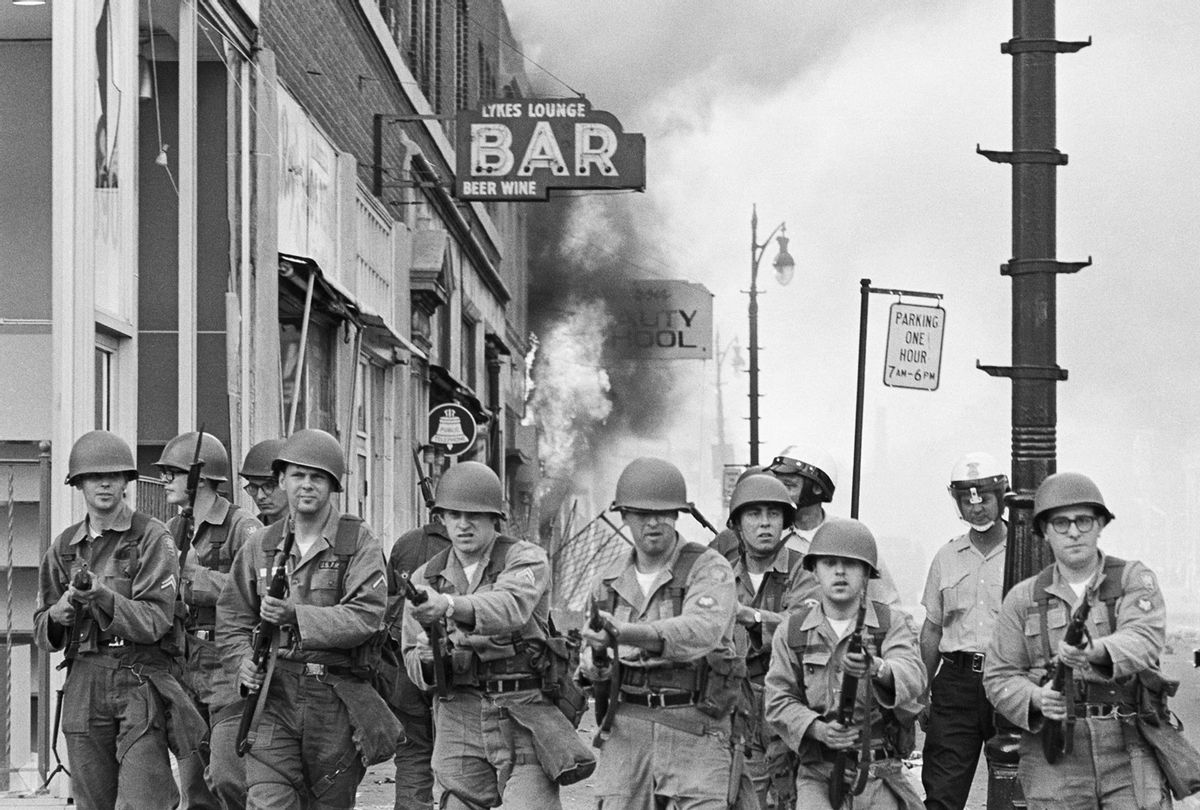 There's been a lot of existential talk about this country over the past year. You know what I mean: Will our democracy survive? I'm not at all against asking such a question, especially during the year that we experienced the first assault on our Capitol since before the Civil War. But waving a Confederate battle flag before statues of distinguished Americans in the building that houses our Congress does not a revolution make. Nor does the incompetent occupation of the Senate chamber or the theft of documents from the desks of lawmakers.

We've had battles between cops and protesters and rioters before. Remember Chicago in 1968? The Watts riot, the Newark riot, the riots in cities around the country after Martin Luther King Jr. was murdered? The riots in Los Angeles after the Rodney King verdict? The Stonewall riot? These protests and riots have all come to be seen as understandable if violent reactions to outrages visited upon Black people, gay people and even upon the Democratic Party at its convention during a year of political turbulence over the Vietnam War.

The United States of America survived those violent insurrections against racism, against the political establishments of major cities, against the mass arrests of our fellow citizens that took place at the Stonewall, against a war 10,000 miles away that was killing thousands of Americans and hundreds of thousands of innocent Vietnamese civilians. Indeed, you could make the case that the country turned out better because of those violent interruptions of our public and political life. The country will survive the insurrection that took place on Jan. 6, 2021, as well, but the jury is still out on whether we will emerge from the political upheaval we continue to face better or worse for the experience.

RELATED: 50 years ago, I graduated from West Point and covered the Stonewall uprising for the Village Voice

What matters isn't so much that these American insurrections took place as why — and what change they made possible. It's instructive, even astounding, to look back at the year 1967 and what was called its "Long Hot Summer" of riots around the country. The Detroit riot alone was enough for inner-city rioting to make history that year. The city exploded after a police raid of an unlicensed, after-hours bar on Detroit's Near West Side. Tensions between the city's Black community, its political establishment and, especially, its police force had been simmering for years. Racial segregation was endemic in Detroit, with redlining and other forms of housing discrimination segregating Black citizens in certain neighborhoods and keeping them from buying homes or property in others. Policing in the Black neighborhoods was overtly racist. Some 93 percent of the police force was white in a city that was 30 percent Black. So-called "stop and frisk" policy in Black neighborhoods led to arrests of citizens for failure to carry IDs. Several police shootings of unarmed Black men preceded the riot in the summer of 1967. Police brutality was the biggest issue in the Black community.

The riot broke out in the early morning hours of July 23 and went on for five days. Forty-three Detroit citizens died. More than 1,100 were injured. More than 400 buildings were destroyed. Police made over 7,200 arrests, and the violence got so bad that Gov. George W. Romney (yes, that was Mitt Romney's dad) called out the National Guard and ordered more than 300 Michigan state police to the city. President Lyndon Johnson invoked the Insurrection Act of 1807 and dispatched active-duty units from the 82nd and 101st Airborne divisions to the city to help quell the violence.

The Fair Housing Act of 1968 was at least in part inspired by the Detroit riot. The Civil Rights Act of 1968, in which the Fair Housing Act comprised Titles VIII and IX, also included the Anti-Riot Act. You may recognize 18 U.S.C. § 2101 and 18 U.S.C. § 2102, which made it a crime to incite a riot or promote and participate in a riot, or to aid and abet any person participating in a riot. We have become very familiar with these parts of the U.S. Code because they have been cited recently as the laws which may have been violated by the likes of Steve Bannon, Mark Meadows, Jim Jordan, Mo Brooks and even Donald Trump in their actions preceding and during the assault on the Capitol.

Laurence H. Tribe, the famous constitutional scholar at Harvard, and two co-writers invoked the Anti-Riot Act in a recent op-ed for the New York Times entitled "Will Donald Trump Get Away With Inciting an Insurrection?" Their story raises a comparison between the Russia investigation conducted by Robert Mueller and the indictments he rather rapidly produced against Trump campaign figures like Paul Manafort, Rick Gates and George Papadopoulos, and asks why Attorney General, Merrick Garland hasn't produced similar indictments of senior Trump and Republican officials in the investigation of Jan. 6.

Tribe wrote several op-eds for prominent newspapers during the Russia investigation raising questions that he felt needed to be answered, such as "Is Devin Nunes Obstructing Justice?" More recently, he provided a "roadmap" in the Washington Post for the Justice Department to follow in prosecuting Trump, and (seemingly presciently) on Jan. 4, wrote in the Boston Globe that "Trump's crime spree must not escape investigation."

Following the links associated with Tribe's Russiagate editorials and other commentary surrounding Trump's connections to, or responsibility for, the events of Jan. 6 is like going down Alice's rabbit hole with their reminders of Trump's scandals long past. "There's good evidence that the Kremlin was planning a secret operation to put Trump in the White House back in 2014," reported former NSA agent John Schindler back in the day.

Other reports had it that "sources close to the intelligence community" said that Trump, Mike Pence and Paul Ryan were all going to be arrested on racketeering charges for collaborating with Russia. A post on Medium claimed that Trump's Muslim ban was "a trial balloon for a coup." Names like Carter Page, Michelle Bachman, Jason Chaffetz and James Comey, and references to "pee tapes" and Russian prostitutes, pop up like ghosts from a past that we have forgotten in favor of more recent bogeymen (and women) like Tucker Carlson and Marjorie Taylor Greene.

Do you see where I'm going with this? There will come a day when we will remember Liz Cheney about as well as we remember who was in charge of the House managers in the first impeachment trial of Donald Trump. Do you remember who that was? The answer is Adam Schiff, who as it happens now sits alongside Cheney on the House Select Committee on the Jan. 6 attack.

The insurrection at the Capitol was a coup attempt that failed, but what matters as we close out the first year of Joe Biden's presidency isn't whether Trump will be indicted — I rather doubt it — but whether we can beat him at the ballot box in 2024. What began to address the problems that led to the riots of 1967 and 1968 and 1969 were changes in the makeup of the people who govern us. The same kinds of changes will be necessary to address the problems we face after the insurrection at the Capitol. It will be a slog to maintain control of the Congress and the White House, and a slog to retake control in state governments so we can begin to correct the horrors about women's rights and other civil rights that the Trump Supreme Court is about to visit upon us.

As we enter 2022, we face an implacable foe in a Republican Party bent on stealing what it cannot earn. Right-wingers are happy to reignite battles we thought we had won over bigotry and misogyny. They know what's at stake. What matters most to us must be what matters most to them: winning. What kind of country we will be, and the way that we live our lives and our children will live theirs, depends on our votes and our dedication to the rule of law. Nothing else matters.

More from Lucian K. Truscott IV on the state of America: