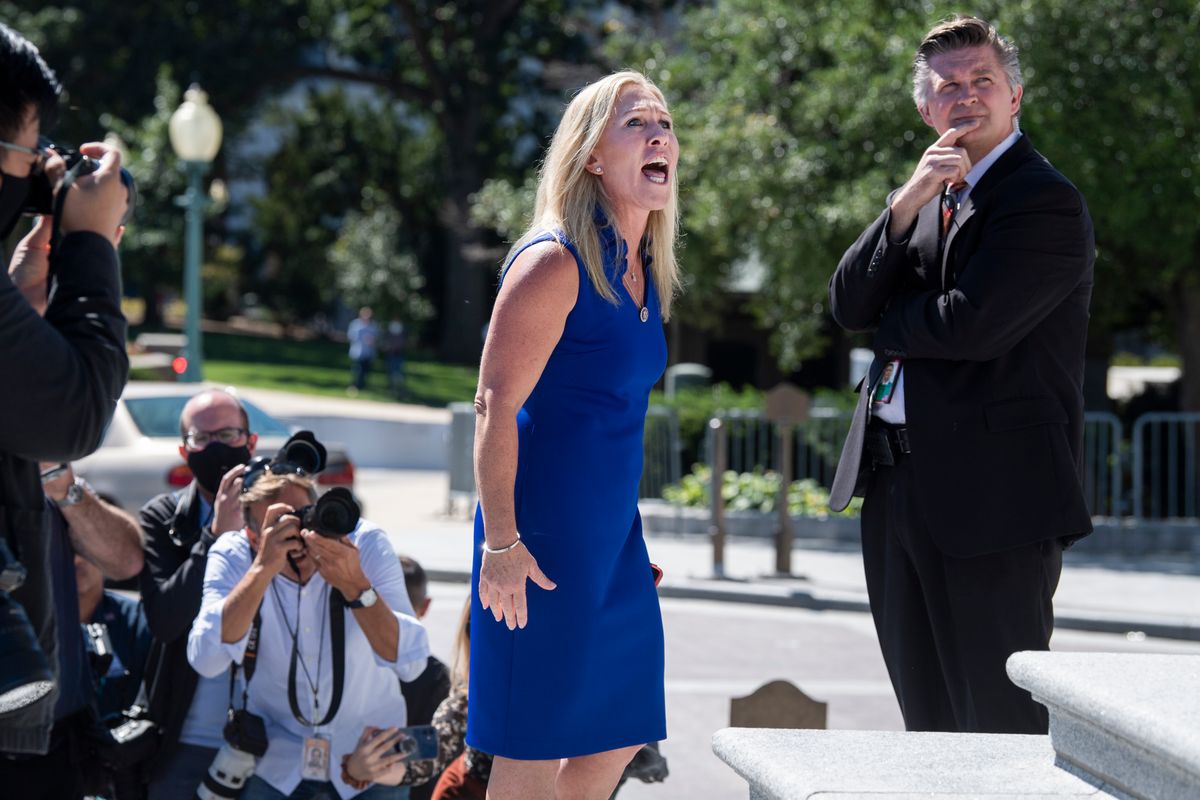 Twitter has permanently suspended one of Rep. Marjorie Taylor Greene's accounts for "repeated violations" of its COVID-19 misinformation policy, a spokesperson for the service confirmed Sunday.

Her final tweet falsely referenced "extremely high amounts of Covid vaccine deaths" — a phenomenon with no basis in reality that nonetheless has been often repeated across right-wing media. The social media giant called it her fifth and final "strike."

The controversial representative has been suspended from Twitter temporarily in the past for spreading false information about COVID-19 and conspiracies related to the 2020 election. The company warned her back in August that it would permanently take down her account if she violated its policies again, calling a post about vaccines "failing" her fourth "strike." She was also suspended from the platform less than a month earlier for another post that claimed COVID-19 was not dangerous to anyone unless they are obese or elderly.

"We've been clear that, per our strike system for this policy, we will permanently suspend accounts for repeated violations of the policy," Katie Rosborough, a Twitter spokeswoman, told The New York Times in a statement.

Twitter's decision to permanently ban a sitting congressperson comes just one year after it decided to hand down a similar ban to then-President Donald Trump in the wake of the Jan. 6 Capitol riot.

In response to the ban, Greene released a statement on alternative social platform Telegram, a favorite of the far-right for its lax moderation strategies.

Read more on MTG (if you must):