How reliable are at-home COVID tests? Here's what we know

If you test negative, but you have symptoms, you might want to test again 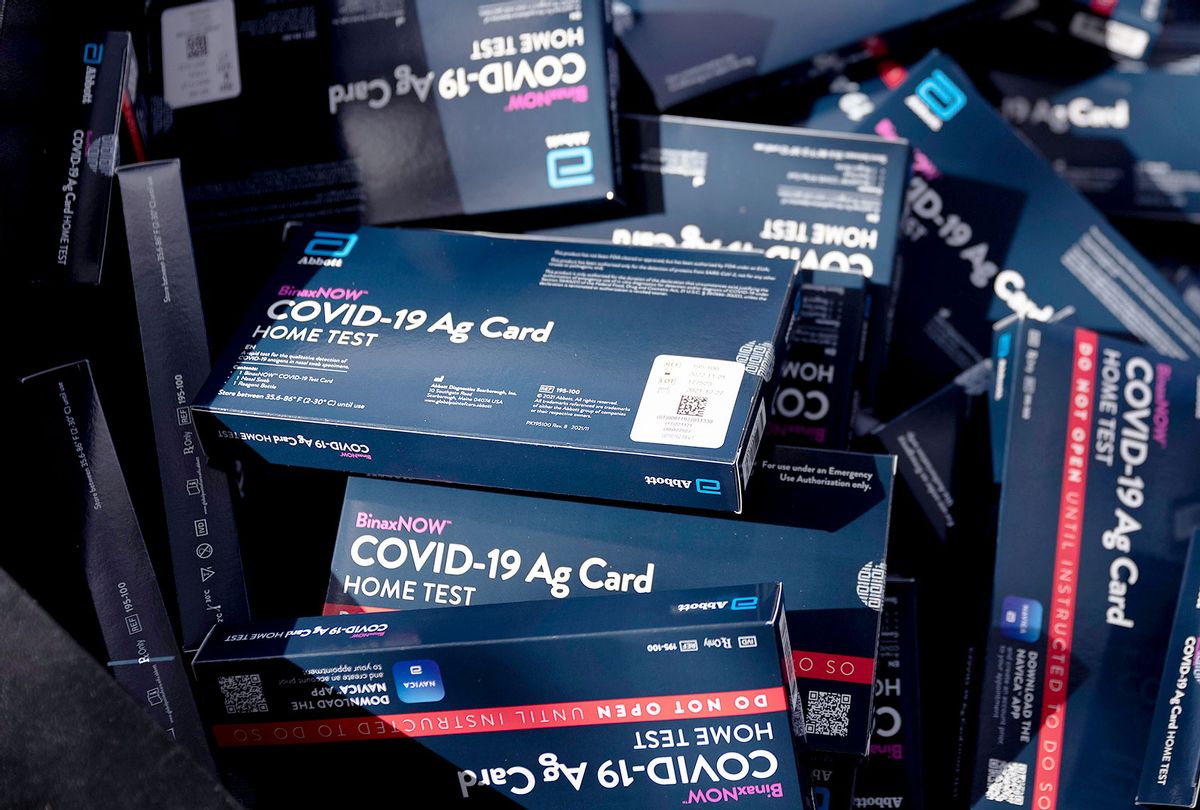 COVID-19 at-home rapid test kits are given away during a drive-thru event at the Hollywood library on December 30, 2021 in Hollywood, Florida. Broward County began distributing a limited supply of the kits to residents while supplies last. The distribution started today and runs through tomorrow at drive-thru sites outside of nine county libraries. (Joe Raedle/Getty Images)
--

As the omicron variant continues to spread across the United States, at-home COVID-19 antigen tests have become an in-demand item.

During the holiday season, at-home tests became stocking stuffers. Some families required that family members take such tests before attending gatherings. Yet because of high demand, such tests are in short supply — and across the country, there have been multiple reports of shortages at stores.

Meanwhile, some municipalities have chosen to give away free at-home tests as cases surge following holiday gatherings. In Connecticut, demand far outweighs supply. In the county of Los Angeles, public health officials have established a program offering free, at-home COVID kits via mail to all county residents who have symptoms or have been exposed.

Given the scarcity of tests, and their relative lack of controversy compared to vaccines or mask mandates, the call for free or discounted COVID tests is a politically popular idea. Indeed, President Joe Biden recently announced new measures to ensure Americans have access to free testing. As part of this initiative, the Biden administration promised to buy half a billion at-home tests to be provided to Americans for free this winter, starting in January.

Yet just as with any medical test, taking one outside of a controlled medical setting can sometimes lead to mistaken results — as a layperson is not as careful of an administrator of medical tests as, say, a nurse or phlebotomist. Fortunately, many experts agree at-home COVID tests are generally quite accurate, assuming the taker follows instructions carefully. In an interview on NBC's "TODAY" show, Centers for Disease Control and Prevention (CDC) Director Dr. Rochelle Walensky told the audience that they are both sound as well as "helpful."

"Antigen tests are really helpful for things like testing to stay in school, where we're getting an antigen test every day, or every other day, or where they're using them in higher education to screen students every several days, that's where they perform really quite well, as well," Walensky said.

"But what we would reiterate [is] that if you have a negative antigen test and you have symptoms, then you should go ahead and get that PCR test," Walesnky said.

At-home COVID tests that do not need to be sent back to a lab are antigen tests, which work by detecting the presence of substances called antigens that stimulate an immune response against COVID-19. The presence of antigens is an indicator that a patient has the SARS-CoV-2 virus.

Polymerase chain reaction tests, also known as PCR tests, are considered the gold standard for detecting the virus — but these require much more time and support, which ultimately makes it so that PCR tests can detect even the smallest trace of the virus. The samples for PCR tests can be taken at home, but they must be analyzed in a lab setting.

In any case, the key advantage of at-home antigen testing is its ability to give a result in 15 minutes. While they vary by brand, at-home tests generally work like this: a person swabs their own nostrils and then exposes the sample to a liquid chemical, which will then determine if they are positive or not by detecting the presence of the antigen being tested. There are a handful of these tests on the market, including the Ellume Covid-19 Home Test, the Abbott BinaxNOW, and the Quidel QuickVue At-Home Covid-19 Test.

While it is accurate to say that PCR tests are more accurate than at-home antigen ones, antigen tests still play an important role — especially as omicron spreads.

Dr. Amesh Adalja, a senior scholar at the Johns Hopkins Center, told Salon that in deciding on which test to take, it depends on the reason.

"There are two questions to ask a COVID-19 test: 'Am I safe to be around other people? Or what am I sick with?' Those are the two questions that any tests will answer for you when it comes to COVID," Adalja said. "When it comes to the person getting tested, if they're just testing asymptomatically to understand whether or not they can be around other people, an antigen test is perfectly sufficient," he said. "If you are positive, that tells you that you have enough virus in your nose or your mouth to be able to infect other people; if it's negative, that tells you you're not a danger to other people at that moment."

At-home antigen tests such as BinaxNOW or QuickVue have an accuracy in the range of 85 percent, meaning they miss about 15 out of 100 people who are infected. However, they are known to be good at detecting an infection when a person has a high viral load, meaning the point of illness that someone is most likely to infect others. The test is more likely to produce a false negative than a false positive (though false positives can happen, as the MIT Technology Review found). If one tests negative, yet is showing symptoms, Adalja said that person should press on with trying to uncover why they are sick.

For those who are ill with COVID-like symptoms but test negative on an antigen test, "you don't want to expose other people just based on that first negative test," Adalja said. "You want to repeat it, and you may need to get another test; you might need to get a formal antigen test at an urgent care center or or a PCR test; or you could have influenza."

Adalja emphasized that PCR tests do not measure contagiousness.

"A PCR test picks up minute amounts of virus — so you might recover from COVID 10 weeks ago and still be positive on a PCR test, but you're not a danger to others," Adalja emphasized. "I think that antigen tests and PCR tests are both extremely valuable and both have their own roles; if you're trying to decide whether or not you are contagious, whether you are a danger to other people, the antigen test is a first line test if you have symptoms."

What if you test positive for COVID-19 on an at-home COVID-19 test?

"If you're positive, then you have an answer on an antigen test at home," Adalja said.

According to the Centers for Disease Control and Prevention, if you do test positive on an at-home test, it's time to quarantine.

"A positive self-test result means that the test detected the virus, and you are very likely to have an infection and should stay home or isolate for 10 days, wear a mask if you could have contact with others, and avoid indoor gatherings to reduce the risk of spreading disease to someone else," the CDC states on its website. "A negative self-test result means that the test did not detect the virus and you may not have an infection, but it does not rule out infection."

As for at-home antigen tests detecting the omicron variant specifically, U.S. health officials recently said early data suggests they may be less sensitive at picking it up. However, the agency still recommends them as a way to test at home.

"The FDA continues to authorize the use of these tests as directed in the authorized labeling, and individuals should continue to use them in accordance with the instructions included with the tests," the FDA stated. "Antigen tests are generally less sensitive and less likely to pick up very early infections compared to molecular tests."