After Jan. 6, secularism is the crucial "guardrail" — and it's fatally weak in America

James Madison blew it — by failing to restrict the power of religion in public life. Fixing that is crucial now 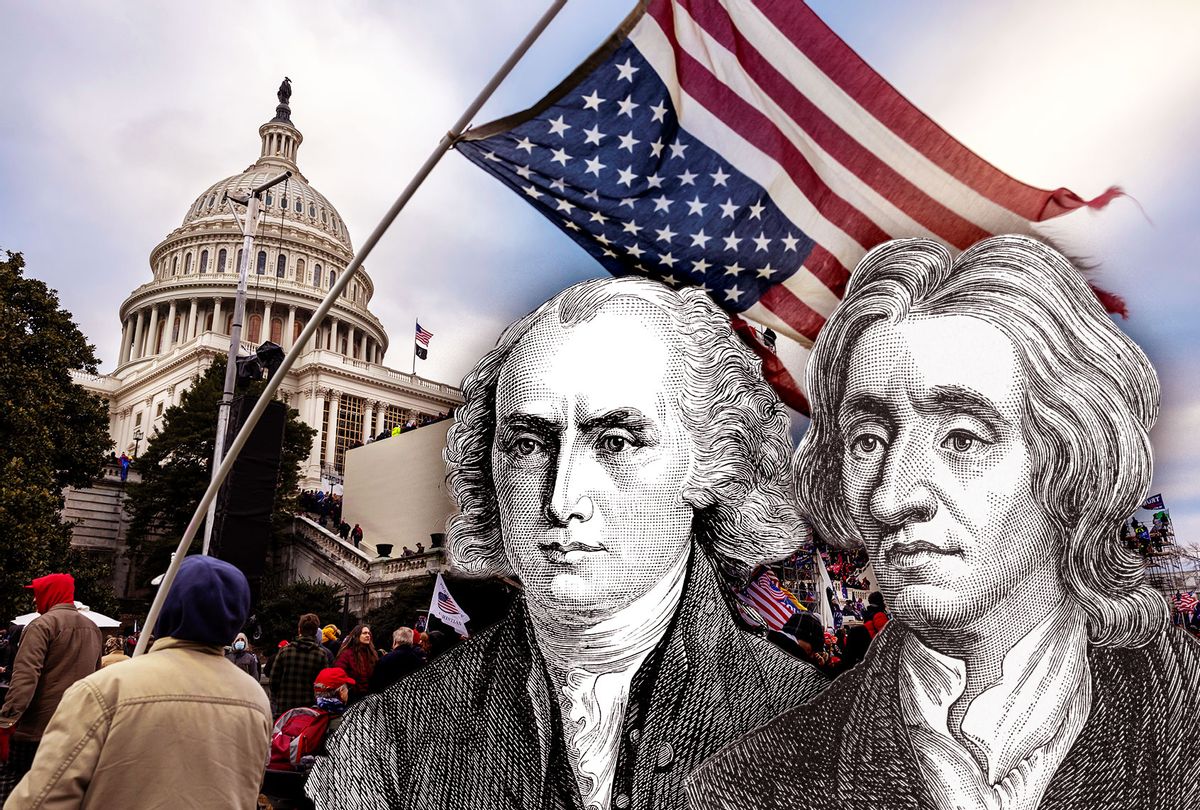 The free exercise of religion — or, more precisely, the free exercise of conservative Christian religions — is increasingly assuming the cultural, and even legal, stature of an inalienable American right. In the name of "religious freedom," county clerks, doctors and bakers openly discriminate against LGBTQ citizens. Our rightward-charging judiciary lets worshippers congregate during a pandemic; religious devotion, apparently, trumps public safety.

To understand where this free-exercise fundamentalism may lead us, we need look no further than the insurrectionists of last January and their boundless sense of religious entitlement. Michael Sparks, who was among the first to breach the Capitol, enthused on Facebook: "We're getting ready to live through something of biblical purportions [sic] be prayed up and be ready to defend your country and your family." Jacob Chansley, the so-called QAnon Shaman, intoned a prayer about the rebirth of America — on the floor of the Senate, whose evacuation he and his co-rioters had just triggered.

On Jan. 6, 2021, a mob filled with religious extremists, among others, nearly upended one of the world's oldest and stablest liberal democracies. Could any comparable display of free exercise have occurred in France or Canada or Uruguay or India, or any country with clear constitutional guidelines about the relation between government and religion?

This unfortunate instance of American exceptionalism has many explanations. I call attention to one: the weakness of secularism in the United States. "Secularism" is a term that has been so relentlessly maligned by its enemies that its meaning is difficult to discern. Having just written a primer on the subject, let me note that political secularism, at its core, is a philosophy of governance.

Far from being equivalent to atheism, as its critics allege, secularism's origins may be traced to medieval Christian disputes about the papacy's expanding powers. During the Protestant Reformation, the terms of the debate shifted. The dilemma no longer involved curtailing the authority of the church, but rather how a government could prevent unfathomable violence between churches. Enlightenment thinkers concluded that religions — those force-multipliers of human passions — needed to be governed.

In "A Letter Concerning Toleration" (1689), John Locke outlined secular protocols of governance. The state must let citizens believe anything they wish about the divine (this is known as "freedom of conscience"). It must never establish, favor or ally itself with one or more faiths (this is often referred to as "disestablishmentarianism" or "state neutrality''). It must treat all religions and religious citizens equally (I call this the "equality" principle).

Naturally, a secular state must permit citizens the free exercise of their religious beliefs. Yet here Locke added one crucial caveat. The right to free exercise, he insisted, is not absolute. Free exercise cannot diminish or endanger the rights of others, or the security of the state.

This position was neither controversial nor original. It was common sense. The 1663 Charter of Carolina granted free exercise as long as persons "do not in any wise disturb the peace." After a similar grant, the 1776 constitution of North Carolina warned: "nothing herein contained shall be construed to exempt preachers of treasonable or seditious discourses, from legal trial and punishment."

Which brings us to the First Amendment, whose relevant clauses simply read: "Congress shall make no law respecting an establishment of religion or prohibiting the free exercise thereof." Our Constitution fails to acknowledge what was abundantly clear to lawmakers a century earlier, not to mention almost every subsequent constitution in secular countries: Namely, there must be a limit on free exercise of religion.

Why James Madison omitted this obvious proviso is beyond my comprehension. I simply observe that his omission undercuts secularism's governing function. It thus leaves American democracy vulnerable to the types of ructions we witnessed last January.

American secularism must confront the poor hand dealt to it by the Constitution and chart a new legal course. Secularists might invoke the "equality" principle mentioned above. Letting the 14th Amendment interrogate the First, secularists could argue that unchecked free exercise deprives religious minorities of equal protection under the law.

Latter-day Saints were prohibited from practicing bigamy in the 1878 Reynolds case. Native Americans' free-exercise right to ingest peyote was denied in the 1990 Smith decision. As for "nones" — those with no religious affiliation — can they even possess free exercise rights?

For right-wing Protestants (and, increasingly, right-wing Catholics) free exercise has been a godsend. Via the Supreme Court, conservative Christian theological prerogatives are poised to shape every aspect of everyone else's life on issues ranging from reproductive freedoms to education to gun legislation. Free exercise, as currently practiced, is a boon to the majority.

Secularists should steward a more sophisticated discussion of "religious freedom." Politicians and assorted intellectuals lazily depict public expressions of faith as providing exponential benefits for the commonweal. Prayer circles at football games, candidates who do "God talk" on the campaign trail, Latin crosses on federal property — all of it is assumed to make our nation stronger.

Perhaps, but the January insurrection reminds us of a craggy secular intuition: Religious passion has a dark side, a volatility that only the state can contain. Much is made of the condition of our democracy's "guardrails"; the time has come to recognize a functioning, re-energized secularism as a crucial defense against what happened last Jan. 6.

Read more on the current state of America's religious wars: