The White House is touting a record unemployment rate. But what does that mean in the age of COVID? 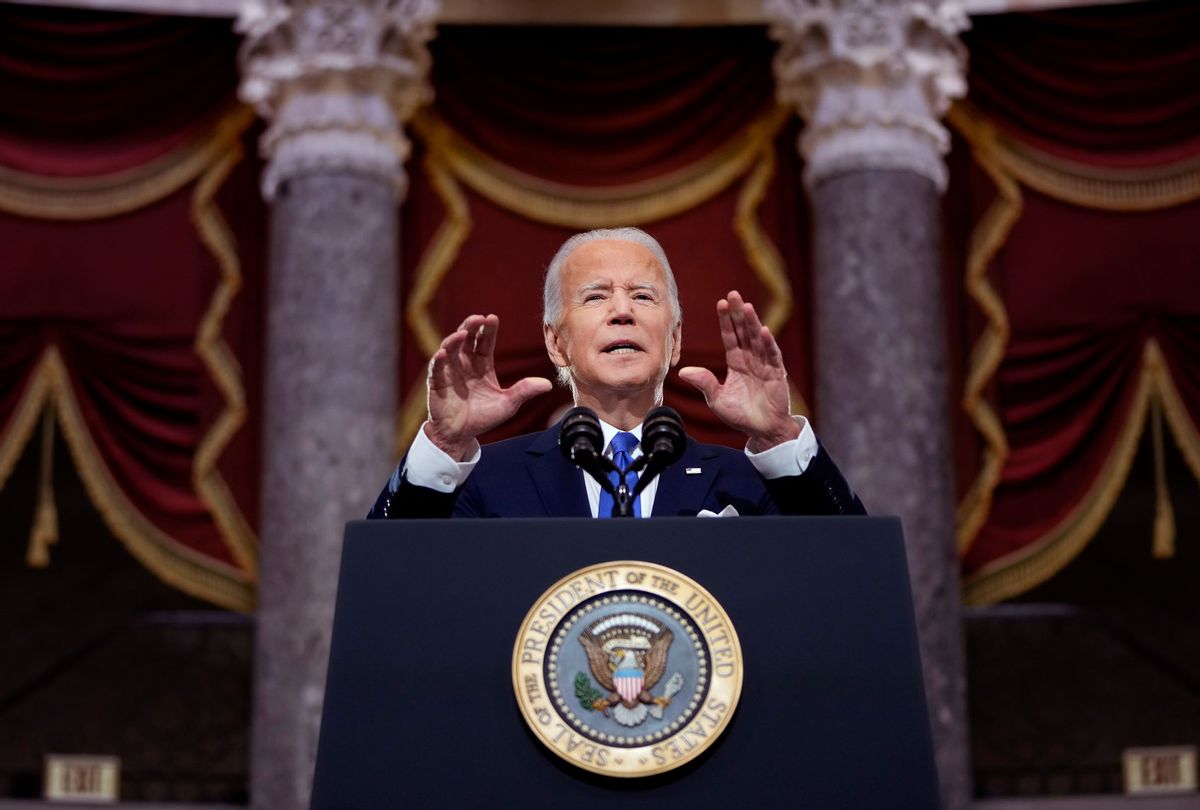 With 2021's year-end jobs numbers now fresh off the press, there's been a lot of chatter about the economy's "record" performance under President Biden, who was widely praised on Friday for jumpstarting the economy amid the ongoing COVID-19 crisis.

"This was the greatest jobs growth year in modern American history," tweeted Jesse Lee, Senior Advisor for Communications to the National Economic Council. "And it's not even close."

According to a Washington Post analysis, the U.S. gained back 6.4 million jobs throughout 2021 – more than any year on record. The nation also saw unemployment plummet from 6.7% last January, when Biden took office, to 3.9% this year – the biggest single-year drop in unemployment ever. In fact, the nonpartisan Congressional Budget Office predicted that such a feat could not be achieved until 2026 at the earliest.

Faced with these facts, it's nearly impossible to conclude that Biden has put the economy in a worse position than it was a year ago. But throughout 2022, the mainstream media's coverage of the jobs numbers peddled a markedly different perspective, often describing the year's jobs reports as "weak" or "disappointing." Even on Friday, as the administration touted record year-over-year growth, the business press largely insisted that December's growth was, again, less-than-stellar. Fox News pilloried the Biden administration for numbers similar to those they praised under Trump.

What gives? Well, a large part of it has to do with the way jobs numbers are reported. On the first Friday of every month, the Department of Labor releases a report of the previous month's performance metrics, including job growth, wage growth, and unemployment. However, these numbers are intermittently revised throughout the following weeks. As MSNBC's Steve Benen noted, in June, "the preliminary tally under-reported the jobs totals by 112,000. A month later, the initial total under-reported 148,000 jobs. The month after that, it was 248,000 jobs."

Unfortunately, this nuance was lost in much of the mainstream media's coverage, which this year framed preliminary tallies as de facto bellwethers for Biden's economic recovery. If you'll remember, during the months of August, September, November, and December, U.S. jobs numbers were broadly panned by the press, even though there were significant revisions later on. For example, September's initial count showed 194,000 jobs added, the Post noted. A month later, this number was 312,000.

"Since 1979, the furthest back that Bureau of Labor Statistics data on revisions goes, the country has never added as many jobs in a year or seen such a large upward revision," the Post's Philip Bump wrote. "Revisions are usually modest. Not this year."

Though the number of upward jobs revisions this year was unprecedented, the mainstream media paid them relatively little attention throughout 2021. It's no surprise, then, that Biden's approval rating dropped about 10% mid-year, especially when the plurality of Americans rate the economy as the most important issue.

Though Biden's recovery has been impressive, the road to recovery remains long and windy, especially as the COVID crisis proves increasingly unwieldy. Roughly 9.4 million jobs were lost in 2020, meaning that the market is still down by about 3.6 million jobs from pre-pandemic levels.

To boot, Federal Reserve officials remain concerned about inflation amid the supply chain crisis ushered in by the pandemic. Back in November, the Post reported that prices had risen 6.2% in 2021. Because hourly earnings increased by only 5.1%, this means that real gains (i.e. wages adjusted for inflation) were actually down by 1.1%.

Still, as the Great Resignation carries on, and workers leave their jobs in droves, employees are reportedly finding themselves with increasing leverage, prompting companies to rethink their payroll provisions coming into 2022.