Election officials were pressured in Michigan, Arizona, Georgia, and Pennsylvania 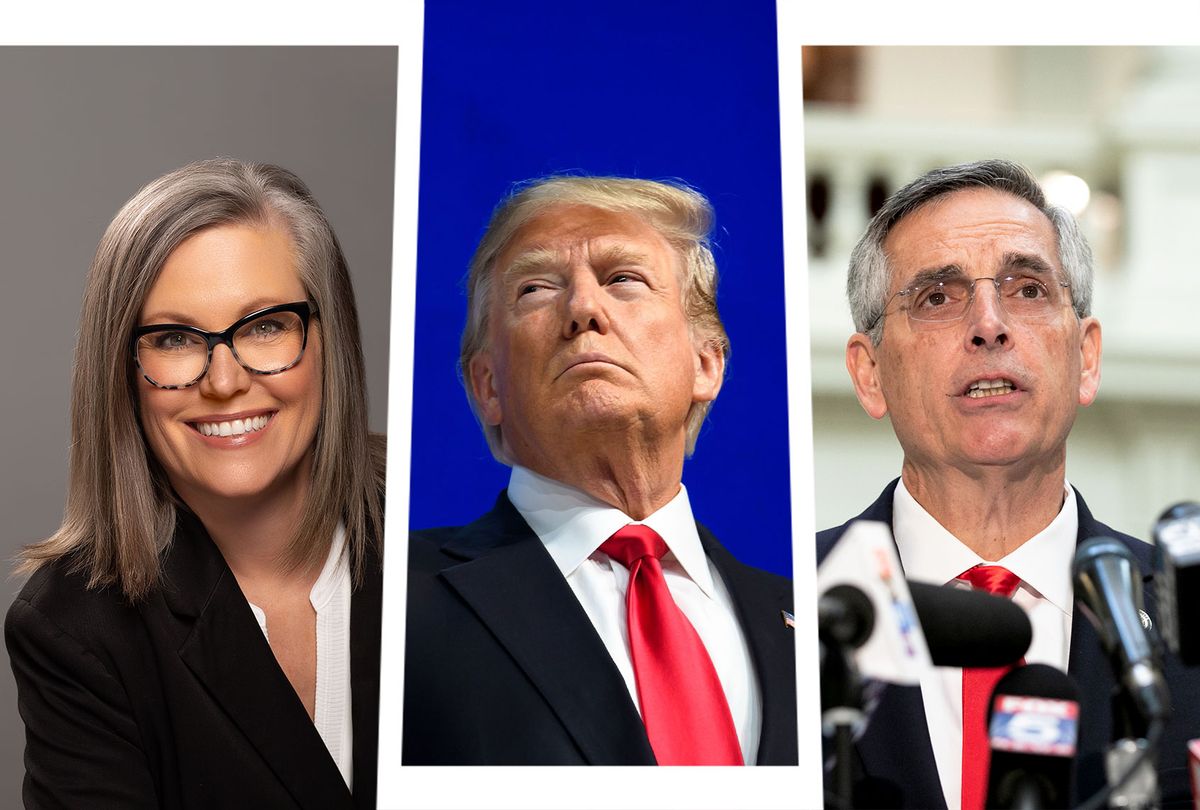 Donald Trump's failed campaign to subvert the 2020 presidential election largely centered on federal lawmakers reportedly willing to defy the Electoral College. But according to Politico, Trump and his allies also waged an extensive campaign targeting high- and low-level state officials in charge of election administration that included forged documents.

The outlet reported that the House committee charged with probing the Capitol riot is currently poring over "thousands" of documents related to Trump's state-level effort in addition to interviewing a "slate of witnesses" who handled presidential balloting. "We want to let the public see and hear from those individuals who conducted elections in those states," select panel chair Rep. Bennie Thompson, D-Miss., told Politico.

Trump and his allies reportedly targeted four states in particular – Arizona, Georgia, Pennsylvania, and Michigan – all of which Trump has baselessly claimed are the sites of widespread outcome-altering voter fraud.

In Georgia, according to the January 6 panel's findings, Trump and his inner circle devoted much of their attention to Georgia Secretary of State Brad Raffensperger, pressuring him to genuflect to the former president. In November and December of 2020, Mark Meadows, Trump's chief of staff, reportedly texted Raffensperger twice, asking to arrange a call – presumably about alleged voter fraud in the Peach State. The state secretary responded to neither text.

According to The Washington Post, in November of that year, Graham called Raffensperger about the state's signature-matching law and "whether political bias could have prompted poll workers to accept ballots with non-matching signatures." The senator also reportedly asked Raffensperger if he could unilaterally toss out ballots cast in counties with higher rates of non-matching signatures.

The House panel also reportedly unearthed "forged" certificates of ascertainment – sent to the National Archives – declaring Trump as the official winner of the presidential election in both Michigan and Arizona. According to Politico, Michigan Secretary of State Jocelyn Benson and Arizona Secretary of State Katie Hobbs had sent these certificates to the January 6 panel, which questioned both officials. The National Archives sent the forgeries via emails to Hobbs' in early December notifying her office that the documents wouldn't be accepted because they are forgeries.

The forged Arizona certificate was apparently sent by a pro-Trump "sovereign citizen group" led by Lori Osiecki, who "attended the post-election rallies protesting the results, including the daylong meeting in Phoenix that included Trump attorney Rudy Giuliani," according to The Arizona Republic.

Throughout 2021, numerous GOP-backed "forensic audits" were launched in states like Arizona and Pennsylvania to probe the integrity of the 2020 election count. None have turned up any evidence of outcome-altering fraud.