One of President Biden's top economic aides voiced support for the idea this week, calling it "sensible" 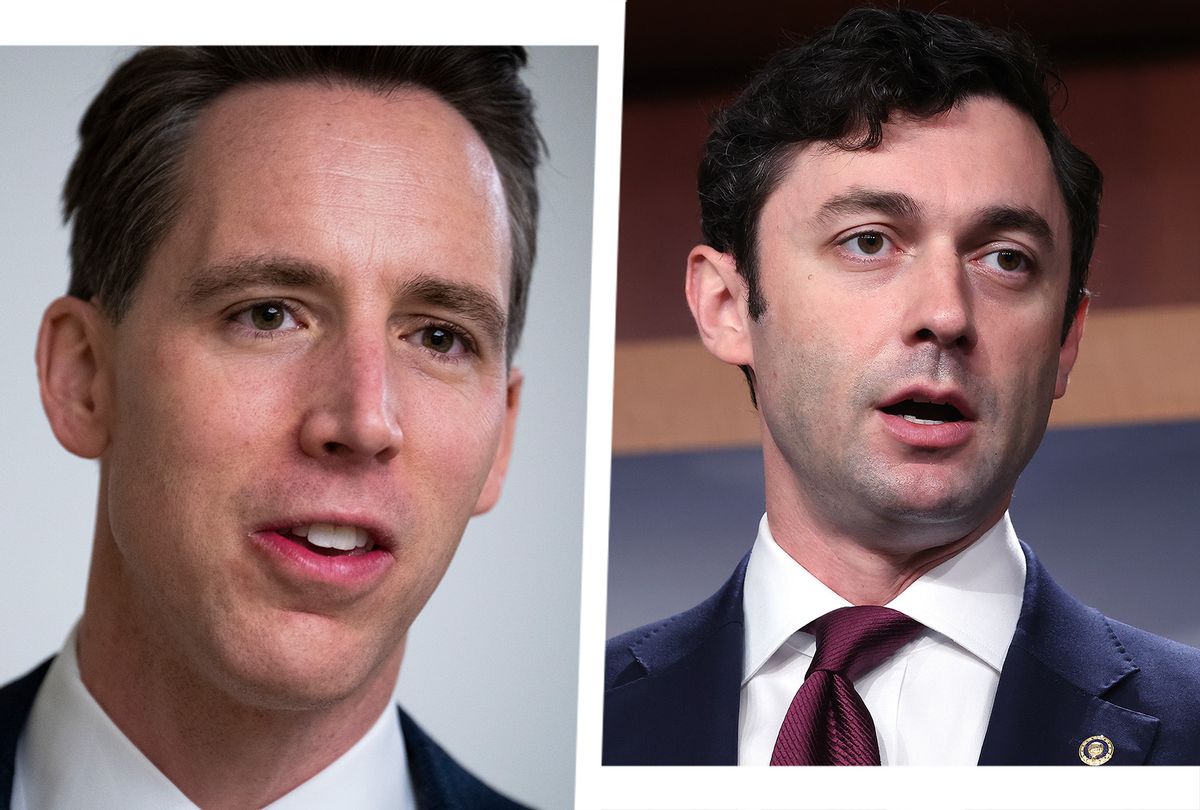 It's about the only thing garnering bipartisan support these days in Washington: A ban on stock trading for active members of Congress.

Though it's still unclear whether the idea has the majority support it needs to pass, it does have purchase on both the Republican and Democratic sides — with Sens. Josh Hawley, R-Mo., and Jon Ossoff, D-Ga., announcing competing bills earlier this week to accomplish roughly the same goal: stopping Congresspeople in both chambers from cashing in on their powerful positions by placing their stocks in a blind trust and outlawing any future investment in individual companies.

"Members of Congress should not be playing the stock market while we make federal policy and have extraordinary access to confidential information," Ossoff said in a press release. His bill is co-sponsored by Sen. Mark Kelly, D-Ariz., who added that the measure would "put an end to corrupt insider trading."

House Minority Leader Kevin McCarthy told Punchbowl News this week he was considering pushing the measure if Republicans were to re-take Congress in 2022, though it was unclear by what mechanism. McCarthy has previously said he'd abstain from trading individual stocks while in office.

Not one to be outdone, even Sen. Ted Cruz, R-Texas, is rumored to be considering a similar bill of his own.

And it's a sentiment that was also echoed Friday by one of President Joe Biden's top economic advisers, Brian Deese, who called both Hawley and Ossoff's proposals "sensible" and something that would "restore faith in our institutions."

"I can tell you, the restrictions on [employees in] the executive branch are quite significant," said Deese during an interview on CNBC's "Squawk Box". "There's no engagement on individual stock transactions."

"I think [banning Congress from trading individual stocks] is certainly sensible. It's a rule that we all operate by and live by in the executive branch, and [it] doesn't put any real practical burden on our ability to do our jobs."

The dueling bills come only after talks between the two senators' offices broke down in recent weeks, Axios reported. Hawley previously tweeted that it was a "good idea" when news of Ossoff's bill broke, and told POLITICO that he was open to co-sponsoring the measure. But the Missouri firebrand ultimately decided to introduce his own bill, further complicating the issue.

RELATED: Meet the anti-legalization Congresswoman cashing in on marijuana stocks

The difference between the two bills come in their enforcement mechanisms. Hawley's, called the "Banning Insider Trading in Congress Act," would give the Government Accountability Office oversight of Congressional investment, and require lawmakers (or their spouses) to repay all profits to the U.S. Treasury.

Ossoff's bill, meanwhile, would leave oversight to the congressional ethics committee and fine violators the entirety of their salary. It also includes dependent children of congressional members, something Hawley's bill does not.

Calls to rein in congressional stock trading have crescendoed in recent months after a slew of headlines about members who have violated the STOCK ACT, an Obama-era law requiring prompt reporting of any trades, and reports of potential insider trading from several Congresspeople.

An investigation from Insider last year revealed that at least 52 members of Congress and 182 top staffers had violated the STOCK Act, an act with a comically small fine for rule-breakers: $200.

Recent reports here in Salon — and elsewhere — have also exposed trades that appear to violate conflicts of interest.

For example, Rep. Pat Fallon, who dumped hundreds of thousands of dollars in Microsoft stock just weeks before the company's $10 billion Pentagon contract was scrapped. Fallon sits on the House Armed Services Committee's brand new Subcommittee on Cyber, Innovative Technologies, and Information Systems, which has oversight of the deal in question. He's just one of 15 Congressional members in both parties with key roles in shaping defense policy who have actively invested in military contractors.

But the idea of banning Congresspeople from trading stock has at least one high-profile opponent: House Speaker Nancy Pelosi. She's also one of Congress' most prolific traders, with her husband in recent months gobbling up millions in blue-chip stocks like Google, Disney, Salesforce and Roblox.

The entire situation, critics say, has given Capitol Hill an irreconcilable image problem. Deese alluded to the problem during his CNBC interview, saying, "There's a lot of distrust and mistrust around how politics works, around the political process."

"One of the things that we need to do across the board is restore faith in our institutions, whether that be Congress and the legislative branch, whether that be the Fed and otherwise and so anything we can do to try to restore that faith, I think makes a lot of sense," he added.