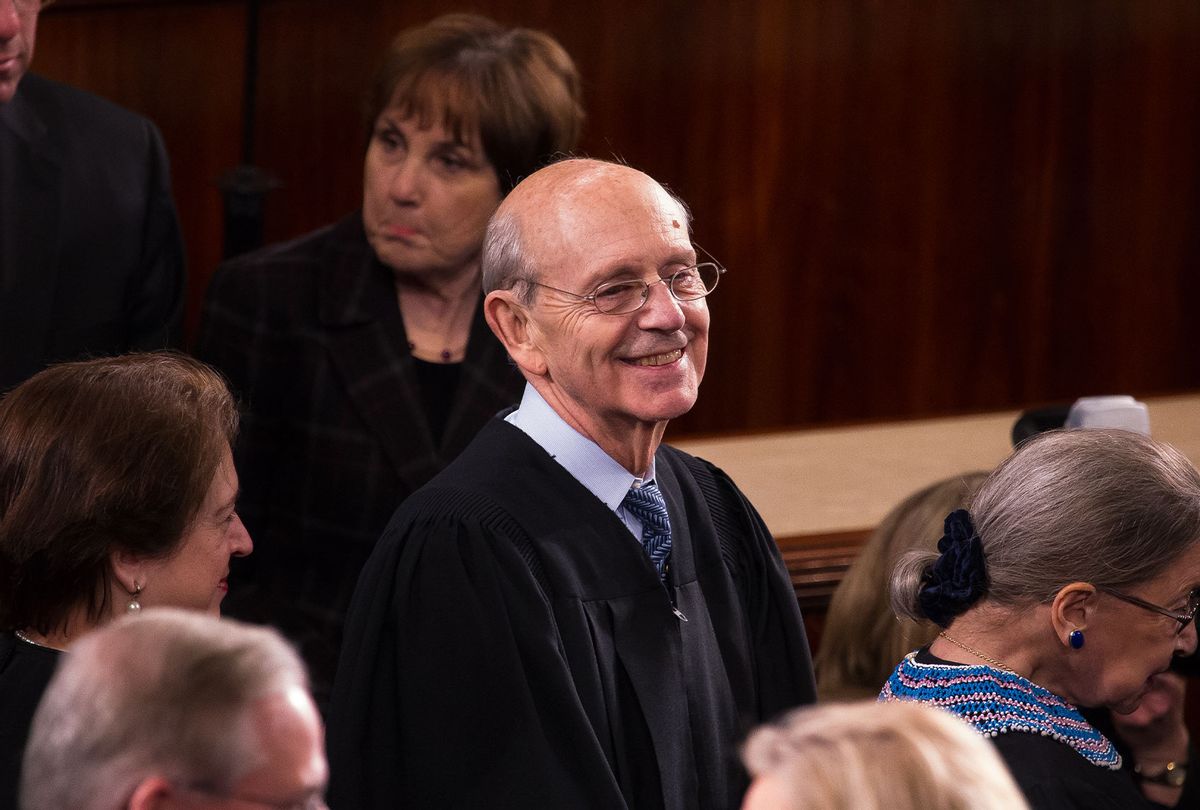 On Wednesday, the 83-year-old Breyer, one of the court's three liberal judges, announced that he's down from the bench this summer. Breyer's impending resignation was much-anticipated by Democrats, who have over the past year repeatedly expressed concerns that he may serve into the midterms, when Democrats are expected to lose roundly in 2022.

Among the most likely contenders to fill Breyer's vacancy are Ketanji Brown Jackson of the Court of Appeals for the District of Columbia, a former Breyer law clerk; U.S. Circuit Judge Ketanji; and Leondra Kruger, California Supreme Court Justice, according to NBC News.

RELATED: The Supreme Court is on defense: Justices speak out to calm growing dissatisfaction

Senate Democrats, who hold a majority in chamber, theoretically have the power to usher in a new justice without any Republican support, since Supreme Court nominations cannot be filibustered.

However, some on the left fear that the path to confirmation will not be smooth sailing in light of Cinema and Manchin's alienation from the Democratic Party.

"Democrats need to be united in supporting a progressive replacement for Justice Breyer," said the Primary Sinema Project in a statement. We can't afford any obstruction or delay from Sinema. She's already done enough to harm Biden's first term. We will be watching her actions closely."

"If you thought the pressure on Manchin and Sinema to toe the party line was intense before, just wait for the stakes of a Supreme Court confirmation," echoed New York Times reporter Shane Goldmacher.

RELATED: Justice Breyer refutes Fox host who asks if he's a "fool": "I don't intend to die on the court"

Last year, Sinema and Manchin aggressively stonewalled the passage of Biden's signature $2.2 trillion social spending bill "Build Back Better." After months of legislative downsizing and restructuring, the long-awaited measure was declared dead in the water after negotiations between Biden and Manchin turned sour in December. This year, Sinema and Manchin also proved formidable mules when Biden pivoted from Build Back Better to his landmark voting rights overhaul, which last week might have circumvented a Republican filibuster if both senators' had supported the bill.

It remains unclear which way either senator would swing on Biden's eventual Supreme Court nominee. In the past, Manchin has "long deferred to presidents' nominees," as CNN's ​​Manu Raju noted, and "Sinema tends to vote for Biden nominees."

At the same time, both Sinema and Manchin's support might not be entirely necessary, wrote Vox's Andrew Prokop. During the Obama administration, for instance, Sen. Susan Collins, R-Maine, voted to confirm both the former president's picks. And because conservatives already have a 6-3 majority in the court, they might be more amenable than usual to a left-leaning Democrat.

President Biden has thus far refused to answer questions surrounding any potential nominees, telling reporters on Wednesday that he'll "let [Breyer] make whatever statement he wants to make, and I'm happy to talk about it later."

Meanwhile, Senate Majority Leader Chuck Schumer, D-N.Y., has said that Biden's nominee will "receive a prompt hearing in the Senate Judiciary Committee, and will be considered and confirmed by the full United States Senate with all deliberate speed."