The Supreme Court is on defense: Justices speak out to calm growing dissatisfaction

From Clarence Thomas to Stephen Breyer, Supreme Court justices have rushed to tamp down concerns in recent days 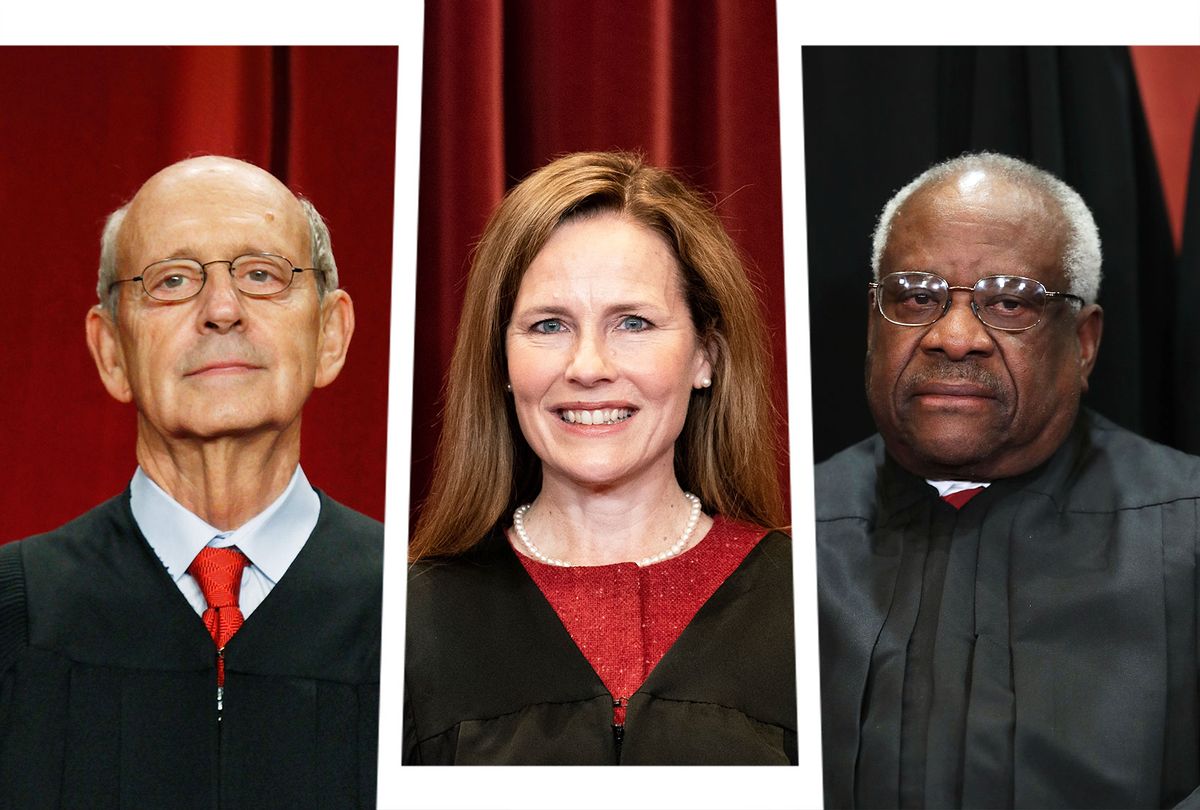 The Supreme Court appears to be on a PR blitz following a string of controversial rulings.

Supreme Court Justice Clarence Thomas on Thursday cautioned against "destroying our institutions because they don't give us what we want, when we want it," adding that the court is not swayed by its own political biases, as many critics have recently suggested.

"I think the media makes it sound as though you are just always going right to your personal preference," he said during a speech at the University of Notre Dame. "So if they think you are anti-abortion or something personally, they think that's the way you always will come out."

"Sometimes, I don't like the results of my decisions," he added. "But it's not my job to decide cases based on the outcome I want. Judicial philosophies are not the same as political parties."

Thomas, appointed in 1991 by former President George H. W. Bush, makes up part of the court's conservative wing. Like Republican Justices Brett Kavanaugh, Amy Coney Barrett, and Samuel Alito, Thomas is a practicing Catholic, which some critics have seen as a complicating factor in his legal judgments. Asked about his religious faith, according to AP News, Thomas said: "You do your job and you go cry alone."

On Sunday, Barrett made a similar speech at the University of Louisville's McConnell Center, arguing that the bench does not consist of "a bunch of partisan hacks."

"Judicial philosophies are not the same as political parties," she said. "It's not my job to decide cases based on the outcome I want."

Then on Monday, Justice Stephen Breyer, appointed by Democratic president Bill Clinton, said the court's recent abortion ruling was "very bad" but defended it against charges that it was politically driven.

The liberal justice, who is currently on a tour to promote his new book praising the nonpartisanship and professionalism of his conservative colleagues, is trying to tamp down talk of expanding the court from frustrated Democrats.

"They better be pretty careful about it because two can play at that game," Breyer said Monday. "You could have Republicans appointing and Democrats appointing and vice versa."  The "overall tendency," he continued, would be "weakening the confidence of the average person in the decisions of the court."

Their protestations come just following a spate of watershed conservative rulings on abortion, housing, and immigration.

Earlier this month, the court upheld a near-total abortion ban in Texas, preventing Lone Star residents from providing or accessing an abortion six weeks or later into pregnancy. The law, which effectively sinks the 48-year precedent set by Roe v. Wade, also deputizes private citizens to sue offenders for at least $10,000. Around the same time, the court also ruled that President Biden's eviction moratorium – a lifeline for tenants struggling to rent amid the pandemic – was illegal, effectively putting millions at risk of eviction and subsequent homelessness. Breyer dissented from the majority in both cases. Both of the decisions were delivered via "shadow docket," an abstruse legal maneuver that allowed the court's conservative wing to circumvent traditional judicial proceedings, earning the justices widespread scorn for their apparent partisanship.

The Supreme Court's public approval rating has recently dropped to a record low, with only a third of all Americans supporting the high court's conduct in a new Quinnipiac poll. That number marks the Supreme Court's worst job approval since Quinnipiac University began asking the question in 2004