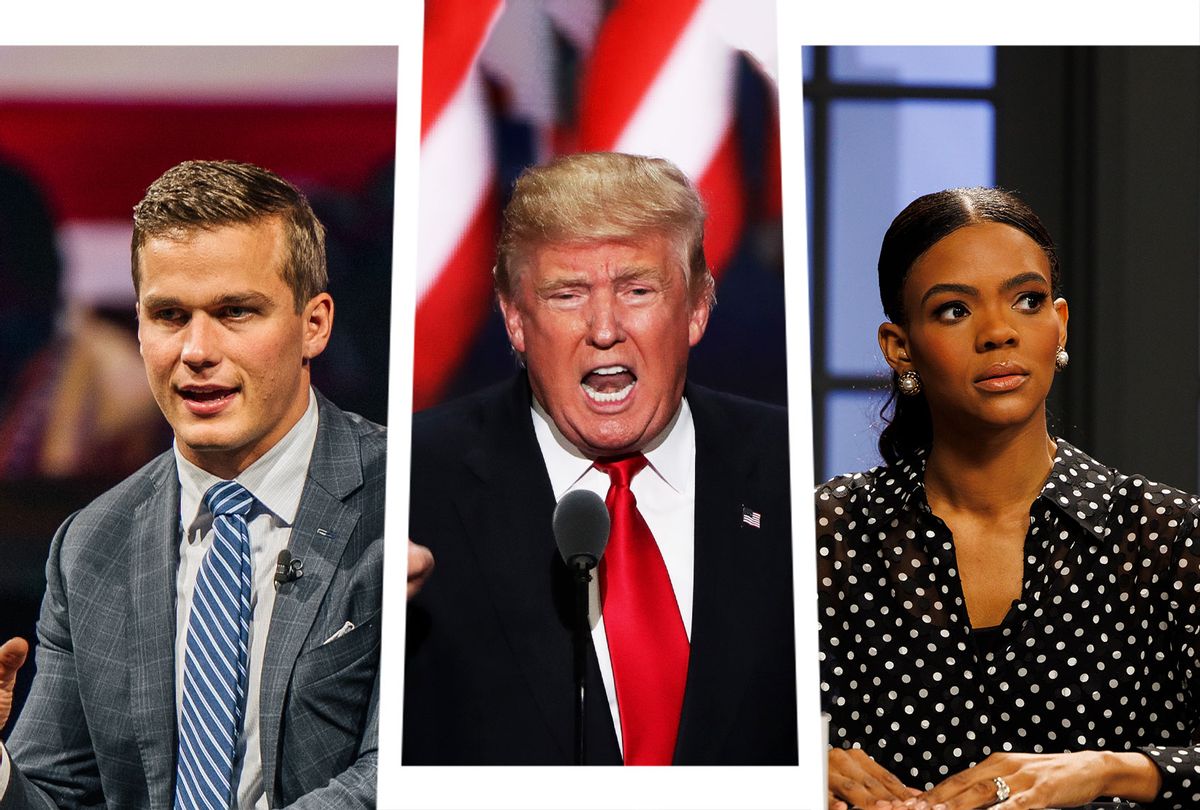 Top allies of former President Donald Trump pushed back after he endorsed a former administration aide over a conservative influencer who is highly popular on the far right.

On Tuesday, Trump endorsed Morgan Ortagus, a former State Department spokeswoman and Fox News contributor, in the upcoming Republican primary in Tennessee's 5th congressional district. Incumbent Rep. Jim Cooper, a Democrat, has announced that he will retire, saying that Republicans had "dismembered" his longtime Nashville district for partisan gain.

"Morgan was fantastic in her role working with Secretary Mike Pompeo at the U.S. State Department and understands the threats posed by China, Russia, Iran and others, and will be tough, not just roll over like the Democrats and RINOs," Trump said in a statement. "She won't bow to the Woke Mob or the Leftist LameStream Media. Morgan Ortagus will have my Complete and Total Endorsement if she decides to run!"

That statement brought immediate and highly unusual pushback from some of Trump's most ardent supporters.

"Nope. Trump has this completely wrong," tweeted conservative pundit Candace Owens, writing that the "correct pick" is Robby Starbuck, a former music video producer running as a pro-MAGA Republican in the district.

Starbuck is running on a platform to crack down on ballot access, so-called Critical Race Theory, LGBTQ rights and Big Tech companies. It's unclear why Trump snubbed Starbuck in favor of Ortagus, who called him "disgusting" during his 2016 campaign before joining his administration.

"I endorsed [Starbuck] months ago and I stand by my endorsement," tweeted Rep. Madison Cawthorn, R-N.C.

The Republican scramble comes after the GOP-dominated state legislature carved up Cooper's Nashville-area district. Cooper, who has trounced every Republican challengers for decades and ran unopposed in 2020, said the Republican plan to split reliably blue Nashville into three Republican-leaning districts made it impossible for him to win.

"Despite my strength at the polls, I could not stop the General Assembly from dismembering Nashville," he said in a statement. "No one tried harder to keep our city whole. I explored every possible way, including lawsuits, to stop the gerrymandering and to win one of the three new congressional districts that now divide Nashville. There's no way, at least for me in this election cycle, but there may be a path for other worthy candidates."

The Tennessee House of Representatives on Monday approved a new congressional map that would split Nashville, combining areas of the state's largest city with more conservative parts of the state. Cooper, who represented a district President Joe Biden won by 24 points, was drawn into a new district that former Trump carried by nine points, according to Cook Political Report editor Dave Wasserman.

"Our Republican legislature has savaged Nashville in order to get one more vote in Congress," Cooper told Axios. "This is a cruel blow to all people of Nashville, certainly to minority groups, but to every resident of Nashville," he added.

"The maps passed by Tennessee Republicans are blatant partisan gerrymanders," former Attorney General Eric Holder, the chairman of the National Democratic Redistricting Committee, said in a statement. "The congressional map splits Nashville into three separate districts, weakening the voting power of the region's economic powerhouse and the city's black community. This map is an obvious attempt to deliver illegitimate political power to the Republican Party for the next decade."

Republicans already hold a 7-2 edge in the state's congressional delegation but the Nashville redistricting could give the GOP eight of the state's nine House seats.  Cooper suggested that the aggressive gerrymander was unnecessary, since Republicans are likely to win back control of the House in November anyway. Cooper is the 29th Democratic incumbent to announce he won't seek re-election ahead of a likely power shift.

While Cooper said the redistricting plan would prevent him from winning re-election, it's unclear whether progressive primary challenger Odessa Kelly plans to continue her campaign after comparing the effect of the redistricting to Jim Crow-era laws that prevented Black people from voting.

"I joined the congressman in fighting back against the Tennessee General Assembly's racist gerrymandering that will erase the voices of Black and brown voters in Nashville," Kelly told Tennessee Lookout. "But I know one thing is true: People-powered movements in this state have been building power for years and no map is going to slow it down."