Are Dems really "winning" redistricting — in the face of voter-restriction laws and GOP extremists?

Some analysts say Democrats are doing better than expected — but don't be fooled, the midterm outlook is grim 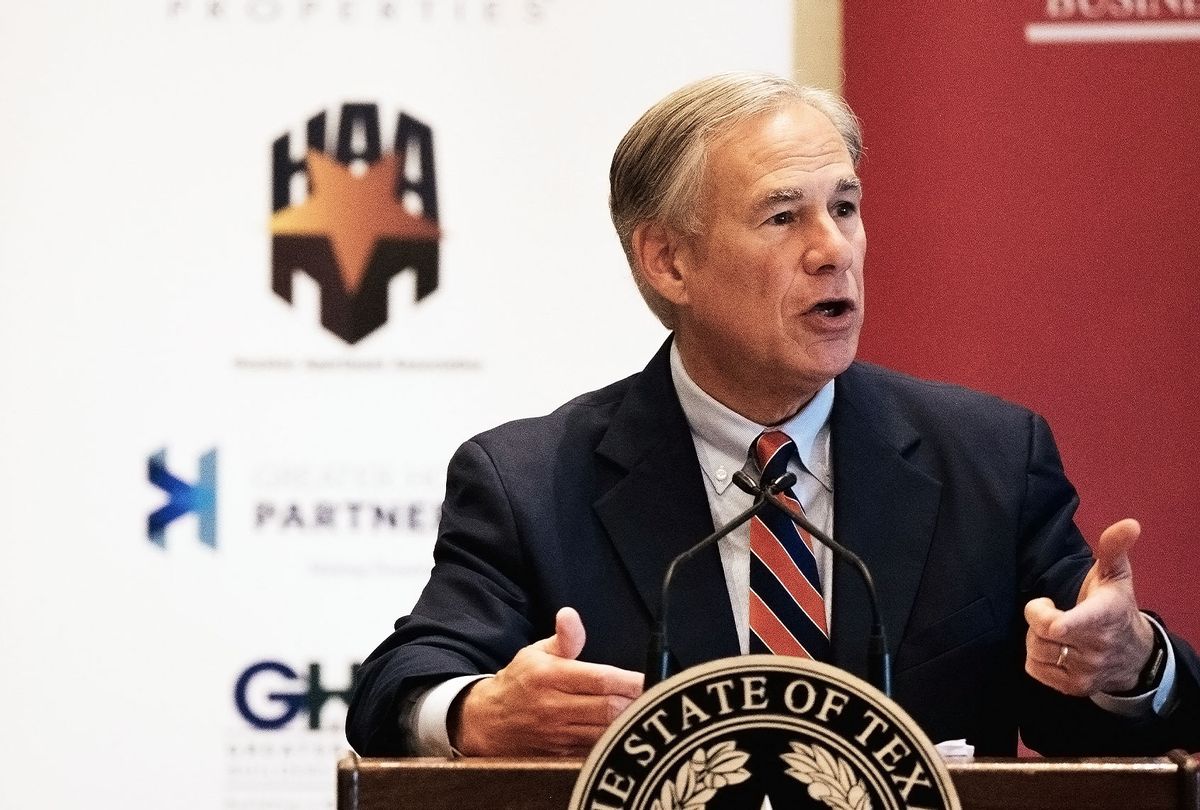 In the wake of the 2020 census, the redistricting process by which congressional districts are redrawn has not been as devastating for Democrats as many observers feared. Nonetheless, the consequences could still be dire for democracy: The latest round of Republican gerrymanders threatens to undermine the political power of voters of color and push the Republican Party even further toward the Trumpist extreme.

Despite months of alarm that Republicans could retake control of the House through redistricting alone, recent analyses by the nonpartisan Cook Political Report with Amy Walter and the left-leaning Data for Progress have found that the redistricting cycle has gone surprisingly well for House Democrats.

Rather than redrawing Democratic districts into Republican ones, the GOP has largely focused on shoring up existing districts created in the ultra-aggressive 2011 redistricting cycle while the few Democratic-led states that haven't ceded redistricting to independent commissions, such as Oregon and Illinois, have aggressively tried to add likely Democratic seats. Even thought Republicans are redrawing 187 House seats, compared to 75 for Democrats, that's a significant improvement over the five-to-one advantage the GOP held in 2011.

As a result, "redistricting is going surprisingly well for Democrats," wrote Joel Wertheimer at Data for Progress, noting that some states were already so red that it was virtually impossible for Republicans to add seats. "There will be a few more Biden-won districts after redistricting than there are now," wrote the Cook Political Report's Dave Wasserman.

But the surprisingly good news actually isn't all that good — and not just because both analyses also predict that Republicans will likely win back control of the House this year regardless of redistricting patterns. Wasserman cautioned that Democrats already hold 11 of the 15 "newly Democratic-leaning" seats, meaning there are only a handful of pickup opportunities, while Republicans currently hold just one of the nine "newly GOP-leaning" seats.

"Because Democrats currently possess the lion's share of marginal seats, estimating the practical effect of new lines in 2022 still points towards a wash or a slight GOP gain," Wasserman wrote. And states that have not completed their redistricting, like Florida, Tennessee and New Hampshire, could further cut into Democratic gains.

"We start with a baseline of bad maps," Michael Li, a redistricting expert at New York University's Brennan Center for Justice, said in an interview. This new round of redistricting will "take gerrymanders in states like Texas and shore them up," he continued. "Republicans aren't trying to convert Democratic seats into Republican seats, but they are defensively gerrymandering to make sure they hang on to what they have."

Focusing on the number of "Biden districts" doesn't tell you much, Li said, "because the number of [Democratic] districts was artificially depressed" in the last round of gerrymandering.

Voting rights groups and voters have already sued over North Carolina's new congressional map, raising the prospect that a court could redraw certain districts. State courts threw out an older congressional district map in 2019 as an unconstitutional partisan gerrymander, and in 2016 forced lawmakers to redraw their maps over an unconstitutional racial gerrymander. Voting rights groups who sued after the latest round of redistricting said the new maps were "indefensible" and a "grotesque partisan gerrymander."

Multiple lawsuits are also challenging extreme Republican gerrymanders in Ohio and Georgia. But while Democrats were able to beat back several gerrymanders last decade in court, legal remedies are limited after the Supreme Court ruled in 2019 that federal courts have no jurisdiction over partisan gerrymanders (which are deemed to be "political" matters), although they may still hear cases about racial gerrymanders. As a result, most of these lawsuits will be heard in state courts in primarily red states, where Republican governors appointed a large proportion of the state judges.

Federal courts could ultimately weigh in on some maps where voting rights groups have alleged racial gerrymanders.

Most legal analyses of the latest round of gerrymanders, Li said, "don't take into account how these gerrymanders are being accomplished, which is predominantly at the expense of communities of color."

Even though Texas gained two congressional seats in the census and people of color (mostly Latinos) accounted for 95% of the state's population growth, for instance, Republican mapmakers created creating two more white-majority districts where Republicans are likely to win. The Justice Department last month filed a lawsuit alleging that the state's new maps violate the Voting Rights Act.

"Texas has violated Section 2 by creating redistricting plans that deny or abridge the rights of Latino and Black voters to vote on account of their race, color or membership in a language minority group," Attorney General Merrick Garland said in a statement.

These lawsuits come as Democrats ramp up their latest push to advance voting rights legislation, which includes a ban on partisan gerrymandering. Democrats would need to change the Senate's filibuster rules to advance their bills but they've run into stringent opposition, and not just from notorious filibuster fans like Sens. Joe Manchin of West Virginia and Kyrsten Sinema of Arizona. Li said he worries that the "not so bad" analyses could undercut the urgency of passing voting-rights bills and warned Democrats not to take any "victory laps" just yet.

"When people say, 'Well, these articles say it's not so bad,' talk to a voter in Texas," he said. "Better yet, go talk to a voter of color in Texas — which could be a really deep blue state, and Republicans would still have a two-to-one advantage in the congressional delegation. Ask a Texas voter if that seems fair or 'not so bad.' That's a real danger, because people have taken one part of the story and presented it as the whole of the story, and I think that's a dangerous thing to do."

"The map that was recently enacted by the legislature is a partisan map. It's racially gerrymandered. It will disadvantage African American communities all across the 1st congressional district," Butterfield said last month.

In Georgia, Rep. Lucy McBath's district was redrawn to be heavily Republican, forcing her to run in the same district as Rep. Carolyn Bourdeaux, a fellow Democrat. Voting rights groups filed a federal lawsuit earlier this month over the changes, alleging that the map is unconstitutional because it denies representation to Black voters.

"These maps intentionally discriminate against Georgians of color by silencing our voices at the ballot box," Aunna Dennis, executive director of Common Cause Georgia, the lead plaintiff in the case, said in a statement.

The Justice Department, in its lawsuit against Texas, argued that the state's legislative districts also violate the Voting Rights Act because they result in "minority voters having less opportunity than other citizens to participate in the political process and elect legislators of their choice."

While the redistricting cycle winds down and litigation over the new maps ramps up, one key casualty of these new maps is already clear: competitive elections.

Though competitive seats have long been on the decline, it's well understood that competitive elections tend to have a moderating effect on both parties. Parties are likely to nominate more moderate candidates when they face a competitive race in the general election, and are much more likely to nominate candidates that strongly appeal to base voters when there is little risk they will lose the general. For the Republicans, that could mean more candidates like Reps. Marjorie Taylor Greene of Georgia or Madison Cawthorn of North Carolina, who have no serious worries about losing to Democrats in their deep-red districts despite alienating large swaths of voters.

"You're looking at a potentially much more fractious and much more extreme [Republican] caucus," Li said. "This may be a case where Republicans were in the classic case of 'Be careful what you wish for, because you may get it.' I don't think people have factored that in: They're really surrendering to the MAGA wing of the party."

Read more on the redistricting battle: