Yes, Putin's a tyrant — that doesn't mean his Ukraine demands are unreasonable 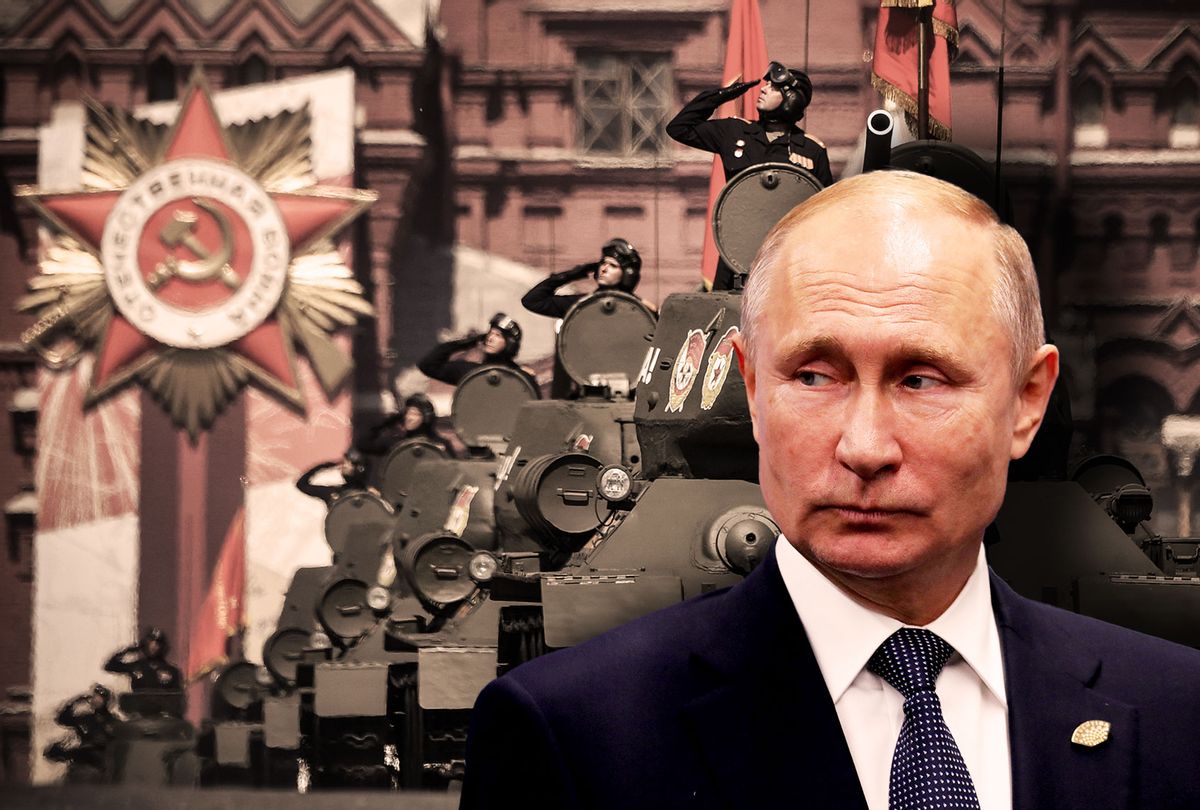 Vladimir Putin | Soviet WWII-era T-34 tanks move through Red Square during a military parade, which marks the 75th anniversary of the Soviet victory over Nazi Germany in World War Two, in Moscow on June 24, 2020 (Photo illustration by Salon/Getty Images)
--

It is certainly true that, as American critics assert, Russian President Vladimir Putin's attitude towards civil liberties and political opponents is exactly what you'd expect of a former KGB agent. Yet it is also true that his current demands are not unreasonable. In fact, much of what Putin wants, the United States originally promised and then went back on.

Putin's central demand is that NATO remove troops from countries that joined the group of U.S.-allied nations after 1997. In 1990, under George H.W. Bush, Secretary of State James Baker repeatedly promised Soviet premier Mikhail Gorbachev and other Soviet leaders that if the USSR let the Warsaw Pact nations leave, NATO would not "move one inch eastward." As is detailed in declassified U.S., Soviet, German, British and French documents released in 2017, Bush and the leaders of West Germany, the U.K. and France gave similar assurances.

When the German magazine Der Spiegel examined these documents and interviewed those involved, its reporters concluded that "there was no doubt that the West did everything it could to give the Soviets the impression that NATO membership was out of the question for countries like Poland, Hungary or Czechoslovakia."

Today, those three former Warsaw Pact countries and two others, in addition to the three former Baltic Soviet republics and several formerly neutral countries, are members of NATO.

Putin and other Russian leaders have complained bitterly about this Western duplicity, complaints echoed by Gorbachev. Numerous others have made similar criticisms, including former CIA Director Robert Gates, Cold War diplomat and historian George Kennan, and Jack Matlock, the last U.S. ambassador to the Soviet Union.

In 1995, 18 retired U.S. foreign service and State and Defense Department officers signed a letter denouncing these NATO recruitments, saying they would convince Russians that the U.S. was seeking to "isolate, encircle, and subordinate them." It is this NATO penetration into Russia's sphere that is the root cause of the current conflict.

Some justify NATO's expansion by claiming Russia was a threat to its neighbors. Yet in the decade after the fall of the USSR, the Russian economy and military were in catastrophic condition. UN economists Vladimir Popov and Jomo Kwame Sundaram explain:

[I]n Russia, output fell by 45% during 1989-1998 ... the huge collapse in output, living standards and life expectancy in the former Soviet Union during the 1990s without war, epidemic or natural disaster was unprecedented.

According to defense analyst Pavel Felgenhauer, in this era Russia had "a shambles of an army" which "astonished outside observers with its weakness, low morale, [and] poor discipline."

The U.S. and NATO quickly took advantage — in 1992 military "contact teams" were sent to the Baltic nations, and the recruitment of Poland, the Czech Republic, Hungary and Slovakia began.

Today's advocates of a strong stand against Russia primarily cite Russia's 2014 annexation of Crimea as justification. But this also is more complicated than it seems.

In 1954, Soviet premier Nikita Khrushchev administratively transferred the Crimea to the Ukraine, an essentially meaningless move at the time, since no one anticipated the demise and breakup of the Soviet Union several decades later. When Ukraine declared independence in 1991, it took Crimea along, even though there are four times as many ethnic Russians as Ukrainians in Crimea, which had been part of Russia since its annexation under Catherine the Great in 1783. Not long after Ukrainian independence, a pro-Russian popular movement arose in Crimea, which was repressed by the Ukrainian government.

In 2014, the U.S.-backed Maidan revolution overthrew the pro-Russian Ukrainian government of President Viktor Yanukovych, replacing it with a strongly pro-Western government. Russia, which at the time was ringed with U.S. military bases in Afghanistan, some of the former Soviet Central Asian republics and the Middle East — as well as NATO bases stretching from the Black Sea to the Baltic republics — feared this might lead to a NATO naval base at Sevastopol on the Black Sea, previously a major Russian and Soviet naval and commercial port. Faced with what it perceived as a potential strategic disaster, Russia seized Crimea and reincorporated it into Russia.

Putin is an amoral opportunist, and he certainly did not send troops into Crimea out of concern for the Crimean people. But it's nonetheless true that a majority of Crimeans supported a union with Russia, and voted accordingly in an election held over Crimea's new status.

The current conflict in eastern Ukraine is broadly similar. After the Maidan revolution, the Ukrainian government repressed and sought to de-Russify populations in Donetsk and Luhansk, together known as the Donbas, a region that lies along Ukraine's southeastern border with Russia. Russian is the main language of 75% of residents in Donetsk and nearly 70% in Luhansk. A Russian separatist movement has emerged in the region, clearly supported by Putin's government.

Putin's other demands include banning the deployment of intermediate-range missiles in Europe, a guarantee that Ukraine will not join NATO, a U.S.-Russian agreement that both nations will refrain from deploying troops in areas where they could be seen as a threat to the other's security and a similar agreement not to send aircraft or warships into areas where they could strike each other's territory. None of these are inherently unreasonable; certainly the U.S. would never tolerate Russian military activity as close to U.S. territory as U.S. military activity is to Russia right now.

It's doubtful that Vladimir Putin wants war with the U.S., and unclear whether he is willing to risk a large-scale ground invasion of Ukraine. What he wants is for Russia's grievances to be taken seriously.

Read more on the Russia-Ukraine crisis:

Glenn Sacks is an educator who has traveled extensively in Russia and the former Soviet bloc. His columns on politics have been published in the Wall Street Journal, the Washington Post, the Los Angeles Times, USA Today and many other publications.