"No military solution" on Ukraine: Progressives in Congress demand diplomacy 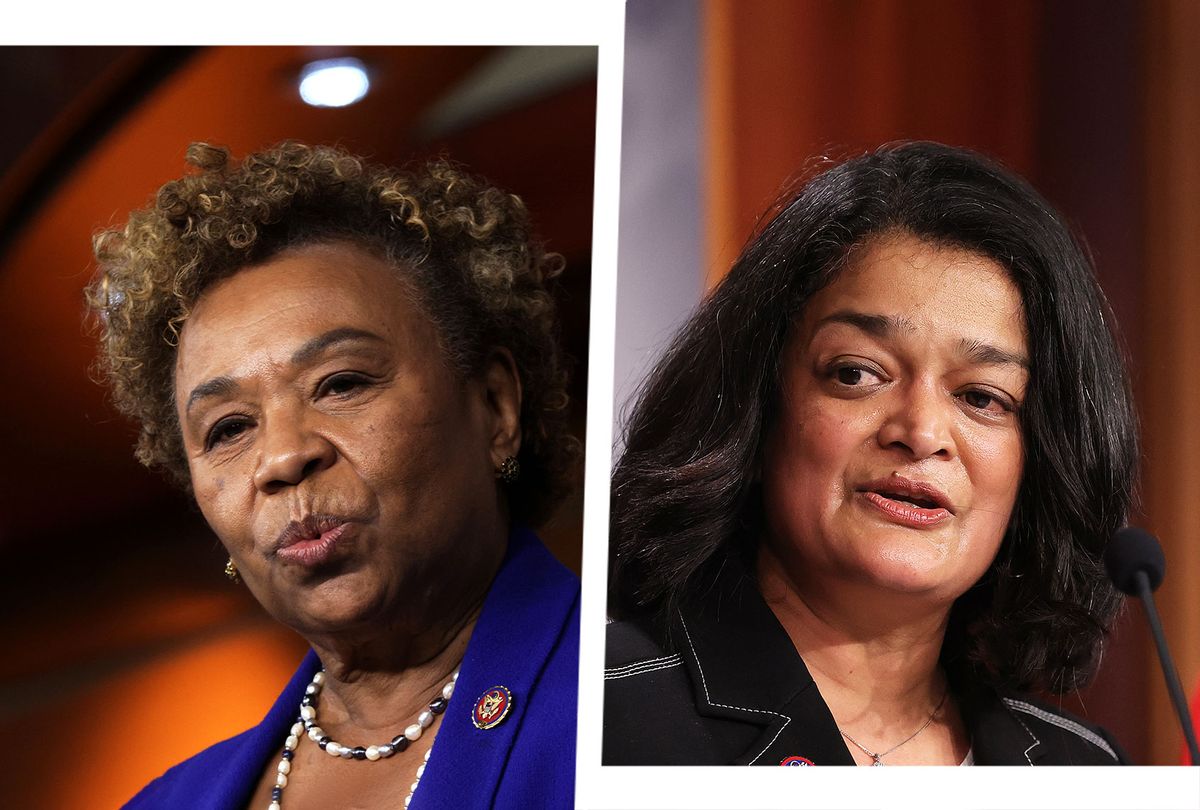 Reps. Pramila Jayapal and Barbara Lee, two top members of the Congressional Progressive Caucus, implored the Biden administration on Wednesday to urgently pursue a diplomatic outcome in Ukraine, warning that "there is no military solution" to surging tensions with Russia.

"Diplomacy needs to be the focus," Jayapal, D-Wash., who chairs the CPC, and Lee, D-Calif., the head of the caucus' Peace and Security Taskforce, said in a statement.

While voicing support for the Biden administration's efforts to "extend and deepen the dialogue" with Russia amid fears of a disastrous war involving two nuclear-armed nations, the two progressive lawmakers raised alarm over the flow of U.S. arms into Ukraine and the prospect of American troops being deployed to Eastern Europe.

"We have significant concerns that new troop deployments ... and a flood of hundreds of lethal weapons will only raise tensions and increase the chance of miscalculation," Jayapal and Lee said as their party's leadership planned to fast-track legislation authorizing $500 million in U.S. military aid to Ukraine.

The pair also warned against imposing "sweeping and indiscriminate sanctions" on Russia, arguing such a tactic would do more harm than good.

"In past crises, where events are moving quickly and intelligence is unclear, vigorous, delicate diplomacy is essential to de-escalation," the lawmakers said. "We call upon our colleagues to allow the administration to find a diplomatic way out of this crisis."

Jayapal and Lee's statement came shortly before the U.S. on Wednesday delivered a written response to Russia's security demands on Ukraine and the North Atlantic Treaty Organization (NATO), an alliance Ukraine may be looking to join. Russia sees the admission of Ukraine into NATO as a serious security threat.

As the Associated Press reported, "Moscow has demanded guarantees that NATO will never admit the country and other ex-Soviet nations as members and that the alliance will roll back troop deployments in other former Soviet bloc nations."

"Some of these, like the membership pledge, are nonstarters for the U.S. and its allies, creating a seemingly intractable stalemate that many fear can only end in a war," AP noted.

While the details of the U.S. response to Russia have not been made public, Secretary of State Antony Blinken indicated Wednesday that the Biden administration did not make any concessions to Moscow's top demands, which are laid out in a draft security pact.

"We make clear that there are core principles that we are committed to uphold and defend, including Ukraine's sovereignty and territorial integrity, and the right of states to choose their own security arrangements and alliances," said Blinken, who met with Russian Foreign Minister Sergey Lavrov in person last week.

Lavrov, for his part, told reporters Wednesday that "if the West continues its aggressive course, Moscow will take the necessary retaliatory measures."

"We won't allow our proposals to be drowned in endless discussions," he added.

Read more on the Russia-Ukraine crisis and the threat of war: