I’ll see what the people think about something like that.” 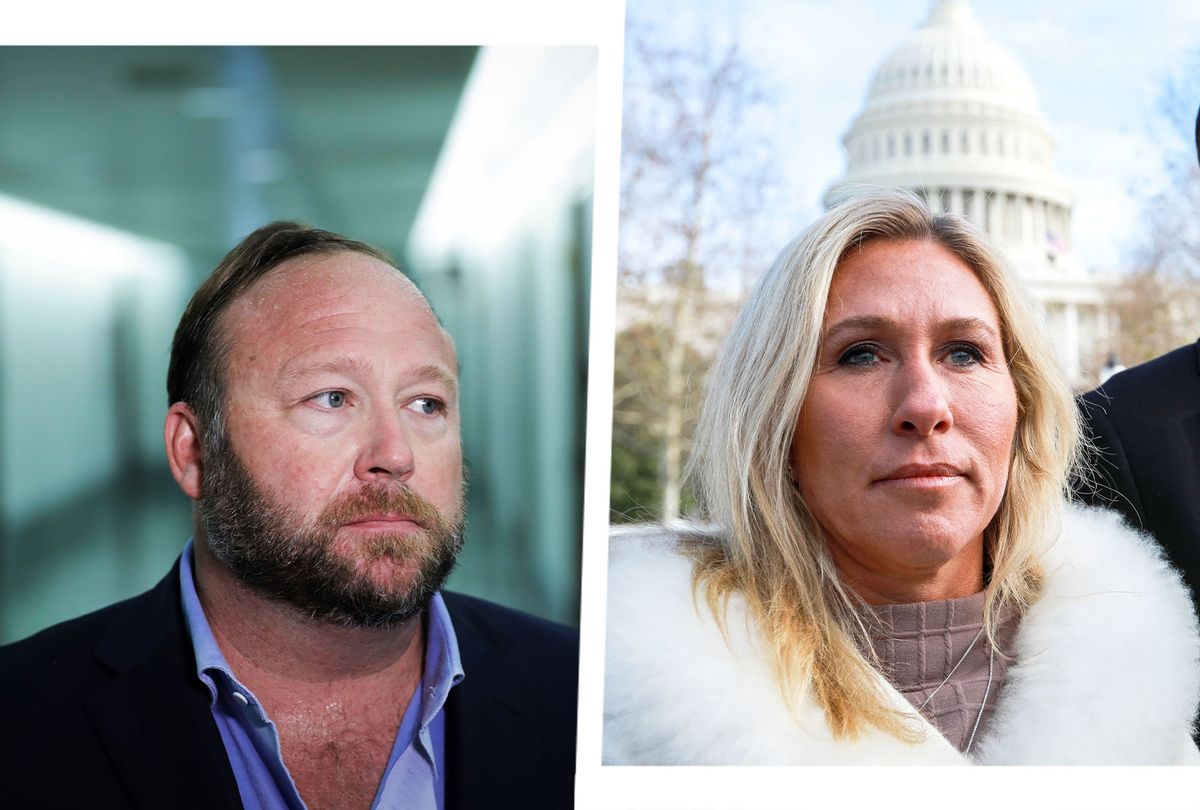 Rep. Marjorie Taylor Greene, R-Ga., known for her extensive literacy in right-wing conspiracy theories, rattled off a litany of her most famously offensive alternative facts during a Wednesday interview with Infowars host Alex Jones, who, to no great surprise, received just about all of them with immense satisfaction, going so far as to hype the freshman representative for a White House run.

During the deranged exchange, Greene, a former Crossfit instructor, spoke in great detail about the science behind COVID-19, comparing Dr. Anthony Fauci, the director of the National Institute of Allergy and Infectious Diseases, to Josef Mengele, the Nazi doctor who performed experiments on concentration camp victims during the Holocaust.

"I think it's a fair comparison," Greene said. "It's basically been a big human experiment, right? That's what Covid-19 vaccines have been. That's what COVID-19 has been."

It isn't the first time Greene compared certain COVID-19 policies to those enacted by Nazi Germany. Back in May, the lawmaker equated Capitol Hill's mask mandate to "a time in history where people were told to wear a gold star" – an apparent reference to the identifying yellow badges Jews were compelled to wear during the Nazi occupation of Europe of the 1930s and '40s. The Republican later apologized for those remarks in front of the D.C. Holocaust Museum. Shortly after that apology, in July, Greene tarred the officials handling President Joe Biden's vaccine rollout as "medical brown shirt," a reference to the violent paramilitary wing of the Nazi Party. No apology was made after those comments.

RELATED: Why Fox News lets Lara Logan call Dr. Fauci a Nazi — and get away with it

Speaking with Jones on Wednesday, Greene also condemned all of the scientists and doctors who have disputed the clinical value of drugs like ivermectin, an anti-parasitic that's been baselessly touted as a COVID-19 wonder drug in right-wing circles – and not to mention by Donald Trump himself.

"It's Dr. [Anthony] Fauci and anyone at the [Centers for Disease Control and Prevention] or anyone involved that stopped life-saving treatments and therapies and people died, well, I think they're guilty of murder," Greene told Jones.

There is, however, little to no evidence that ivermectin is effective in treating the disease.

"In the future we will definitely see what happens," Greene replied. "I'll see what the people think about something like that."