Why Fox News lets Lara Logan call Dr. Fauci a Nazi — and get away with it

Like Reps. Lauren Boebert and Marjorie Taylor Greene, Logan is a rhetorical bomb thrower who holds the GOP together 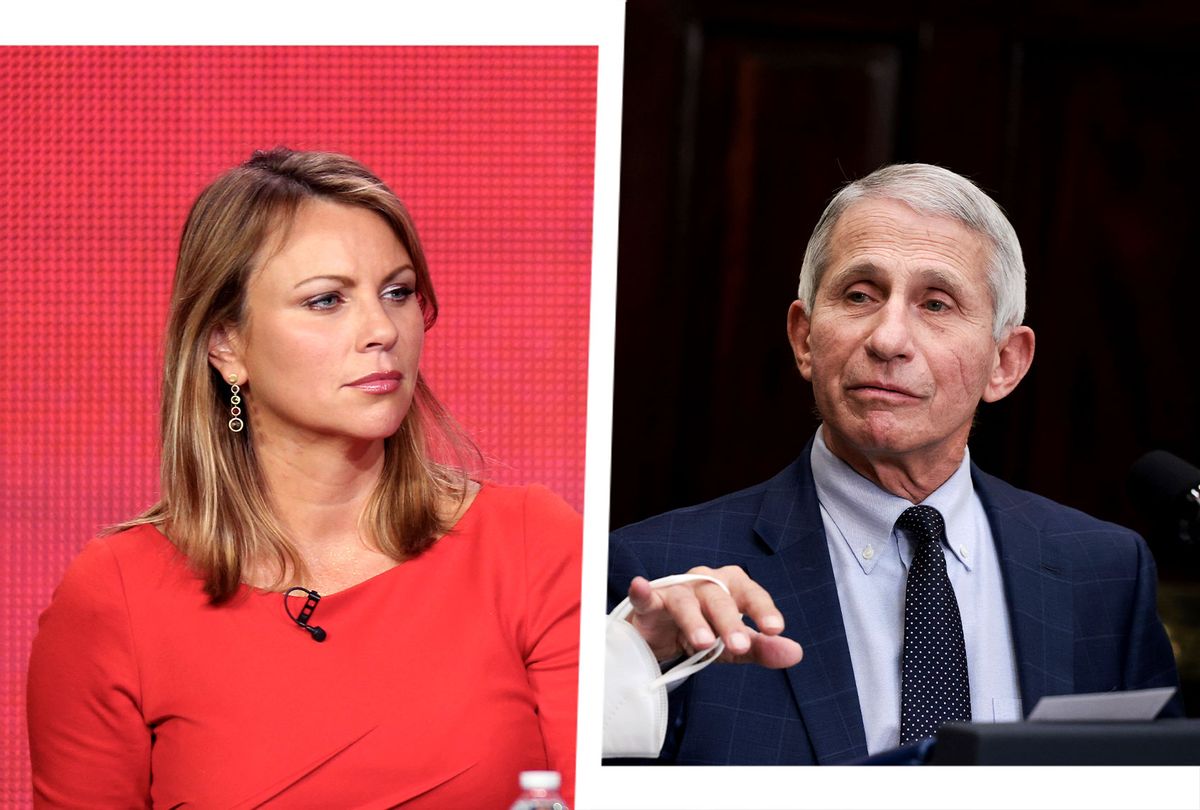 It's always a fool's game trying to keep up with the latest right-wing outrage. Theirs is a profit-making enterprise — and the customer base is in a buying mood. In the last month or so, we've seen an unusually high volume of vomitous rhetorical spew coming from both elected Republican politicians and conservative media figures. I guess it's their way of celebrating the holidays.

First, we had Arizona Rep. Paul Gosar distributing a noxious anime video depicting the killing of Alexandria Ocasio-Cortez, D-NY, and attacking President Joe Biden. The Republican leadership shrugged their shoulders and it was left to the Democrats to take action, which they did by stripping Gosar of his committee assignments and censuring him.

RELATED: Paul Gosar's death-threat video is no joke — it's part of the Republican terror strategy

In her floor speech on the subject, Colorado Rep. Lauren Boebert attacked Rep. Ilhan Omar, D-Minn., saying "The Jihad Squad member from Minnesota has paid her husband, and not her brother husband, the other one, over a million dollars in campaign funds." A few days later Boebert was caught on camera joking around with laughing supporters about Omar being a suicide bomber. She did apologize on Twitter to "anyone in the Muslim community I offended with my comment," but then accused Omar of anti-American rhetoric in a phone call.

But despite the obvious immaturity of all those involved, that trivializes the issues involved.

This is the U.S. Congress we're talking about, not WWE wrestling. The Islamophobia openly expressed by Boebert and Greene has a toxic effect on our culture at large. As Li Zhou of Vox reported:

Researchers have indeed found that Islamophobic rhetoric by politicians has real-world consequences and has been directly linked with hate speech targeted toward Muslim Americans. If Congress doesn't impose more penalties regarding this incident, lawmakers could — whether they mean to or not — further normalize anti-Muslim rhetoric and sentiment, affecting not only Muslim lawmakers but millions of Muslim Americans as well.

Of course, it's too much to expect Republicans to take any action against these people.

Rhetorical bomb throwers like Boebert and Greene raise huge amounts of money from their fans and are favorites of Donald Trump. In fact, Greene even went running to him during her spat with Mace apparently expecting him to take action against her — which he probably will. It remains to be seen if the Democrats will sanction Boebert as they have done with Green and Gosar but in an interview on Sunday, Omar said she is very confident that House Speaker Nancy Pelosi will take "decisive action" this week.

But for all this bigotry and nastiness among GOP elected representatives, they're amateurs compared to what's happening in the conservative media.

There's no need to recapitulate the ongoing horror that is the nightly Fox News Tucker Carlson and Laura Ingraham insult hours. Just know that they aren't alone. Last week, we saw an act of character assassination that goes beyond even their worst. Fox Nation host Lara Logan said that people all over the world are comparing NIH scientist Anthony Fauci to the Nazi Joseph Mengele:

It's a truly stunning statement and one which you would think would instantly garner a response from the network. But so far, crickets. She hasn't appeared on the network but they haven't said anything either. And people are asking, "what happened to Lara Logan?" the former glamorous foreign correspondent :

Actually, nothing happened to Laura Logan.

She may have joined the ranks of full-blown Fox News trolls but it was clear she was a right-winger for years when she was working for CBS. Logan had very strong opinions about America's handling of terrorism, the military and war and she didn't hide it. For instance in 2011, she appeared with Marvin Kalb at the National Press club and suggested that the US needed to get tough with Pakistan:

You take 24 to 48 hours out of your day where you target all the people who you know where they are and you send a message to the Pakistanis that putting American bodies in Arlington Cemetery is not an acceptable form of foreign policy.

In another speech to the Better Government Association in Chicago, after the attack on the embassy in Benghazi, she said this:

It was more than obvious that Logan had a strong right wing point of view and that she was prone to bloodthirsty hyperbole. So it shouldn't have come as a huge surprise when in 2013 she was caught in a major scandal over a big blockbuster story on Benghazi for 60 Minutes which turned out to be a hoax. She relied on a contractor who went by the name "Morgan Jones" who said he was an eyewitness to the attack and told her that the American government was slow to respond and totally unprepared. He even claimed that he climbed the wall and fought off the terrorists in hand-to-hand combat and Logan hailed him as a hero.

It turned out this man, whose real name is Dylan Davies, was nowhere near the compound that night. In the investigation that followed it was revealed by the rest of the news media that all the facts were easily debunked but Logan failed to check them out. 60 Minutes had to pull the story and issue a retraction and Logan apologized. But she wasn't fired. In fact, she remained with the network for five more years. When she finally left she immediately started caterwauling about "the liberal media" and ran first to the far-right broadcast network Sinclair and then signed on with Fox.

Her reporting was taken as face value for years when she worked at CBS and even the Benghazi hoax scandal wasn't seen as a matter of her bias but rather a mistake even though it was right in front of them. Her show on Fox Nation today is unironically called "Lara Logan Has No Agenda."

Comparing Dr. Fauci to Joseph Mengele and calling Ilhan Omar a jihadist suicide bomber is now just mainstream right-wing rhetoric, rewarded with tons of money and attention from the base of the Republican party. And it's the natural consequence of allowing people like Lara Logan to shape the mainstream media narratives that have defined our politics for years.