Is Joe Biden handing out crack pipes? Despite right-wing Twitter frenzy, not really

Republicans on Twitter seem to think "harm reduction" equates to free "crack pipes" for all. Not entirely true! 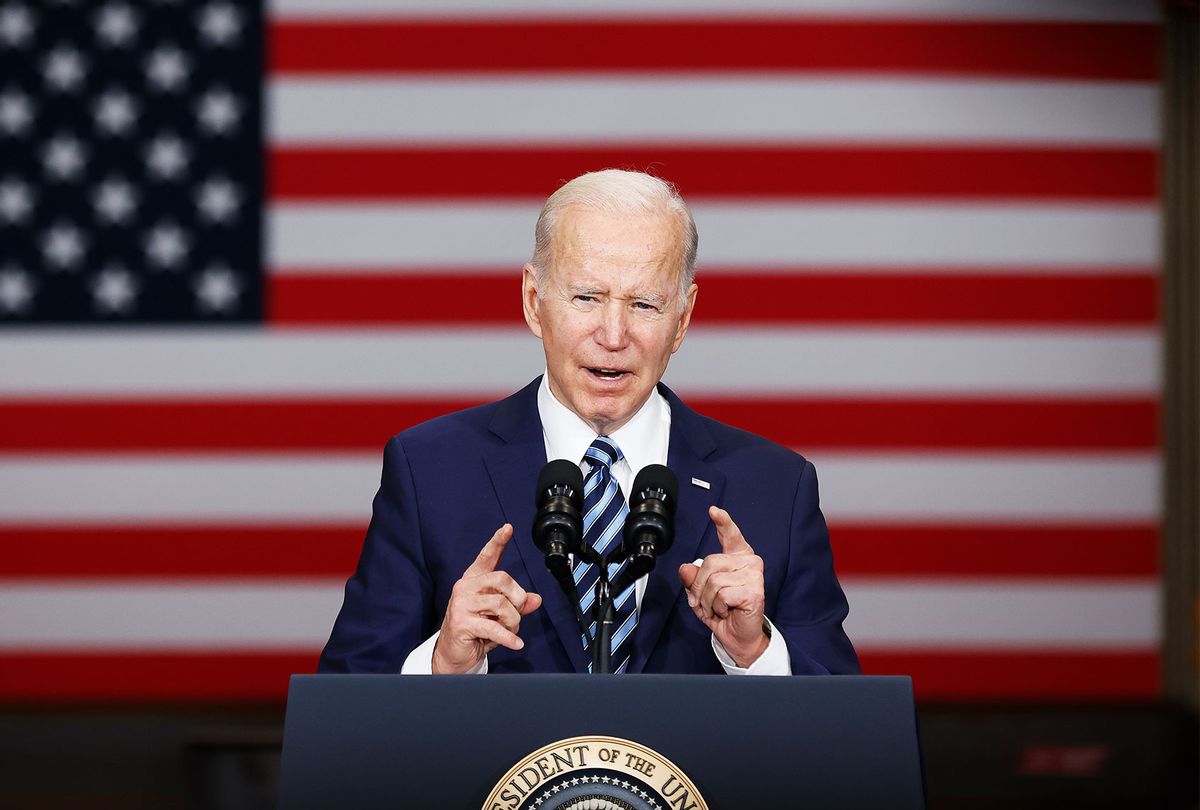 "The Biden administration will soon fund the distribution of crack pipes to drug addicts in underserved communities for the purpose of 'advancing racial equity,'" reported the Washington Free Beacon, a right-wing site.

While the manufactured wave of conservative hysteria might make for a compelling Fox News chyron, with Republicans simultaneously accusing Biden of racism and being weak on crime, this entire claim is at best a ludicrous oversimplification.

RELATED: The rise of harm reduction in the war on drugs

Here's what reality tells us: On Tuesday, the Department of Health and Human Services released details of a Harm Reduction Grant Program that will allocate $30 million to nonprofit groups nationwide as part of a plan to reduce drug-related harm, particularly in underserved communities. This initiative would expand facilities colloquially known as "overdose prevention centers," which offer fentanyl test kits, safe syringe exchanges and opioid reversal drugs for people struggling with substance abuse and addiction, an epidemic that took the lives of more than 100,000 Americans between May 2020 and April 2021.

These kinds of centers have proven exceptionally effective in reducing drug-related harm, and have operated in Canada, Australia and many European nations for years. They are becoming more common in large American cities as well. Last year in New York, such sites successfully averted 59 overdoses within a period of just three weeks.

So here's where we get to the crack pipes: As one of the 20 "harm reduction activities" in Biden's plan, HHS would provide "safe smoking kits," which might include rubber mouthpieces for glass pipes to prevent injuries, as the fact-check site Snopes has noted. It's this relatively minor provision within a much larger program that provoked conservatives into spinning Biden's entire plan as a massive crack-pipe giveaway. To be even clearer, no actual crack pipes will be given away, and the rubber mouthpieces are one small piece of a plan intended to save lives and reduce the public-health consequences of drug addiction.

RELATED: The war on drugs failed — will radical compassion work?

Where the Free Beacon and conservative Twitterati got hold of the notion that this harm reduction program, and the purported crack pipes, were meant to "advance racial equity" is not clear. Those exact words in that exact order do not appear in the HHS document outlining the program, although it does say that "​​priority populations for this program are underserved communities that are greatly impacted by SUD [substance use disorders]."

"Underserved communities" can certainly be construed as referring to communities of color, but not exclusively so. In fact the term has an official government definition, under Executive Order 13985, as "populations sharing a particular characteristic, as well as geographic communities, that have been systematically denied a full opportunity to participate in aspects of economic, social, and civic life, as exemplified by the list in the preceding definition of 'equity.'" So that could refer to predominantly Black and Latino neighborhoods, but it would also include members of gender, sexual and religious minorities, people with disabilities and, for that matter, predominantly white communities in remote rural areas — many of which have been hit exceptionally hard by the opioid epidemic.

It's difficult to avoid the conclusion that this grotesque distortion of the Biden administration's harm-reduction plan into a "crack pipe" giveaway is about politics, not policy. In the great tradition of "death panels," the "Obamaphone" and "midnight basketball," it's a deliberately misleading attempt to turn a relatively minor social reform into a hot-button culture-war issue during an election year.