I thought I hated beer until I tried porters

Don't knock it 'til you've tried it 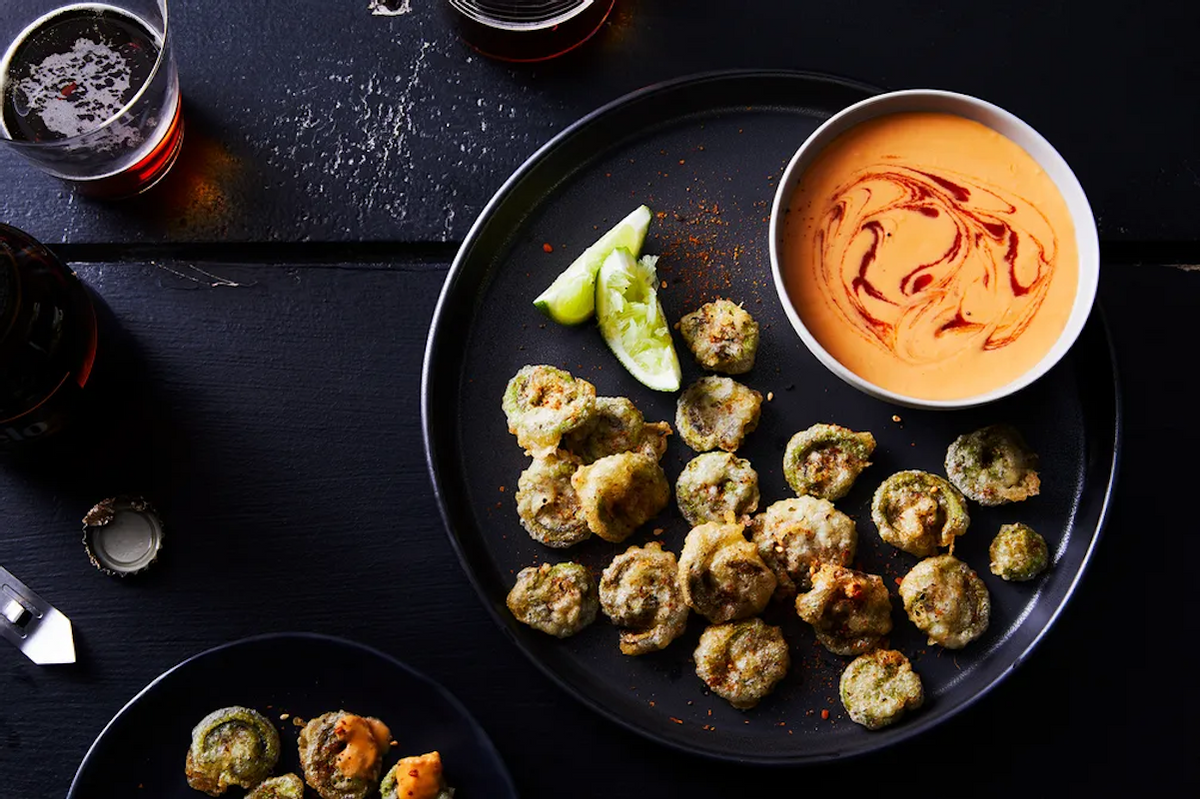 I have never been a beer person. I've tried and failed (or, rather, it failed me). I've sipped fruity IPAs that are supposed to taste like a dichotomy of bitter sunshine or juicy pineapple mixed with volcanic ash (all I tasted was ash), Oktoberfest beers to get back to my German roots, and light summer ales (or maybe they were lagers . . . what's the difference anyway?). I all but swore of the category altogether, opting for hard ciders at breweries and literally anything else at a restaurant or cocktail bar.

That is, until a painfully exhausting day when I helped my sister and her husband move into a new apartment. We were bone tired, hungry, dehydrated, and in desperate need of a cold drink. We grabbed lunch at a nearby brewery where I ordered an 8" cast iron skillet of baked macaroni and cheese and the only hard cider that was on the menu (this is, for the record, my ideal last supper).

"Kelly, do you want to try this porter?" my sister offered.

"You might like it! It's not bitter," she added. My fiancé and mother concurred — "you actually would like it," my mom urged. "I've been telling you for years that you'd like porters or stouts," Evan, my fiancé added.

I pursed my lips, skeptically held out my hand, frowned at the foamy dark liquid set in front of me, and took the smallest sip. I was told I needed to drink more than a ¼ teaspoon of beer in order to taste anything. Fine.

I took a regular-sized sip. And then I tried it again, this time drinking what could only be described as a giant gulp. It was smooth in texture, void of any bitterness or hoppy flavors, and tasted like a mocha milkshake. I polished off not one, but two five-ounce tasting glasses. Porters have made me into a beer believer. Here's why.

Even if, like me, you failed every math class since freshman year of high school, you've probably heard the phrase "Every square is a rectangle, but not every rectangle is a square." Same goes for porters and stouts: all stouts are porters, but not all porters are stouts. Stouts have been, historically, considered to be a sub-category brew within porters that are darker, stronger, and generally more full-bodied. Both are made with a combination of malts and grains, and may be brewed with other ingredients like oats, lactose (milk sugar), or coconut to give them a more dessert-like finish.

For starters, they don't taste like pilsners or pale ales. But their appearance can be deceiving. "For some reason, people tend to associate dark beers like porters and stouts with heaviness, high alcohol content, and intensity. But in reality, the porter and stout umbrella offers a wide range of styles from the super "light" bodied and easy drinking dry stouts to the strong, dessert-like "pastry" stouts (and a whole lot in between)," says beer professional Anne Becerra.

Some of the misconceptions are warranted though, says Steve Gonzalez, senior manager of brewing and innovation at Stone Brewing Co. "Just like roasting coffee beans, when you roast malts and grains to get that dark color, the end product will taste more acidic," he explains. To counteract any bitterness, brewers may use a specific type of less acidic water to enhance the chocolate characteristics found in most malts.

Girl, same. I will always gravitate towards comfort foods like Shepherd's Pie (kiss me I'm Irish) and the aforementioned, heart-stealing baked mac and cheese. But people like to tend to pair booze with cheese that's not melted and folded into elbow macaroni, too. If that sounds like you, try a porter with blue cheese. "A full-bodied, bitter roasted stout with funky blue cheese will blow your mind," says Becerra. Laura Ulrich, a small batch brewer at Stone Brewing Co. agrees: "the beer cuts some of the sharpness of the blue cheese. Gonzalez prefers something like a double- or triple-cream cheese, which is less about contrast and more about complementing the creaminess found in a porter or stout.

The chocolate, caramel notes typically found in most porters and stouts mean that they'll also go well with any chocolate dessert. Or better yet, have them for dessert on their own. (who am I kidding? I want chocolate cake too.)

Porters and stouts to drink in 2022

Sadly, I cannot remember the specific porter I tasted (those two, five-ounce tasting glasses really clouded my memory), but I can thank Druther's in Albany for my newfound love of beer. Looks like you can try their Imperial Raspberry Porter, which is probably delicious if chocolate and fruit combos are your thing (I once thought it wasn't mine, but Druther's has already proved me wrong once before). The other dark brew that is really calling my name is an Oatmeal Stout, which they describe as a "rich, malty ale" with "flavors reminiscent of cocoa and coffee." Now someone just needs to teach me how to do a keg stand and we'll be in business. I reached out to some other beer pros for their favorite porters and stouts. Here's what they had to say:

"I'm a huge coffee lover and this was almost like drinking the best iced espresso I've ever had, but with a kick. Even if people don't think they like beer, if they drink coffee or enjoy good dark chocolate, a well-made stout or porter could very well hit that same spot." — Beer professional Anne Becerra

"This is an Imperial Stout that tastes like coffee, toffee, and roasted malts. It was partially bourbon barrel-aged, so that's where you get those toffee and caramel flavors." — Steve Gonzalez, senior manager of brewing and innovation at Stone Brewing Co.

"This Mocha-style stout has vanilla, cinnamon, and a touch of cayenne. It's full of spices and extremely decadent. It's exactly what you want to warm you up from the inside out." — Laura Ulrich, small batch brewer at Stone Brewing Co.