TikTok's "Marry Me Chicken" is the latest in commitment poultry dishes 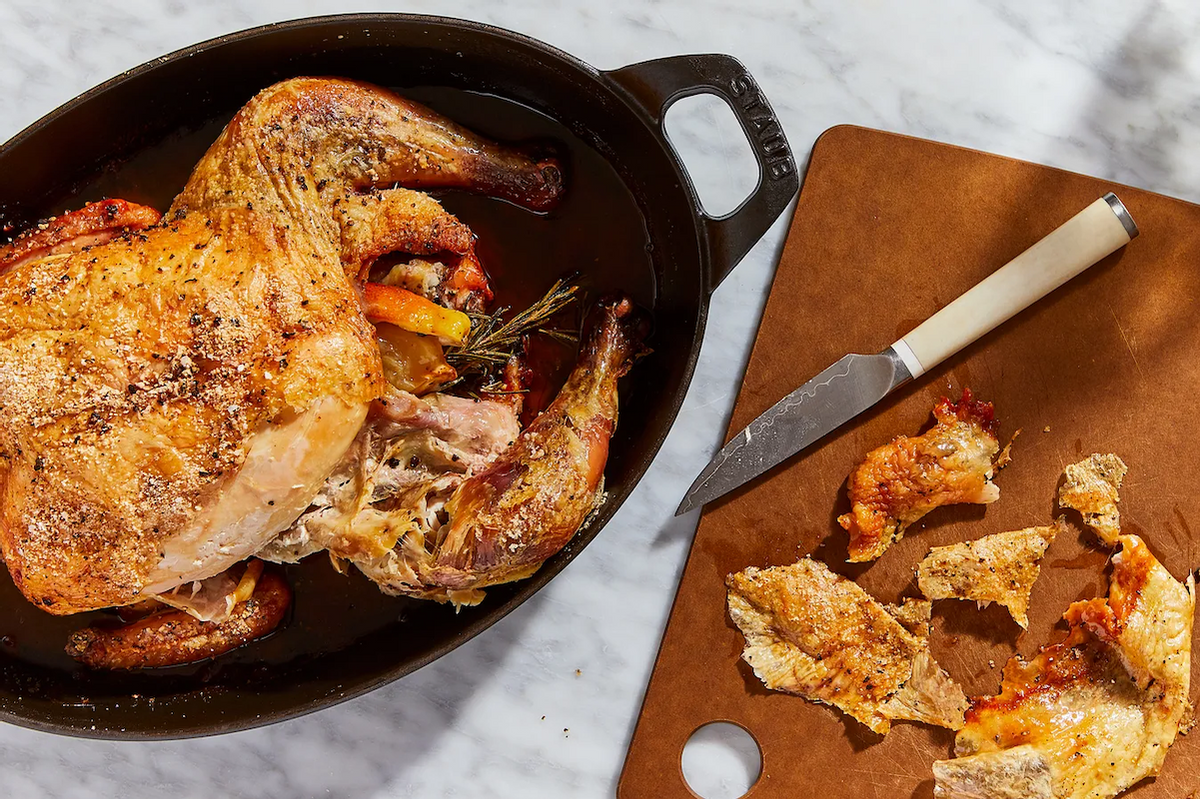 While oysters might hold centuries of reputation as an aphrodisiac, nothing seduces people into long-term partnership quite like poultry, at least according to modern legend. The latest in a long line of chicken dishes that supposedly inspire feelings of commitment, Marry Me Chicken, recently took TikTok by storm.

Like so many viral recipes on TikTok, it uses everyday ingredients and an overwhelming amount of dairy to make an easy dinner. A stick of butter, olive oil, chicken breasts, heavy cream, and plenty of Parmesan cheese bring the dish together in about 45 minutes, and — as the name implies — perhaps induce a proposal.

The idea of chicken dishes that can make marriage happen goes back to 1982, when a Glamour magazine editor gave a version of a Marcella Hazan recipe to a coworker — "the most delicious roast chicken she'd ever tasted." Shortly after the co-worker made it for her boyfriend, he proposed. She passed it onto three more people, and the same thing happened. Eventually the magazine published it as "Engagement Chicken."

That simple roast chicken recipe — just chicken, lemons, salt, pepper, and herbs — has since been created for dozens more engagements, including that of Howard Stern and possibly even Meghan Markle and Prince Harry. Rumor has it that the royal version came from Ina Garten, who adds way more garlic, some onions, and a little wine, so whether or not it gets a ring, at least you can drink the rest of the wine and have a stinky make-out session. Fellow Food Network stars the Neelys call their version Get Yo' Man Chicken and switch it to just chicken thighs, add tomatoes, and lemon pepper.

In other words, TikTok's Marry Me chicken proves itself the epitome of a viral recipe: It takes an age-old, sort of sexist idea, adds a ton of dairy, and gives a flashy new name.