Biden’s nominees have a clear path to confirmation — that is, if they're white 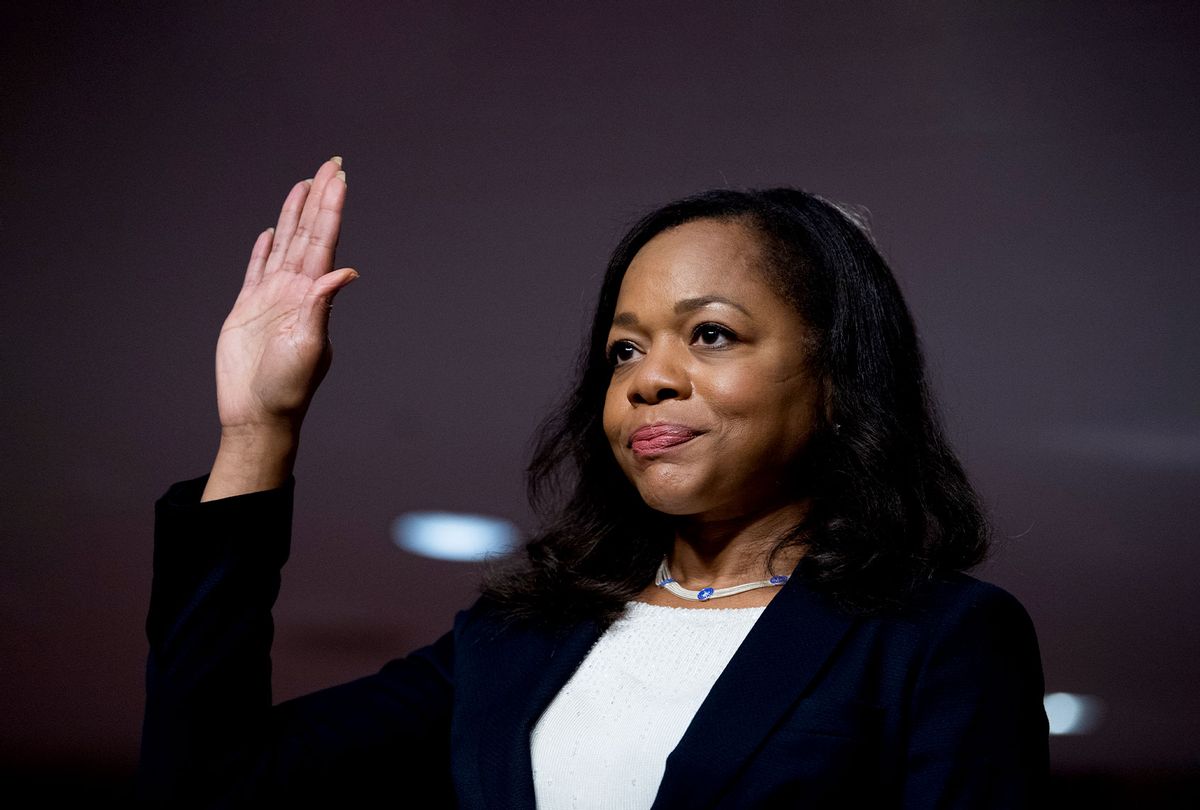 A government watchdog group has found that President Biden's nominees of color have faced tougher confirmations than white nominees — and this report comes as the president prepares to nominate a Supreme Court justice, who has said will be a Black woman.

The White House has repeatedly touted Biden's diverse appointees but the Senate has confirmed Biden's white and male nominees at a significantly faster rate than nominees of color, according to a new report from the government watchdog group Accountable.US, which  was shared with Salon ahead of its release.

White and male nominees for a range of positions at the Justice, State, Commerce, Energy, and Interior departments "generally received the fastest track through the Congressional process, having waited less time to go from their official nominations to receiving a Senate hearing, as well as receiving their confirmations quicker than other identity groups," the report says.

Biden will soon nominate a replacement for retiring Supreme Court Justice Stephen Breyer. The president has repeatedly promised to nominate the first Black woman to the Supreme Court, drawing criticism from Republican lawmakers and conservative pundits. Of the 114 Supreme Court justices in the nation's history, 107  have been white men.

"The fact that President Biden's white male nominees across several critical departments were confirmed by the U.S. Senate far more quickly than his nominees of color is deeply concerning, especially as lawmakers prepare to consider his forthcoming nominee for U.S. Supreme Court," Kyle Herrig, president of Accountable.US, said in a statement to Salon.

Sen. Alex Padilla, D-Calif., on Thursday called Republicans' treatment of Biden's nominees of color "demeaning, offensive, and just plain wrong" during a Senate Judiciary vote on Andre Mathis, one of Biden's judicial nominees. Sen. Marsha Blackburn, R-Tenn., last month said that Mathis had a "rap sheet with a laundry list of citations," referring to some traffic tickets the nominee got more than a decade earlier.

"Mr. Mathis, unfortunately, isn't the only nominee to receive this kind of treatment," Padilla said. "It's not lost on me that nominees of color have been treated differently in our hearings, whether it's insinuations of rap sheets, or hostility about their qualifications or views, or undue scrutiny of their personal religious faith."

About 45% of Biden's Justice Department nominees have been people of color and 40% have been women. But white nominees advanced through the confirmation process about 60% faster than nonwhite appointees, according to the report. White nominees went from hearing to confirmation in an average of 21.8 days, compared to 35 days for nonwhite nominees. Of the five Justice Department nominees who faced the longest delays, four were nonwhite and the other was David Chipman, a gun control advocate who withdrew himself from consideration to lead the Bureau of Alcohol, Tobacco, Firearms, and Explosives.

Kristen Clarke, the first woman of color to lead the DOJ's civil rights division, waited 125 days after the nomination to be confirmed amid considerable Republican resistance, which NAACP president Derrick Johnson and other supporters argued was "racially motivated."

Biden nominated civil rights attorney Vanita Gupta, the first woman of color to serve as associate attorney general, on his first day in office last January. She was not confirmed until 91 days later. The National Women's Law Center blamed Republican opposition to Gupta on "sexism and racism."

White Commerce Department nominees also received a confirmation hearing an average of 20 days faster than nonwhite nominees and were confirmed an average of 49 days faster than nonwhite nominees. White male nominees, in particular, received hearings within 72.7 days of their nominations compared to 158 days for nonwhite male nominees, 117 days for nonwhite female nominees, and 103.7 days for white female nominees. Arun Venkataraman, Biden's nominee to serve as the department's assistant secretary — who is of Indian descent — is still awaiting confirmation more than 230 days after he was nominated.

"These racial and gender disparities should sound alarm bells across Washington for anyone who wants President Biden's nominee for Supreme Court or any other position to have a fair and timely confirmation hearing," Herrig said.

While Republican leaders have reportedly urged members to avoid staging a showdown over Biden's upcoming Supreme Court nominee — which they do not have the votes to block — some Senate Republicans have criticized Biden for vowing to nominate a Black woman, even though former Presidents Ronald Reagan and Donald Trump both promised to nominate women to the high court as well.

Sen. Roger Wicker, R-Miss., suggested that a Black woman on the Supreme Court would be the "beneficiary" of affirmative action. Sen. Ted Cruz, R-Texas, said it was "offensive" to rule out white candidates because Black women only make up "6% of the population," and suggested it was "actually an insult to Black women." Right-wing pundits on Fox News have aired similar arguments before Biden has even selected a nominee.

Sen. Pat Leahy, D-Vt., the Senate president pro tem, suggested he perceived a trend "charges made against some nominees ... in some cases, thinly veiled charges, because they're a woman or a person of color."

That wasn't the first time Leahy has used the committee's hearings to criticize Republicans for their handling of certain nominees. "I have respect for this committee, but I also look at the record of how the votes go on nominees," he said during a confirmation hearing for Jennifer Sung, another judicial nominee. "I've seen, in my years here, which is longer than anybody else's, a disproportionate number of votes… against women and people of color, especially women of color."