"NFL is now the league of sexual anarchy," Kirk tweeted. Halftime show "should not be allowed on television" 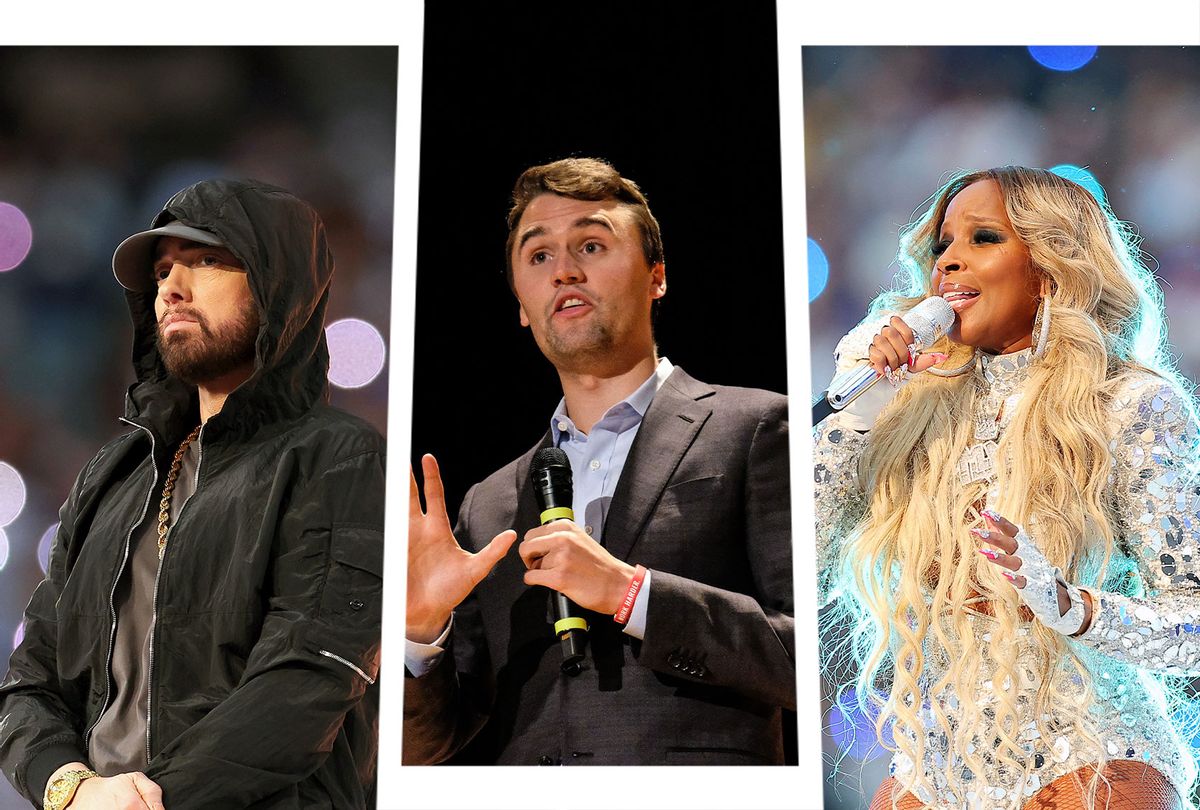 The widely-praised halftime performance, held at California's SoFi Stadium on Sunday evening, featured the likes of hip-hop heavyweights Eminem, Snoop Dogg, Dr. Dre, Mary J. Blige, Kendrick Lamar, and 50 Cent. After the show came to a close, Kirk, apparently rankled by the performers' bawdy displays, tweeted that "the NFL is now the league of sexual anarchy."

"This halftime show should not be allowed on television," he said.

Kirk's tweet, which he did not care to explain any further, drew all kinds of responses from critics on the left, many of whom derided Kirk over his prudish tendencies.

"I've been trying to figure out what Charlie Kirk means by 'sexual anarchy,'" tweeted attorney Ron Filipkowski. "I'm not exactly sure, but I think it's probably better than whatever the opposite is."

"How is charlie kirk 28?," chimed Hanna Gais, a senior research analyst at the Southern Poverty Law Center. "No one under the age of 45 should be allowed to act like that much of a boomer."

Kirk wasn't the only conservative to opine about the half-time show.

Sean Spicer, one of Donald Trump's four White House press secretaries, tweeted: "Dear @NFL / @pepsi. What was the message of the #HalfTimeShow?"

On a rare note of positivity, Candace Owens, the conservative commentator notorious for "anti-woke" rabble-rousing, heaped praise on the performance, saying, "This is an excellent Super Bowl halftime performance."

Unsurprisingly, Owens' remarks drew a wave of backlash from her own followers.

While it remains unclear what the term "sexual anarchy" means on a precisely, it isn't the first time Kirk has employed it.

During an October episode of his podcast, Kirk accused the Democrats of working toward a society of "sexual anarchy."

"The Democrats want to destroy the country, we know this," Kirk said at the time. "They want to see America completely obliterated, the Constitution shredded, and remade in their own San Francisco-Brooklyn-Malibu-Manhattan image, where there is no cultural identity, where you live in sexual anarchy, where private property is a thing of the past, and the ruling class controls everything."

RELATED: How a "diaper protest" imploded a conservative student group

Kirk later doubled down on the remarks in an essay, published by the right-wing Claremont Institute, entitled "On Sexual Anarchy." In the essay, Kirk revealed that the term was originally coined by a Manhattan pastor who described "sexual anarchy" as "the throwing off of God's sexual order."