So what actually is malt?

Beyond beer (but that, too) 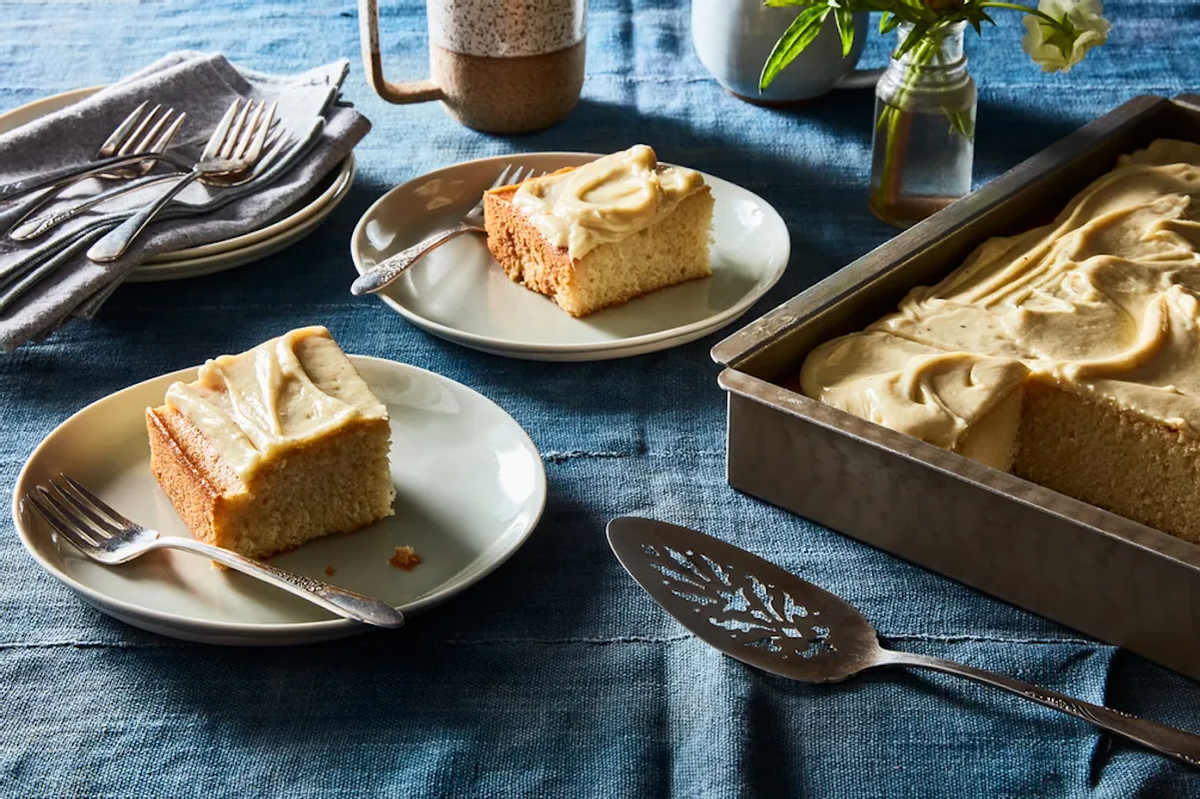 Malt is a shape-shifter. It comes in the form of a powder. And vinegar. And syrup Sometimes it's a milkshake; other times it shows up in New York City bagels, and then — poof — it's a vinegar, and then it's back — but this time it's in our beer and whiskey. So what actually is malt?

As it turns out, malt refers to grains that have undergone a process that makes them sweeter and give them qualities that aid in the fermentation process. They are used as the base for countless things we enjoy everyday — candy and milkshakes included:

Malt is a cereal grain, typically barley, that, once sprouted, is dried (in a process called malting). Once dried, malt is often ground into a slightly sweet powder, interchangeably referred to simply as malt or sweet meal.

It tastes sweet because before the grains are dried, they're soaked in water to allow them to germinate, then the germination is halted with hot air. Without getting too deep into the science, a sugar called maltodextrine is developed in addition to the sucrose and fructose already existing in the grain, making it sweet to taste.

In addition to the sugars, enzymes are developed that aid in fermentation processes, hence its popularity in the beer and whiskey industries.The result is a sweet, protein-rich, fermenting substance that's used in baking, vinegar, enriched flour, distilling liquor, and milk beverages, to name a few.

At the foundation of beers are grains, and a large percentage of these grains are usually base malts(or "base grains") in an all-grain beer recipe, which contain the ability to convert starches into fermentable sugars. These fermentable grains are usually made up of barley. Sometimes, in addition to base malts, malt extracts or syrup are added to beer. These extracts can be used as a sweetener, but are often used in brewing, in both a powdered and liquid form, as an additional source of fermentable sugar.

If you've ever watched Mad Men or have a mahogany-walled library in your home, you've likely heard of malt whiskey (and single-malt whisky). Malts are used in whiskey for the same reason they're used in beer — as a fermenting agent and for flavoring. A "malt whiskey" refers to a whiskey made from a fermented mash that contains at least 51 percent malted grain (sometimes including rye). Single-malt whiskey is malt whiskey made at one distillery and are often associated with Scottish whiskeys.

Malt in baked goods and desserts

Over the past year, we've noticed malted milk powder — a mixture of malted barley, wheat flour, and powdered milk (originally developed in the 20th century) — popping up in more recipes. Not only does it yield baked goods (and ice creams) with a nutty, sweet flavor, but when added to flour, it also helps baked goods to rise by helping yeast grow through the fermentation process, according to King Arthur Flour.

Malt syrup is also used in many classic bagel recipes as a sweetener. And since its enzymes break down flour's starch, it helps to release flour's natural flavors, improving the flavor of bagels.

If you order a "malt" at a diner, you'll likely receive a vanilla ice cream shake made with malted milk powder and chocolate syrup, a standard order that took off in 1920s soda shops after a Walgreens employee invented it (back when Walgreens served milkshakes).

This invention coincided with the popularity of Ovaltine, a cocoa-flavored drink mix originally made from malt powder, milk, and eggs.

Whether you're looking for the perfect bagel, or a subtly sweet main dish, here are several recipes that use malt powder and malt syrup:

Malt appears in the form of barley malt syrup, which teams up with brown sugar to bring a little bit of sweetness to these soft pretzels. They're just the thing to make for an Oktoberfest-inspired party or a Sunday spent in front of the television watching baseball or football. A side of homemade beer cheese is a must.

You know that person who can make friends and have an easy conversation with just about anyone? It's a specific, special social skill set that most people don't have, but is a highly coveted trait. That's malt. Whether in the form of a powder or syrup, it brings out the very best in both sweet and savory recipes.

Just 1/2 teaspoon of malt syrup sweetens these handmade breadsticks, just like the kind you'd find sticking straight up out of a bread basket at an old-school Italian trattoria. You could use regular sugar, but why would you?

Another win for soft pretzels! Instead of warm water, scalded milk and a little bit of unsalted butter are mixed into the dough to make it extra rich, plus one teaspoon of barley malt syrup. If you're allergic to barley (as some commenters pointed out), you can use molasses, honey, or rice bran syrup in place of it.

For more flavorful, creamier hot chocolate, use malted milk powder. It'll mimic the flavor of a Whopper (everyone's favorite movie theater malt balls) and warm you up from the inside out.

This is not your ordinary pulled pork. This is pork shoulder that's basted with a paste made from fennel, garlic, black pepper, maple syrup, a fruity beer, and malt vinegar; it then cooks for 18 hours in the oven, which is proof that you can get low and slow-style barbecue at home, even without buying a smoker.