Democrats are viewed as "preachy" and "judgmental," could face big red wave if party doesn't shift its message 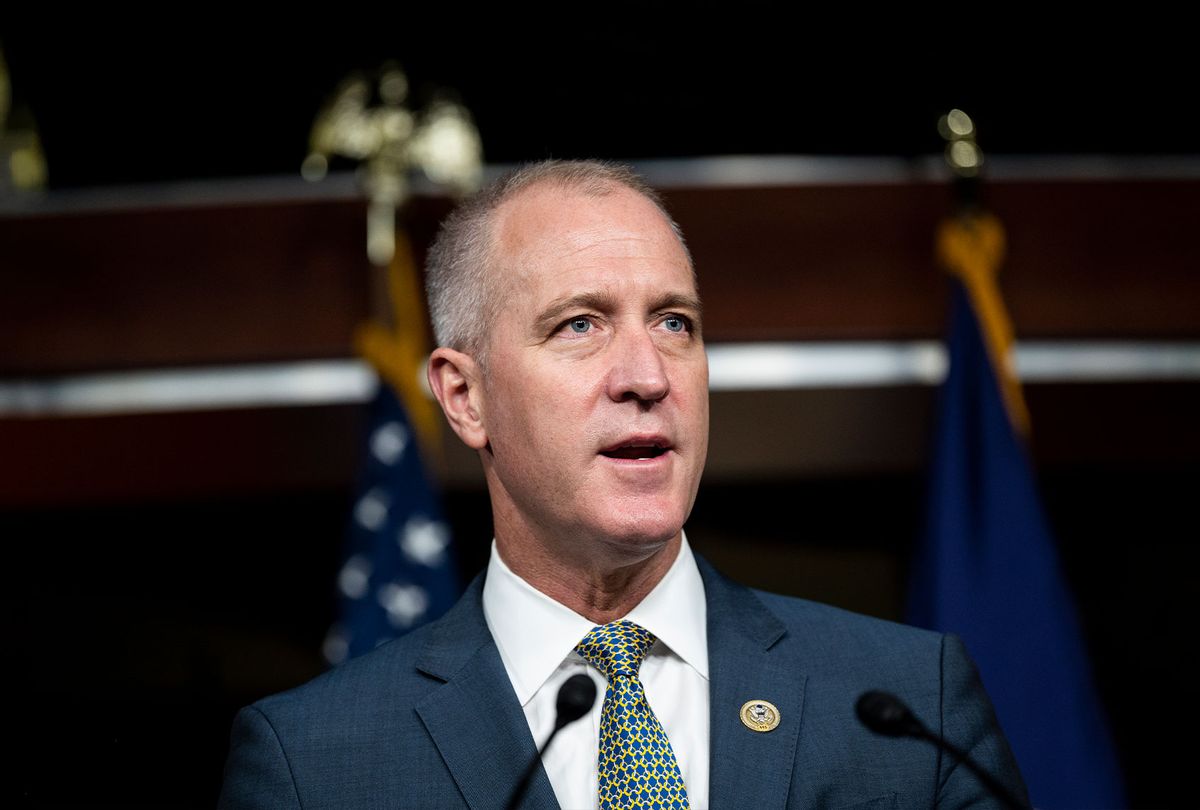 Democrats are already facing a potential red wave in this year's midterm elections — but November could turn into a virtual bloodbath if vulnerable incumbents don't respond to Republican "culture war" attacks, according to an internal Democratic poll.

A poll conducted by the Democratic Congressional Campaign Committee last month showed Democrats trailing Republicans by four points in a generic ballot of swing districts, even though voters generally support Democratic policies, according to Politico. But if Democrats don't respond to Republican culture-war attacks accusing them of supporting efforts to "defund the police" and "open borders," the GOP lead swells to a whopping 14 points, the survey found.

The DCCC warned battleground members that its research shows voters in those districts view the party as "preachy," "judgmental" and "focused on culture wars," according to the report. Republican attacks focused on public safety, critical race theory and parental rights in education have proven "alarmingly potent," warned a recent DCCC presentation.

The presentation did offer some hope to vulnerable House Democrats, finding that the Republicans' 14-point lead drops to 6 points if Democratic candidates hit back at GOP attacks. But with Republicans just five seats away from regaining a House majority, that might not shift the likely outcome.

DCCC chairman Rep. Sean Patrick Maloney, D-N.Y., has pushed frontline Democrats to counter the attacks more forcefully. Party officials in recent weeks urged Democrats not to ignore the attacks, pushing them to reiterate their support for police, reject policies of "open borders or amnesty" and talk about their efforts to keep the border safe instead, according to Politico.

The party's polling found that the Republican attacks are most effective with center-left voters, independents and Hispanics – groups that have begun to trend away from the Democrats in recent elections.

The more aggressive strategy comes after the DCCC last year went all-in on touting President Biden's accomplishments, even as his Build Back Better proposal and voting rights proposals fizzled out amid internal party divisions. A growing number of Democrats also balked at the group's focus on linking Republican candidates to former President Donald Trump, a move that appeared to backfire for Democrat Terry McAuliffe in his loss to Virginia Gov. Glenn Youngkin last November. The DCCC also backed a small group of House Democrats who insisted on passing the bipartisan infrastructure bill without attaching it to the Build Back Better proposal, a maneuver that effectively doomed Biden's dual-track effort by removing his leverage to pressure moderate members into backing the larger bill.

Maloney is now urging Democrats to drop their support for mask requirements and focus on efforts to support law enforcement and immigration restrictions. Some progressives, who would prefer to focus on turning out new voters rather than luring back moderates, say that kind of pivot isn't likely to win elections either.

"Democrats trying to out-Republican Republicans is not a winning strategy," tweeted Rep. Cori Bush, D-Mo., who has clashed with House Democratic leaders over her support for the "defund the police" movement.

The DCCC told members that policy solutions will not win them many races because "voters are not generally opposed to Democratic policies," according to Politico. "Rather, Democrats need to demonstrate they fully understand and care about stressors in people's lives" and focus on the issues "without stoking divisive cultural debates," the group said in a presentation.

The DCCC stressed that it is not trying to "offer a specific rebuttal" to GOP attacks, arguing that the best response is one that is authentic to each member and their district, according to the report.

Many Democrats have tried to focus on positive economic numbers, pointing to rising wages, GDP growth and improved hiring. But Republicans have sharpened their attacks by blaming Biden and Democrats for rising gas prices and inflation, which affect more people more directly.

While it's conceivable that "defund the police" and "open borders" attacks will damage some swing-district Democrats, there's not much evidence that pivoting toward the center or even the right on culture war issues is likely to shift the overall political narrative, or save the Democratic House majority in November.

Biden's average approval rating currently sits at under 42%, according to FiveThirtyEight, while his disapproval rating has steadily grown to 52.8%. Despite an improving economy, voters trust Republicans over Democrats to handle the economy by 18 points, according to a recent NBC News/Marist poll. At least 30 incumbent House Democrats have already announced they will not seek re-election.

"One thing that we know pretty reliably from political science is that economic performance, especially indicators like inflation, gas prices, are strongly predictive of the electoral success of the incumbent party," Josh McCrain, a political scientist at the University of Utah, told Insider. "If Democrats don't want to get absolutely destroyed in the midterms, they need to make it clear to voters that inflation is high but overall economic indicators are still good. That's a tough sell."

But after the collapse of the Build Back Better proposal and voting rights legislation, some progressives say Biden and party leaders need to do a better job of making good on their promises. Rep. Alexandria Ocasio-Cortez, D-N.Y., said that the president needs to follow through on his campaign promise to cancel student debt if he wants to appeal to a larger electorate.

"I can't underscore how much the hesitancy of the Biden administration to pursue student-loan cancellation has demoralized a very critical voting block that the president, the House, and the Senate need in order to have any chance at preserving any of our majority," she told The New Yorker. She urged Biden to use executive power to compensate for the stalled Democratic agenda in Congress, which she called a "shit show."