Is America really disintegrating? If so, it's been coming for a long time

We've been a divided country for most of my lifetime. But the intense misinformation has made things much worse 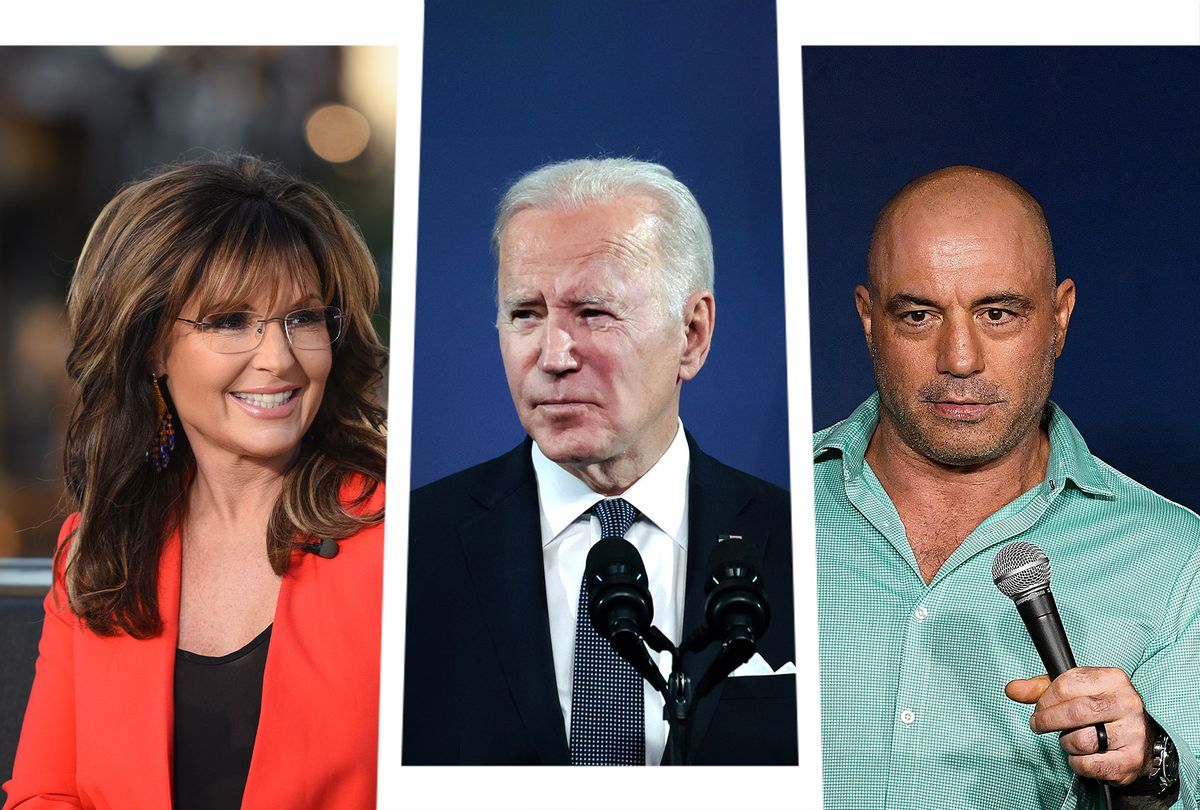 There are those who think the United States will not survive its current existential crisis.

One of those, possibly, is former Illinois congressman Joe Walsh. Speaking to me on the podcast "Just Ask the Question" on Wednesday, Walsh said he believes we could see the U.S. splitting into several countries during the next 25 years. "During the lifetime of our children," he suggested.

Sooner than that, Walsh sees a third major political party rising to power. He hopes it will become a dominant, centrist party that will unify the country and prevent a worst-case scenario.

RELATED: Joe Walsh on what the left doesn't get: TrumpWorld "would happily burn this country down"

Walsh is hardly the first to show such dire concerns about the path this country is taking. There are many who question our national direction and believe we've never been as divided as we are now — or at least not since the beginning of the Civil War. On a personal note, I remember 1968 and the riots at the Democratic convention in Chicago when Mayor Daley's cops beat people, including many Black Panthers. That was the same year as the Tet Offensive in the Vietnam War, the same year we lost Bobby Kennedy and Martin Luther King Jr. and the same year North Korea captured the USS Pueblo. Apollo 8 circled the Moon, the My Lai massacre occurred in Vietnam, and thousands of students protested the war while older Americans pronounced, "America: Love it or leave it." Tommie Smith and John Carlos bowed their heads and raised their black-gloved fists recognizing the Black Power movement during the playing of the national anthem when they received Olympic medals in Mexico City. Richard Nixon won the White House.

We are divided now, but we have been divided for most of my lifetime, and at least now we're not mired in a seemingly unending war. The trepidation now comes after decades of divisive politics, beginning with Nixon and the emergence of the far right, which came of age under Ronald Reagan, along with supply-side economics and the destruction of unions. Ultimately, today, the biggest perceived division is between rural and urban voters.

Those who believe the disintegration of the country to be inevitable see Donald Trump not as a cause but a symptom, and believe that poor communication, and the ignorance it has spawned, are the fuel stoking the fires of dissolution.

The immediate results of this problem include the very real fear that the Democrats will lose their advantage in the House and the Senate in this year's midterms. Walsh, among others — including many Democrats — blames Joe Biden for not effectively communicating the problems we face. Our democracy is still hanging by a thread, the argument goes — and we're not facing it, or refusing to do so.

I've heard that inside the walls of the White House from staffers with some experience. I've heard it from Democrats and Republicans who represent us in Congress. After Biden got an infrastructure bill passed, he held a bipartisan celebration on the White House South Lawn. Nearly a thousand people attended. It was a historic victory. But since Biden signed that bill in November, it's almost been forgotten. Part of that is because of the pandemic and the problems in Ukraine, but as Biden's critics point out, it's also because the administration has quit beating the drum about the victory while hyping the Build Back Better agenda Congress failed to pass. BBB is apparently dead, yet as recently as this week the White House continued to tell us otherwise.

Why, some want to know, doesn't Biden merely focus on infrastructure and the pandemic. Why is he so scattered? Why are his communications so poor? More importantly, why are the Democrats fighting among themselves? Don't they get it? All of those questions circle anyone who seeks answers in D.C.

But it wasn't Joe Biden who created the miscommunication and ignorance that continues to drive us all apart and it would be unfair to expect him to shoulder full responsibility for it. He too is just a symptom of our problem.

A Joe Rogan fan I ran into during the weekend said the United States is destroying itself, and that free speech is in peril. He said it's the "far left wacko liberals" who are responsible and blamed "cancel culture" for trying to shut down an "American patriot," i.e., Rogan. This same fan, however, supports the "book bans" that have regained popularity across the United States and now include the Holocaust graphic novel "Maus." I tried to explain to this person that you can't defend Rogan's right to speak and at the same time endorse banning books. "That's really an Orwellian concept," I said.  Orwell's "1984" is often among the books banned, however, and my interview subject had no idea what I was talking about.

RELATED: Why Joe Rogan's vaccine misinformation is so dangerous — and so appealing to his audience

As reported in Vox recently, according to a new American Library Association report there were 330 "book challenges" last year — a sharp increase over recent years. "Parents, activists, school board officials and lawmakers around the country are challenging books at a pace not seen in decades," the New York Times reported.

It doesn't end there. Florida Gov. Ron DeSantis has voiced his support of a bill to prohibit discussion of sexual orientation and gender identity in the state's primary schools. That is a straightforward example of the government trying to stifle free speech. DeSantis says that speech is "entirely inappropriate" for teachers to have with students. At the same time, he also endorses teaching "the U.S. Constitution, what makes our country unique, all those basic stuff" [sic]. The irony was entirely lost on him.

The attack against free speech is most aggressively waged by those who claim to defend it — and it is that attack that divides the country and perhaps will lead to the disastrous outcome Walsh and many others fear.

In one of Donald Trump's first appearances in the Brady Briefing Room at the beginning of the pandemic, a little more than two years ago, I asked him why he wanted to sue the New York Times over an editorial — after all, everyone has a right to their opinion. "Wrong opinion," Trump replied.

That was also the basis for Sarah Palin's recent suit against the New York Times. Trump threw down the gauntlet and Palin picked it up, suing the Times for an opinion piece in which the editors made a factual error. In the 1964 case New York Times v. Sullivan, the Supreme Court ruled that a public figure cannot sue for libel based on an honest mistake. You have to show malicious intent. When I spoke to Judge Jed Rakoff on a different matter a few weeks ago, he mentioned he was presiding over the Palin case and noted that the Sullivan ruling was at the heart of Palin's suit. At the end he dismissed the case, and the jury also found that Palin had not proved any malicious intent by the Times.

That would seem to be a big victory for the press, but as others have noted, the assault on free speech is not only ongoing but gathering steam. More challenges are sure to come, and in the end if politicians are able to shut down the free press because we print things they don't like, then we'll be driving down the highway toward a day when only propaganda and slogans approved by politicians can be printed, broadcast or published on the internet.

It used to be that we defended free speech in this country by saying, "I may disagree with what you say, but I'll defend to the death your right to say it."

Today we've replaced that with "I disagree with what you say and since I'm in power, sit down, shut up and do what you're told."

That's no way to run a railroad, but it is a perfectly good way to run a fascist dictatorship. It certainly contributes to the notion that we're a divided nation headed toward a break-up, and further helps to divide it by continuing to spread disinformation.

At the end of the day, the endless miscommunication and the torrent of lies told about our differences are what divide us most. Right-wing media, press releases and articles written about or for Donald Trump spout opinions like "When Politics Becomes War, the President Needs Fighters." That only inflames both sides and could well lead to the destruction of our country.

It's not that people begin believing the lies. It's more that they don't know what to believe and retreat into their comfort zone — a comfort zone often filled with ignorance and fear. If Walsh and others are right and the country ultimately breaks apart, it will be disinformation, misinformation and a lack of shared belief in truth that drive us there.

We have far more in common than we realize. But those who seek power for their own sake don't want us to know that.

Read more from Brian Karem on the trials and travails of the Biden White House: