What does a world-famous bartender drink first thing in the morning?

And perhaps more importantly: What does he drink it in? 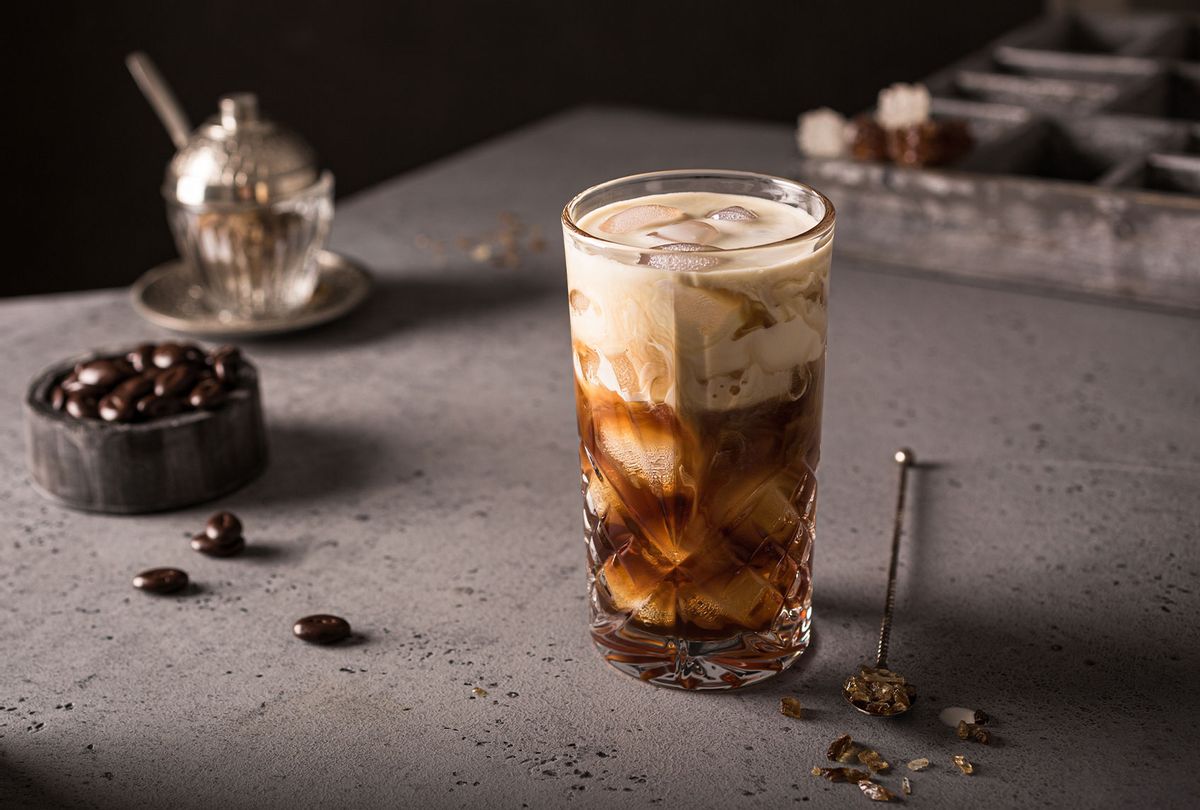 First Things First is a series chronicling the morning beverage routines of some of our favorite people.

What can you learn about a person from their coffee mug collection? If that someone is Aaron Polsky, the Los Angeles–based founder of ready-to-drink cocktail company LiveWire Drinks, you'd rightfully surmise that he's a loving cat dad with an affinity for rock and roll, Larry David's bristly sense of humor, and old-school Nintendo games. But then, as you make your way toward the back of the shelf, you may wonder about an outlier cup adorned with ballet slippers and more text than a Dr. Bronner's soap bottle. Don't worry, there's a story behind that one, too.

"I now have an excess of mugs," says Polsky, who likes deploying them as a lighthearted form of self-expression—particularly in the era of Zoom meetings. "I feel like coffee mugs and T-shirts are very important to curate."

The bartending alum of such notable hot spots as Amor y Amargo in New York and Harvard & Stone in L.A. has never been much of a morning person. In March 2020, he started LiveWire, which features canned cocktails developed by accomplished bartenders who also share the profits—a model akin to running a record label. Between navigating a start-up business all day and supporting bar customers often till 1 or 2 a.m., Polsky's work life all but requires that his days start late.

"I try to find balance the best I can," he says. That includes drinking plenty of water throughout the day, and—most importantly—getting seven to eight hours of sleep each night. "I don't try to get up too early. Sleep is the most important thing to having a clear head."

Once he's awake—usually between 8 and 9—and has fed and watered his cat sons, Mr. Brownstone and Night Train (yes, those are Guns N' Roses song titles), the next vital task is singular: to brew the sole cup of coffee he'll drink that day—black and unsweetened—which he makes in his Bonavita automated pour-over coffee maker.

"I like my coffee really strong and rich and flavorful, and if I were to do more than one cup, it would probably kill me," he says. "I used to do my own pour-over, but this coffee maker puts out water at exactly 203°F, and it's very fast and simple."

Polsky weighs and grinds 30 grams of locally roasted beans procured from nearby Obet & Del's Coffee, and measures out exactly 17 ounces of filtered water (he is a drinks professional, after all). He adds them to the coffee maker, which deposits 15 ounces of coffee right into one of two Curb Your Enthusiasm mugs he owns. He sometimes meditates during the 6 minutes it takes to brew, though work has often already won the battle for his attention by then.

As most of Polsky's coworkers know from Zoom calls, his go-to Curb mugs feature a cartoon of David's spiteful mug and a nod to one of Polsky's favorite lines, which David says during an episode when he orders at a Starbucks: "some vanilla bullshit latte cappa thing."

Polsky found the set on Instagram after recently sizing up his morning caffeine injection. Before that, he was rotating between his "Black Coffee" mugs written in the Black Sabbath band font (Polsky also has an undergraduate degree in music); a pair of heat-activated, color-changing Nintendo mugs; and, more rarely, a "cat dad" Target mug given to him a friend. But all were suddenly too small, forcing the brief cameo of a certain timeworn cup adorned with colorful ballet slippers and numerous lines of prose describing dance "as the art of the movement of the body," Polsky says. "So, you know, I needed to really fix this situation."

But this mug, too, tells a key part of the Aaron Polsky story. It represents half of a set his parents bought after immigrating to the U.S. from the Soviet Union, in 1978.