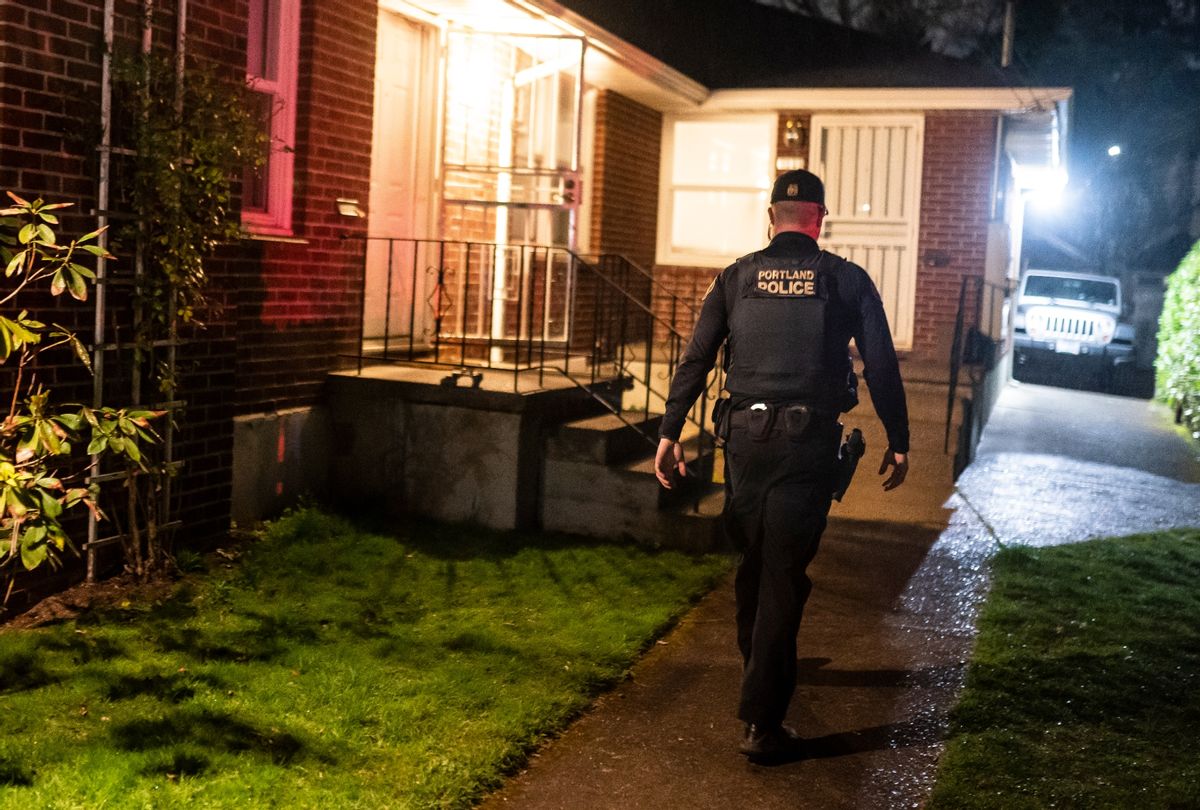 Portland police investigate a shooting that took place during a protest for Amir Locke, which officials said left one dead and five others injured, on February 19, 2022 in Portland, Oregon (Nathan Howard/Getty Images)
--

Authorities in Portland have taken two people into custody after a shooting at a police reform protest in Portland, local media reports.

"The shooting happened near Normandale Park in Northeast Portland. According to flyers circulated on social media, a group of demonstrators had planned to gather at the park for a 'Justice for Amir Locke' event. Minneapolis police killed the 22-year-old Locke after serving a no-knock warrant on a downtown apartment Feb. 2," Oregon Public Broadcasting reports.

According to the New York Times, "The Portland Police Bureau said a woman was dead when officers arrived. Two men and three other women were taken to a nearby hospital, the police said. Information on their conditions was not immediately released," adding, "The shooting took place near a park in Portland that has been the staging ground for a number of protests against police killings in recent years. Neighbors said several shots were fired."

"Several demonstrators on scene told OPB they saw a person come out of a nearby home and confront a group of about 50 protesters. The person then reportedly shot at the crowd of people. It was not immediately clear if more than one person used a weapon," Oregon Public Broadcasting reports.