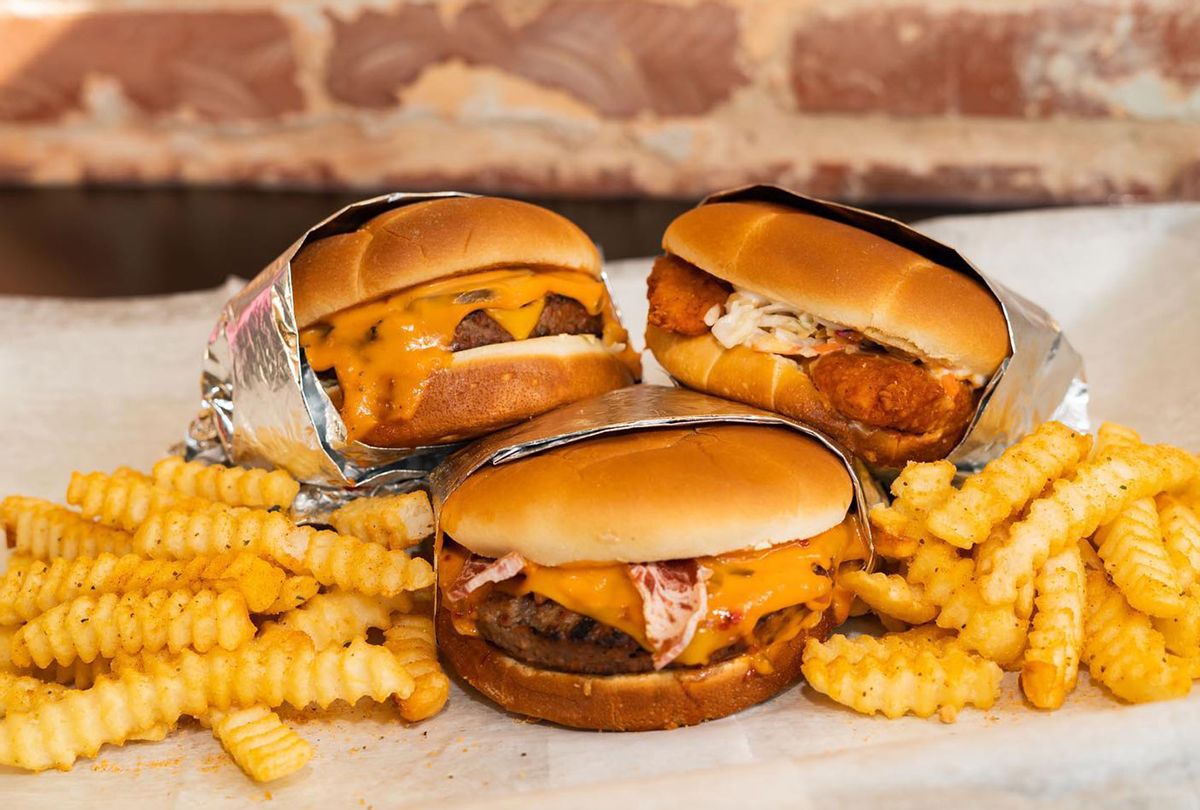 In addition to her restaurant ventures, Pinky is a philanthropist, mother, writer and beloved public figure, recently gracing the cover of Essence with her partner Derrick Hayes. We sat down with Pinky to pick her brain for a quick Q&A that talks about all things veganism, identity, and how she plans to keep growing her provocative plant-based empire.

Pinky Cole: "Well, there's a few things. The first piece of it is my story. And where I come from. I am an entrepreneur who had a business that was seemingly successful, had a grease fire, lost that business altogether, lost everything. And then I got it back. So that story of triumph really resonates with a lot of people.

And they get excited about that, because they too, believe themselves, that they can follow their dreams no matter what. That's the first thing.

RELATED: From breakfast to dessert, here are the 22 essential vegan items at Trader Joe's

PC: So for me, one as a Black woman, it amazes me every single day. But I'm not just a Black woman. I'm Black, I'm a minority. I'm a female, I'm a millennial. I'm the daughter of former immigrants. So I speak to so many audiences, where people feel like they can see themselves in me. That right there just tells me that I can tap into so many people, in the hearts and minds of people.

And it just tells me that the inclusion of all people into my dream…..just shows we can really all come together in the name of food and that feels good to me. It feels better than money. It feels better than notoriety, to know that I'm literally walking in my purpose and making an impact while doing it is one of the biggest things for me.

And when I have your attention, I could teach you about veganism, through entertainment, through a fun environment. And then by the time that you leave, you didn't even realize you just ate a plant-based burger and that shit was good! And it happens every single time.

PC: So it's funny, I used to be a television producer. Well I'm still a television producer, because we never die at heart. But I come from the TV world, and I was a producer at the "Maury" show, and a whole bunch of other shows. What I learned working with TV is that you gotta have that [make audiences] care factor, you gotta have things that people want to talk about. And you got to make them want to pay attention and not change the channel. I took those things that I learned, and I infused it into the restaurant space. If I named this "Pinky's Vegan" I ain't having no customers, maybe they'll come here and there.

But if I create a whole production experience around a concept, and make it a lifestyle, and make it so racy and raunchy, it's going to force you to want to know: 'Why in the world would somebody name a business a slutty name that is so provocative, and feels disrespectful?' 'That's anti feminist, like why would somebody do that?' But the minute that I get them feeling offended, there's an underlying intention there, and the intention is to help people to reimagine food. So when I came up with the name, it was really just a way to draw people in. Because veganism is not boring. It's fun, it can be sexy, it can be tasty. I know vegan food that is "sloppier" than just "regular" food that comes from an animal. But like there's so many variations of being vegan and being plant based, that it can be the sexiest thing on the planet. And you don't just have to eat grass all day, and salad and I love salad. Right? But it can be sexier than that. And that's why I created the name.

You can keep up with Pinky on social media here. Her upcoming cookbook "Eat Plants, B*tch" will be available in stores this fall.