Girl Scouts are facing more harassment than ever, say parents and scouts

Scouts report they are the target of rants about diets, politics and Planned Parenthood conspiracy theories 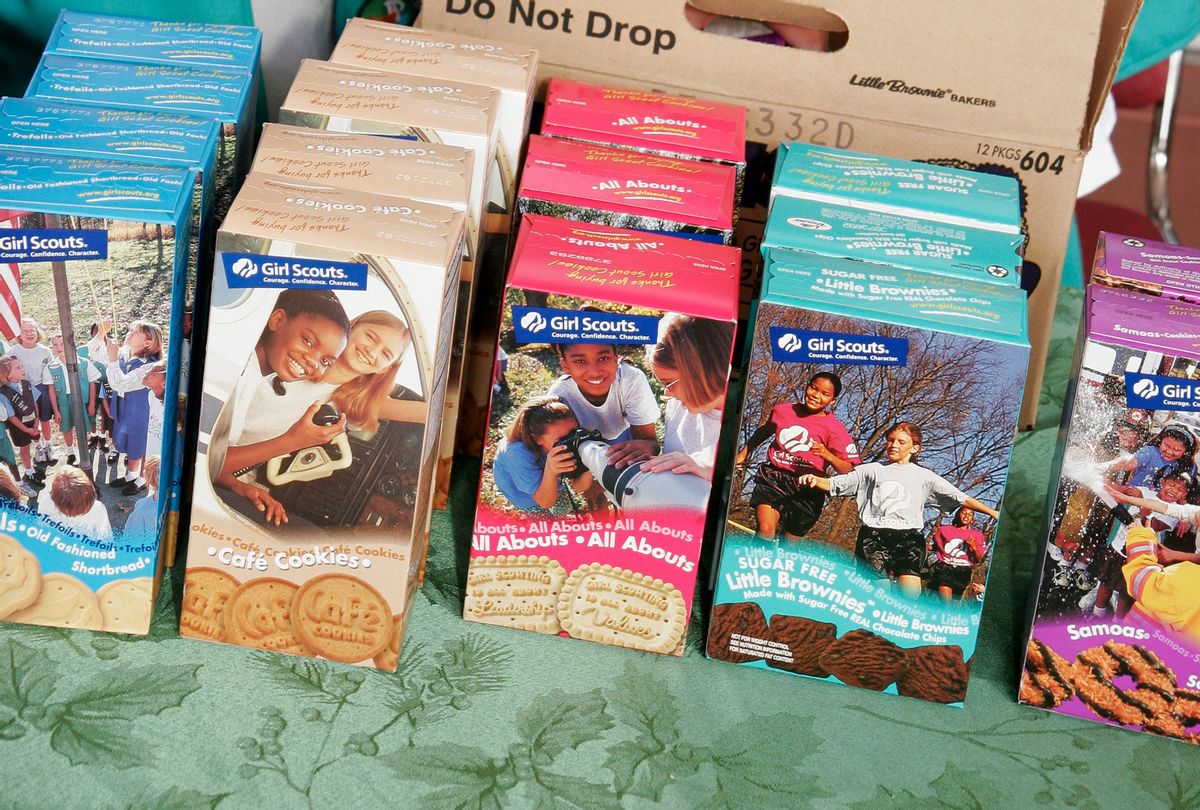 Although many door-to-door sales techniques have been left in the past,  the long-running tradition of Girl Scouts serving their communities has remained strong, even as we enter another year of the pandemic. The iconic extracurricular for young girls has long been viewed as an opportunity for learning leadership, organization and teamwork as different troops work to sell cookies in order to fund their own activities.

In tandem with the Way Things Have Been Going however, parents, group organizers and scouts themselves are reporting record levels of harassment during their sales, according to a piece published by Insider last week.

Parents say that scouts, who can range between the ages of five and 16 years old, have been subject to a litany of grievances from customers: the supposed poor nutritional content of the cookies being sold, controversy over certain ingredients like palm oil, the price, and even a long-debunked conspiracy that links the girl scout organization to Planned Parenthood.

"In 2004, the leader of an anti-abortion group in Waco, Texas, took out ads on Christian radio to protest a 'cozy relationship' between the Girl Scouts and Planned Parenthood," the piece explains. "The cause for consternation: The Bluebonnet Council, a group that included Waco-area Girl Scout troops, had put its name and logo on brochures distributed at a Planned Parenthood sex-education program for tweens and young teenagers."

According to the Social Issues FAQ on the Girl Scouts' website: "Girl Scouts of the USA does not have a relationship or partnership with Planned Parenthood." Additionally, the organization states that it "does not take a position or develop materials" on the topics of human sexuality, birth control, and abortion.

Yet, as Salon's Mary Elizabeth Williams wrote in 2011, "certain memes are too stupid to die" as conservative politicians, like then-Indiana State Rep. Bob Morris, made headlines for declaring that the Girl Scouts were "quickly becoming a tactical arm of Planned Parenthood" and have been "subverted in the name of liberal progressive politics and the destruction of traditional American family values" by "liberal progressives" promoting "feminists, lesbians or Communists."

It doesn't seem like a lot has changed in the last decade on that front as the Insider piece reports that a Facebook post in a parenting group complaining about this harassment yielded dozens of replies, with parents and volunteers sharing what their own troops had witnessed while out on the job.

Representatives for the company are quoted in the piece saying that scouts are always supervised by adults, in addition to receiving training on how to deal with difficult customers.

No amount of preparedness seems to prevent the fact that in many of these situations, scouts and volunteers are led to feel unsafe, even reporting sexual harassment in some cases.

In our day and age, even young girls selling something as innocuous as cookies have become targets of misinformation and misplaced politicization. Time to crack open a box of Samoas to cope with the stress.