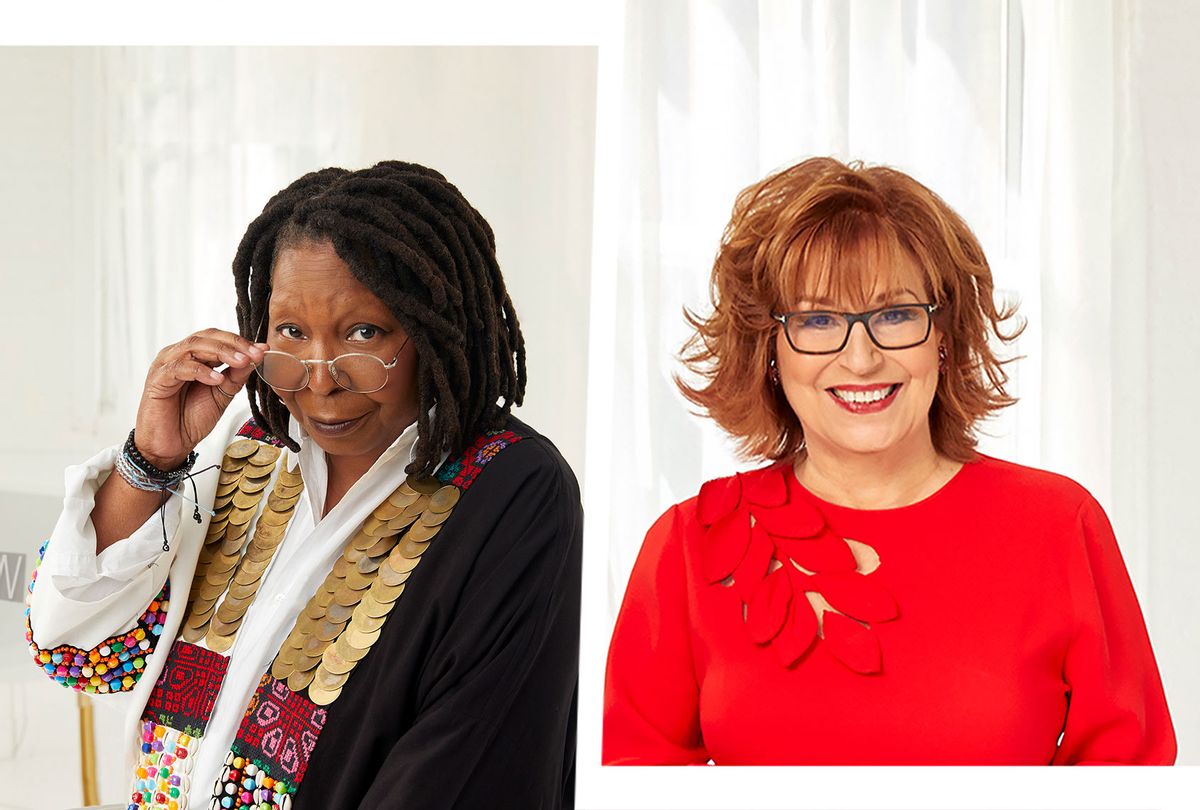 Author Heather Havrilesky has famously referred to her husband as "a smelly heap of laundry," among other choice and derogatory descriptors in her latest book – causing the hosts of "The View" to collectively clutch their pearls.

During a segment on Wednesday, the hosts express outrage and quite a bit of confusion toward Havrilesky's new book "Foreverland: On the Divine Tedium of Marriage" and its humorous gripes on marriage.

"There's a new book by a journalist, wife and mom who reflects on her 16 years of marriage, writing about how she hates her husband . . . and claims anyone considering getting married is a masochist," introduces Whoopi Goldberg, adding with bafflement. "Yet she also calls it divine!"

The whole conversation kicks off then, and it seems their main grievances are Havrilensky's word choices.

"She called him a 'smelly heap of laundry' and a 'snoring heap of meat,'" Joy Behar laments. "The worst part is 'smelly.'"

Sunny Hostin is particularly shook by this perceived depiction of marital betrayal, explaining, "This world is really crappy sometimes and it's really hard out there, and I think when you come home to your intimate partner . . . "

"When you come home to your heap of meat," Behar interjects.

When guest host Michele Tafoya tries to point out that Havrilesky's husband is on record with being OK with the humor, Hostin declares, "I think he lied."

RELATED: Have we forgotten how to read critically?

While no one matches how visibly offended Hostin is by the book, Goldberg also takes issue with Havrilesky's writing.

"You don't need to call people funny names . . . he may not appreciate getting ribbed at work by being called the names that are in the book," she says, referencing Havrilesky's husband Bill Sandoval. "I think you always have to measure what funny is."

Tafoya readily admits that they've only read snippets of the book. If "The View" hosts took the time to read Havrilesky's writing, they might discover a more nuanced commentary on marriage, one that is equal parts critical and facetious. Though Havrilesky compares her husband to "a cross between a lonely nerd" and "a haunted ice cream man" she also describes him as "a very handsome professor, a leader among men" and "my favorite person." Two things can be true at once. Havrilesky can love her husband deeply while occasionally hating his guts.

Only Sarah Haines seems to catch on.

"It's so layered, and we only feel it's appropriate to talk about the good parts," Haines says of marriage. "I think she used that extreme language to get your attention and then as you read in you start to relate a little too much to some of it."

Despite this acknowledgement of less offensive intent, never throughout the entire segment, does anyone deign to mention the author by name. Havrilesky, incidentally, is a former TV critic for Salon.

Sadly, Havrilesky is used to people not getting the joke. She faced similar criticism when an excerpt of her book was published in The New York Times in December.

"Thinking about Heather Havrilesky's piece in the NYT and her just writing about how much she hates her husband and is roasting him to ashes and this being literature or something published and sent out to the world," one user tweeted. "What a lady."

And while she might have taken the trolling in stride last year, her patience is wearing thin.

"I wrote a funny, romantic book that underscores the challenges of marriage and paints my husband as the hero of the story, and from the NY Times review to the tabloid coverage to 'The View,' it's been warped to 'Wife Is Total Bitch,'" she tweeted Thursday.

Yet while the hosts of "The View" might disagree, many readers of the book found solace in Havrilesky's unflinching take on marriage.

"Heather Havrilesky is one of the few writers out there who makes me feel like I'm not totally f**king alone in my own head," a reader tweeted. "I ordered this book because the idea that imperfect women and imperfect relationships still have value is one I need, desperately."

Watch the full clip of the discussion below, via YouTube: