"Wonder how she did on the LSATs?" asks Fox News primetime star. "Why won’t [Biden] tell us that? 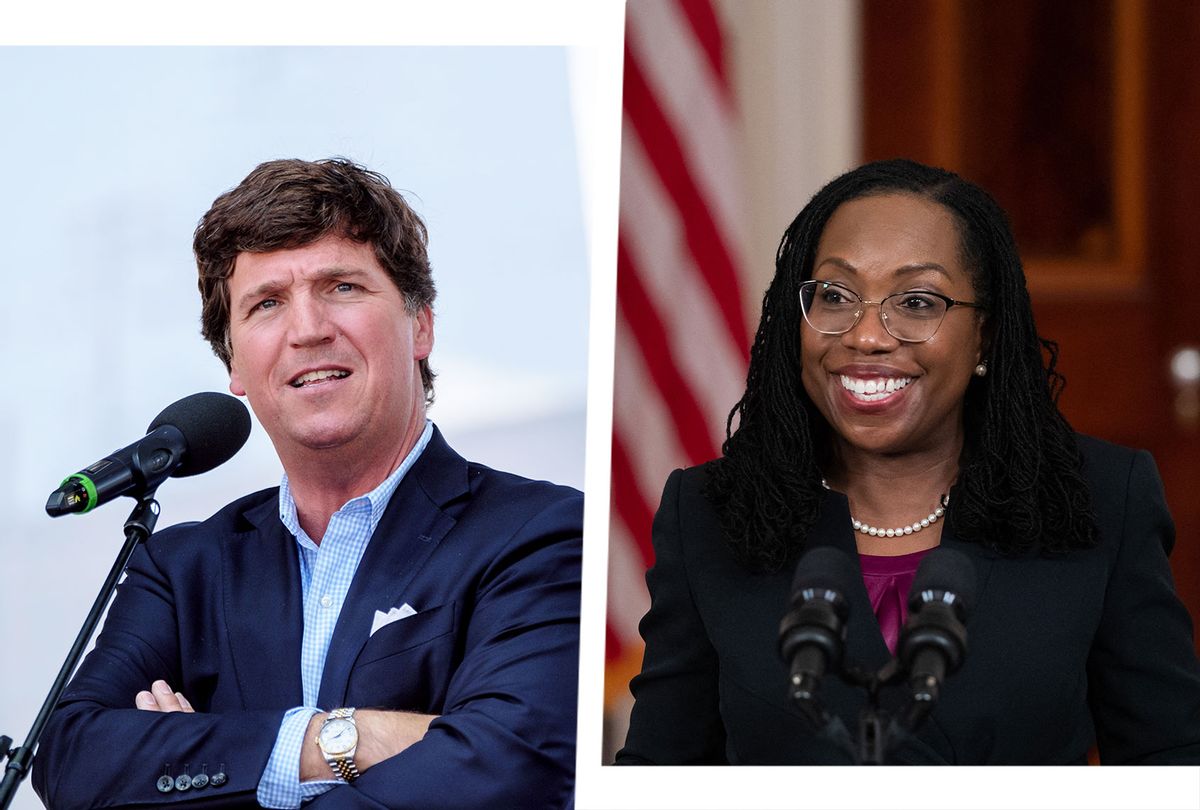 Fox News host Tucker Carlson is facing accusations of racism after attacking both the name and the academic credentials of Judge Ketanji Brown Jackson, President Biden's Supreme Court nominee, who would become the first Black woman to ever serve on the nation's highest court.

"So is Kentanji Brown Jackson ― a name that even Joe Biden has trouble pronouncing ― one of the top legal minds in the entire country?" Carlson said during a Fox News broadcast, perhaps deliberately mispronouncing Jackson's first name.

"We certainly hope so. It's Biden's right. Appointing her is one of his gravest constitutional duties," he continued.

"So it might be time for Joe Biden to let us know what Ketanji Brown Jackson's LSAT score was," the host added. "Wonder how she did on the LSATs? Why won't he tell us that? That would settle the question conclusively as to whether she is a once-in-a-generational legal talent, the next Learned Hand." (For the record, the LSAT, a standardized test used as an admissions criterion by most law schools, is not seen as highly predictive of a lawyer's future career.)

Jackson, currently a judge on the U.S. Court of Appeals for the D.C. Circuit, was nominated by Biden last month, and is set to replace Justice Stephen Breyer, a member of the Supreme Court's liberal minority, who announced his resignation in January. Previously, Jackson worked as a federal public defender in Washington, D.C., and served as vice chair of the U.S. Sentencing Commission. She would be not just the first Black woman to serve on the Supreme Court, but also the first former public defender.

On Thursday, Carlson faced considerable blowback for his remarks, with some observers suggesting that the top-rated Fox News firebrand was holding Jackson to a standard that he had not applied for previous nominees.

Congressional Democrats, for their part, have widely touted Jackson's pedigree, and Biden has called the judge one of America's "top legal minds." Even some conservative legal experts have praised the judge's credentials, as the Washington Post reported this week, noting that her judicial philosophy falls within the mainstream.

Still, Jackson is likely to encounter significant opposition from Senate Republicans, in part because of Biden's advance commitment to nominate a Black woman.

In January, Sen. Roger Wicker, R-Miss., said in a radio interview that Biden's nominee "will probably not get a single Republican vote." Any Black female nominee, he added, would be a "beneficiary" of "affirmative racial discrimination."

"He's saying to 94% of Americans, I don't give a damn about you," said during his podcast. "You are ineligible. And it's actually an insult to black women."

Jackson's confirmation hearings have been set for March 21, according to the Senate Judiciary Committee, with Democrats aiming for a final vote by April 8. Although the current Senate is divided 50-50, Democrats could confirm Jackson with the tie-breaking vote of Vice President Kamala Harris, even if the nominee receives no Republican votes. Thanks to a precedent set by a previous Republican majority, Supreme Court nominations are not subject to the filibuster.

Read more on Judge Jackson and the Supreme Court: