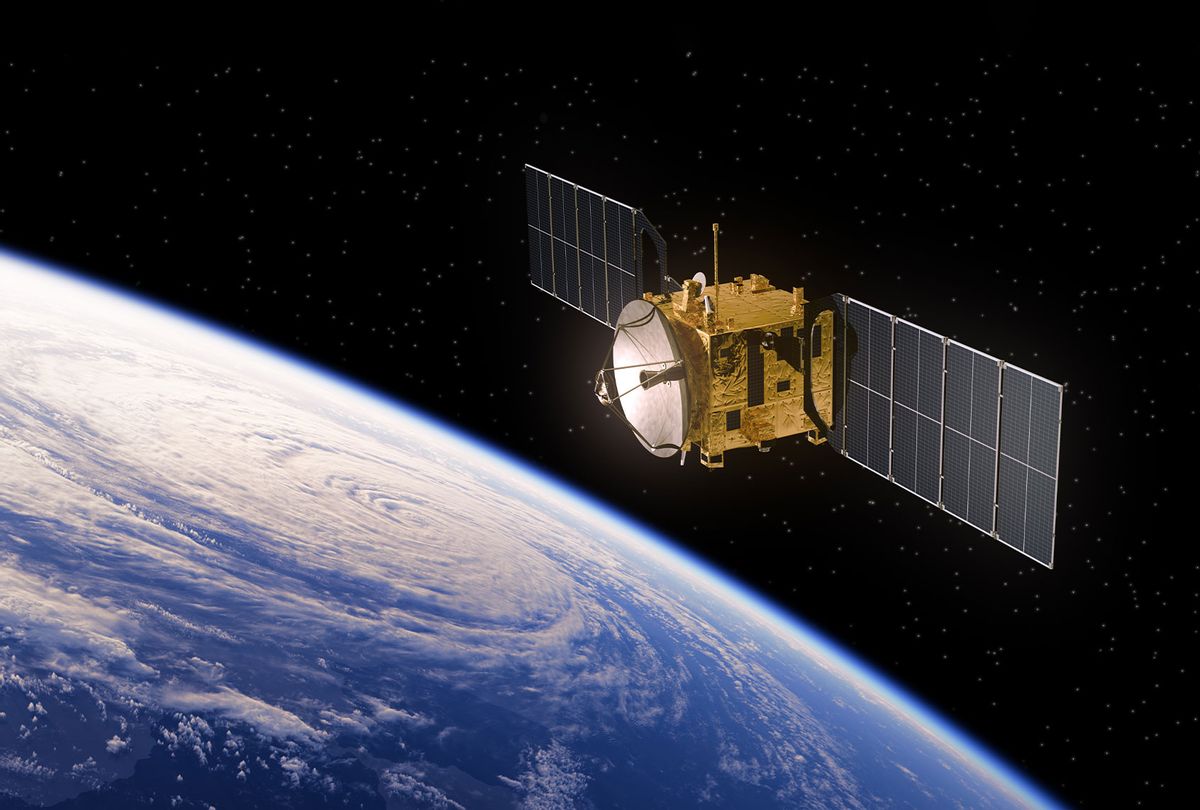 As a 40-mile long Russian military convoy approaches Kyiv, the world has been watching in horror via high-resolution satellite imagery which leaves little to the imagination. As the images from space show in great detail, Russian troops are bearing down on the Ukrainian capital with tanks, armored vehicles, artillery, and supplies in an unparalleled public spectacle. Rapid dissemination of information to the public has quickly become a defining facet of the Russian invasion.

Unclassified images of the unfolding conflict from Earth-observing satellites inundate the media. Oddly enough, their origin is not military — not exactly. Private intelligence companies like Maxar Technologies contract with government agencies to keep tabs on national security threats.

Often marketed for environmental monitoring, Maxar's satellites actually track everything from greenhouse gas emissions to moisture in the soil and the spread of wildfires. They even freely release images of fallout from natural disasters. This pro bono work does little for their revenue stream, but military contracts with the US and its allies foot the bill for their more altruistic work.

"The primary source of funding for nearly all of these, all of the commercial satellite imagery sector at the moment is the national security community," Brian Weeden of the Secure World Foundation told Axios. "Now the hope has always been that other sources of funding would materialize, but I think that's still a work in progress."

Mounting tension in Europe provided a perfect opportunity to demonstrate the growing capabilities of the commercial space sector.

"The conflict in Ukraine and its global implications create an opportunity for the new Earth observation space companies to demonstrate their capabilities," said Scott Herman, CEO of Cognitive Space to SpaceNews. "You don't get a better opportunity than this to show how remote sensing can support media storytelling and help with the general public's understanding of a crisis like Ukraine."

Tracking military movements revealed the dissonance between Russian claims of withdrawal and mounting presence on the border. As a private entity, Maxar can make satellite imagery publicly available. The US National Reconnaissance Office just pays a hefty $300 million premium for their images and "preemption rights" to train the satellites on whatever they deem necessary for intelligence.

When President Biden warned that the threat of Russian invasion remained imminent the satellite imagery provided by Maxar managed to quell uncertainty in the media.

"Indeed our analysts indicate that they remain very much in a threatening position," Biden said. "And the fact remains, right now Russia has more than 150,000 troops encircling Ukraine and Belarus and along Ukraine's border. An invasion remains distinctly possible."

Their ability to shape a narrative in the public sphere has actually proven enormously beneficial. Images from Maxar's satellite constellation already released to the media clearly showed the recent construction of a bridge near the Belarus and Ukraine border as well as the arrival of new military forces and equipment.

Doing so supports global transparency and combats the spread of disinformation — misinformation deliberately deceptive — deployed by Russia to bolster justification for the unprovoked onslaught.

"We don't know what form the false pretext will take, but we hope the world is ready," said a senior White House official in a press call. "Just as Russia's claims about withdrawing troops were false, so will be whatever pretext they invent to justify this war of choice."

Geospatial intelligence provided key insights early on in the Russia-Ukraine conflict, and continues to demonstrate its value as the war continues.

"The world is rejecting Russia's lies," pronounced President of the United Nations General Assembly Abdulla Shahid. "We can all see what is happening in Ukraine with our own eyes. Russia is responsible for the devastating abuses of human rights and the international humanitarian crisis that we are watching unfold in Ukraine in real time. There is no room for excuses or equivocation. Russia is to blame."

Read more on the invasion of Ukraine: