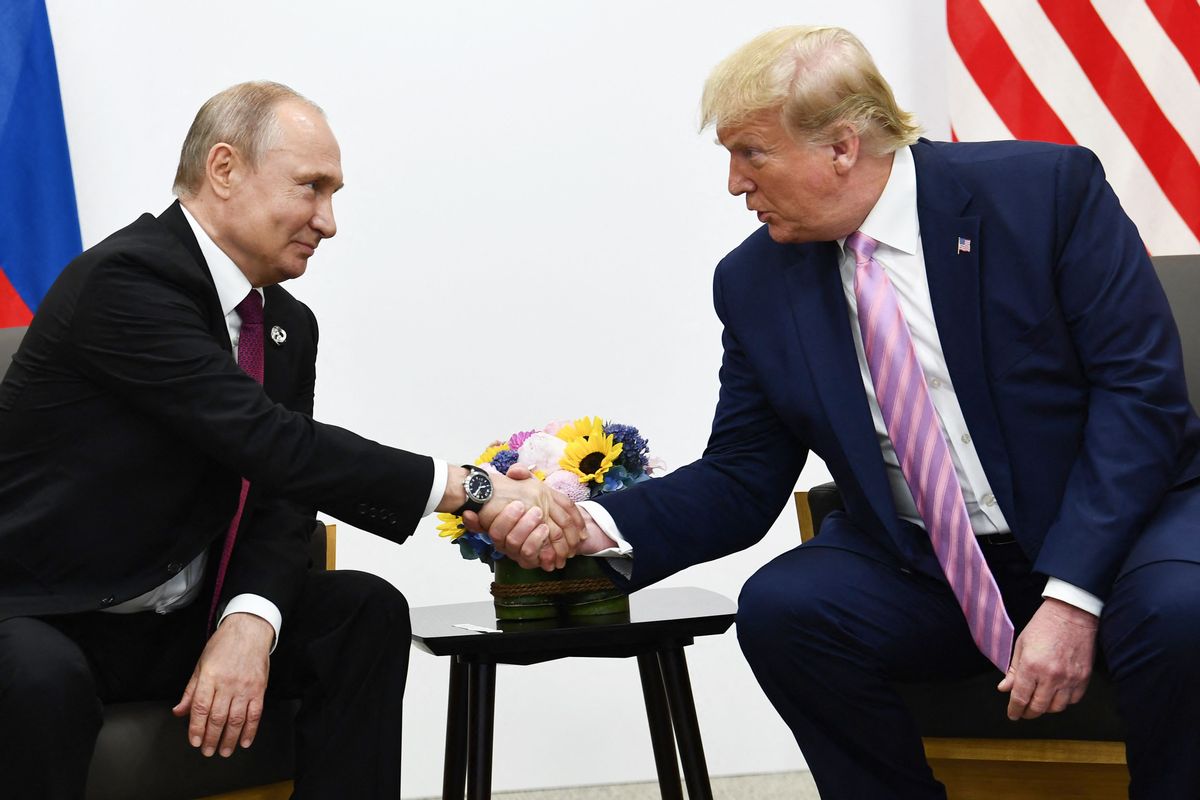 Donald Trump claimed that there is "a lot of love" behind Russian President Vladimir Putin's devastating invasion of Ukraine, which has already resulted in hundreds of civilian casualties.

"He's got a big ego," Trump said of Putin. "Again, I know him very well ... I understand he's gotten rid of a lot of his generals."

Trump also speculated that the Russian president felt "cornered," suggesting that Putin might commit "unspeakable" acts of warfare if the invasion doesn't go his way.

Later in the segment, the former president argued that Putin is on a conquest to restore the Soviet Union.

"You say, what's the purpose of this? They had a country," Trump explained. "You could see it was a country where there was a lot of love and we're doing it because, you know, somebody wants to make his country larger or he wants to put it back the way it was when actually it didn't work very well."

The Soviet Union officially dissolved in 1991, which resulted in Ukraine's status as a sovereign state. However, for nearly a decade, Putin has argued that Ukraine is fundamentally a part of Russia, a false claim that is at the heart of Putin's invasion.

Since the invasion began, Trump has intermittently weighed in on the conflict, but his comments have been somewhat contradictory.

Just when the military assault was officially launched, Trump described Putin as "very savvy," calling his strategic sensibilities "genius." Days later, facing a chorus of condemnation from many of his congressional allies, Trump did a seeming about-face, calling the Russian attack "appalling."

"As everyone understands, this horrific disaster would never have happened if our election was not rigged and if I was the president," he added at the time.

Trump has also suggested that Putin is "playing [President Biden] like a drum," suggesting that if he remained president, the crisis would have been averted.

But some critics have argued that Trump's actions as president actually emboldened Putin to take on a bellicose military posture that might have led to the current invasion.

During his presidency, the former president repeatedly heaped praise on Putin and openly rebuked NATO, at one point trying to extricate the U.S. from the security alliance. Trump also waged a campaign to withhold vital military aid from Ukraine in order to induce the country's president Volodymyr Zelenskyy to investigate Biden's son, Hunter, for political purposes.

"All this did was say to Russia that Ukraine was a playground," former White House Russia advisor, Fiona Hill, told CNN last month. "Not once did I see [Trump] do anything to put America first. Not once. Not for a single second."