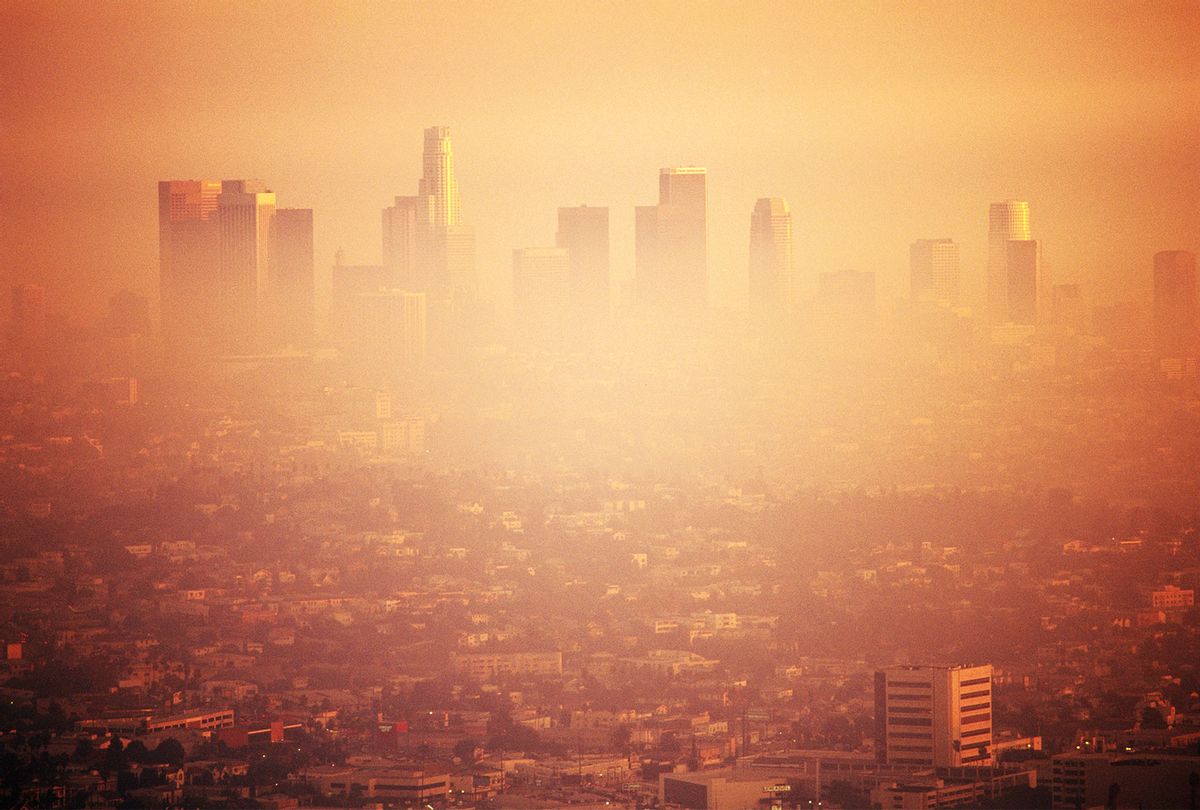 Earth's stratosphere is a lot like Las Vegas, in that what happens up there, stays up there. For one, molecules of ozone, formed naturally by interactions between oxygen and the sun's rays, form a naturally protective layer that shields us from harmful ultraviolet rays. It is only when ozone is produced closer to the ground, such as through industrial pollution, that it is harmful to life.

Though only one extra oxygen atom separates ozone (O3) from the oxygen humans need to breathe (O2), ozone is not breathable, but rather a smog-forming pollutant that is known to cause asthma. That makes sense, given its interaction with the lungs. An unexpected and newly discovered outcome of ozone pollution is depression in teenagers.

Indeed, the surprising finding comes from a recent paper, published in Developmental Psychology, followed the mental health of more than 200 emerging teens in the Bay Area over a four-year-period. It adds to the ever-growing body of research into the surprising effects of industrial pollution on both our physical and mental health.

The study found that those children in areas with higher levels of ozone pollution were far more likely to develop depression. According to lead author, Dr. Erika Manczak, average levels of ozone in these communities were all well within air quality levels the EPA deemed safe.

"These aren't objectively high-ozone places," Manczak told Salon. "Even with this relatively lower exposure, we are seeing these significant differences. To me at least, that suggests that perhaps we need to revisit what we consider healthy levels of ozone exposure."

Romantically, we associate the fresh scent of ozone with purification — so much so that some companies market home ozone generators for cleaning. Despite protection it affords Earth from harmful solar radiation, ozone is toxic to humans. In the lofty words of the Environmental Protection Agency, ozone, categorized as one of five main pollutants in the air quality index, is "good up high — bad nearby."

"In the last couple of decades there's been an increasing awareness of how complex mental health and mental disorders are and especially how many different types of things seem to contribute to risk or seem to protect people from risk," Manczak said. "That increasingly includes a greater awareness of some of the biological contributors."

"Physical exposures to pollution, for example, can activate similar biological pathways that have been previously suggested to relate to depression," Manczak continued.

She speculated that other pollutants may contribute to a variety of mental health symptoms as they would with any other illness.

"This would suggest that when we think about the health effects of air pollution, we probably should expand our definition of health to also think about mental health processes as well," Manczak added.

Detectable to the human nose at 10 parts per billion for quite a good reason, ozone can irritate the respiratory tract, and having been associated with the emergence of asthma and other chronic illnesses, it can lead to permanent damage over time.

"For diseases like asthma or cardiovascular disease, one of the reasons that ozone might contribute to those outcomes is that inhaling ozone increases inflammation in your lungs but also can increase systemic inflammation throughout your body," Manczak explained. "That same pattern of systemic inflammation is also associated with increased risk for depression, so that was the main pathway that we think these associations may be operating through."

The study was limited in scope, but highlights several critical area for further investigation, including further inequities stemming from air pollution.

"Broadly, communities that are marginalized are disproportionately affected by pollution thanks to the terrible legacies of redlining and other forms of systemic racism," she said.

A resulting "smog" hangs over low-income, urban areas in which such compounds are most prevalent from industrial activity, and decades of redlining practices have ensured that pollution disproportionately affects communities of color.

"Communities of color tend to live in areas that have higher ozone pollution," Manczak continued. "We also know that the same communities often are experiencing disproportionate physical and mental health burdens."