Biden Administration invests in cleaning up the polluted Great Lakes

"These sites were dangerously polluted for decades," Biden acknowledged. "We're committed to clean them up." 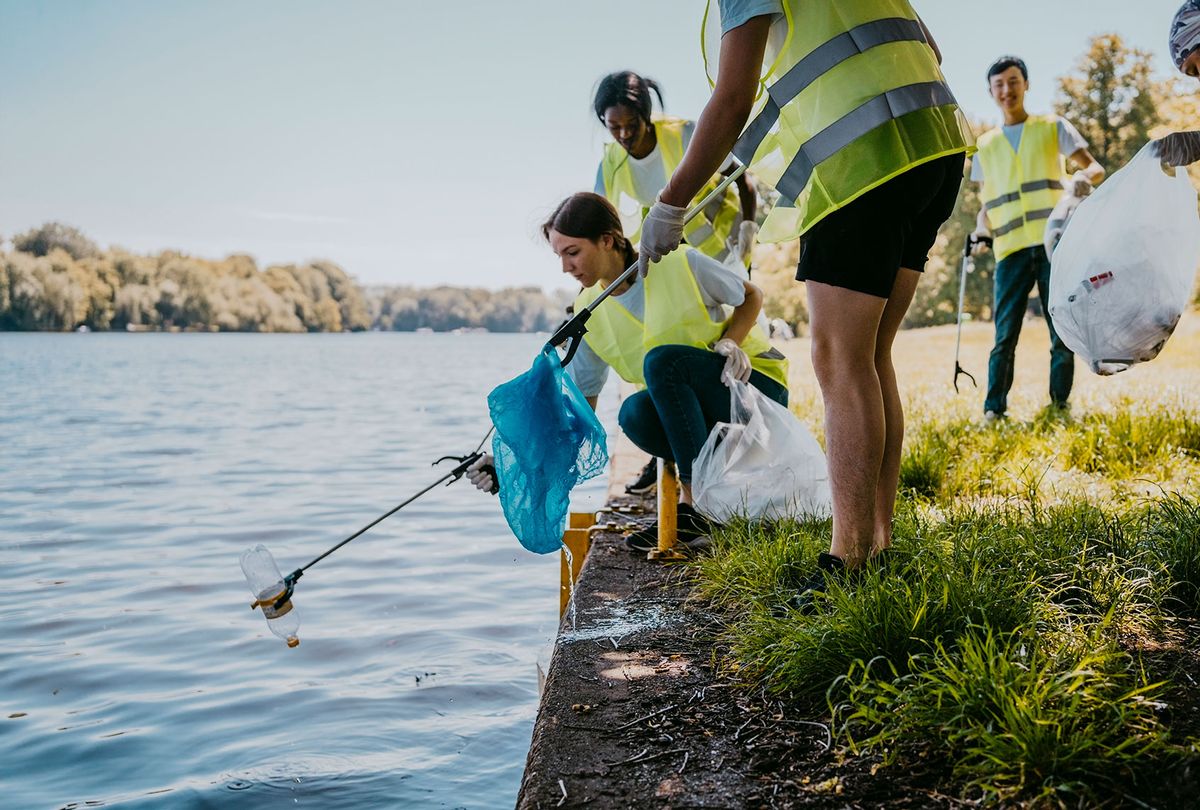 Almost 53 years ago, sparks from a passing train were enough to ignite the Cuyahoga River. On June 22, 1969, an oil slick burst into flames by a Cleveland steel mill just before noon. To residents of the Rust Belt city, the fire came as no surprise — not even making the front page of either daily. To the nation, it was a wake up call that animated a bipartisan conservation movement.

Just one county over in the city of Lorain, Ohio, President Joe Biden paid homage to that history last month with a show of across-the-aisle environmentalism. On the banks of Lake Erie, President Biden stood in a shipyard at the mouth of the Black River to announce a $1 billion investment into the Great Lakes Basin via the Bipartisan Infrastructure Law.

"Pollution from industry, runoff from agriculture, poor wastewater treatment put the Great Lakes and everyone who depends on them at risk," he asserted. "For decades, there was a lot of talk, a lot of plans, but very little progress. It was slow. That changes today."

Without fatalities or notably high costs, not much had set the 1969 fire apart from the last 12 major fires on the river until an Aug. 1 article in Time magazine put it in the limelight. The following year, President Richard Nixon established the Environmental Protection Agency, and the Clean Water Act passed despite his veto in 1972.

RELATED: The battle for the rights of nature heats up in the Great Lakes

Featuring an image of a much larger 1952 fire, the story turned the burning Cuyahoga River into the poster child for water pollution. Although the Cuyahoga River never endured another major fire, it was not alone then and neither is it now.

"There were no fish here in this section of river," described Chief of Resource Management at Cuyahoga Valley National Park Chris Davis, a plant ecologist. "There was the explicit oil burning on the surface of the river, but then below, the water was also just basically a biological dead zone. That was all related to historic pollution that had just been accumulating since the 1800s."

Half a century ago, industrial waste had already polluted large parts of these ecosystems all around the former manufacturing heart of the US. Outlining 14 "beneficial use impairments" that chemical, physical or biological damage could inflict, the United States and Canada sought to define "areas of concern" (AOCs) and protect their shared natural resource in the 1987 Great Lakes Water Quality Agreement.

"We know these sites were dangerously polluted for decades," President Biden acknowledged. "We're committed to clean them up. Three decades ago, we made this commitment. And, yes, we've gotten a couple of them done, like right here."

A relative success story, the Black River is among 17 severely damaged sites categorized as areas of concern in the United States that have undergone complete remediation. Little progress actually took place until the Great Lakes Restoration Initiative sought to fast-track restoration goals in 2010. With new funding, the EPA projects complete restoration of 11 out of 14 remaining areas of concern by 2030.

"The Great Lakes are a vital economic engine and an irreplaceable environmental wonder, supplying drinking water for more than 40 million people, supporting more than 1.3 million jobs, and sustaining life for thousands of species," said EPA Administrator Michael S. Regan in a statement. "Through the investments from President Biden's Bipartisan Infrastructure Law, we will make unprecedented progress in our efforts to restore and protect the waters and the communities of the Great Lakes basin. Building a better America means investing in our natural resources and the communities they support."

During his remarks, President Biden described "the historic investment" as the "most significant restoration of the Great Lakes in the history of the Great Lakes." Though certainly a notable contribution, this assertion doesn't hold up to historical scrutiny.

In 1969, Time reported $1.1 billion of federal spending to clean up sewage plants around Lake Erie alone. Adjusted for inflation that amounts to about $8.5 billion today. In recent history, $3.7 billion have gone toward the Great Lakes Restoration Initiative since it was introduced under the Obama administration in 2010.

Still, funds from the infrastructure bill should accelerate cleanup of most areas of concern. According to the EPA, "the bulk" of this investment will go toward restoration of the Great Lakes, North America's largest source of freshwater. Promising more details in the coming months, the EPA has yet to provide information about distribution and even the amount of funds going directly to conservation at all.

Eileen Deamer, an EPA spokesperson for the Great Lakes region, stated that restoration and remediation actions for the Cuyahoga River AOC will be complete by 2026 with a total cost of over $100 million.

"We have already made progress in cleaning up the Cuyahoga River AOC," Deamer wrote to Salon. "Working in close partnership with our state, local and federal partners, three of the original nine BUIs [Beneficial Use Impairments] have been removed. A number of important habitat projects have also been completed including the removal of Brecksville Dam and the restoration of floodplains at Cascade Valley View." Beneficial Use Impairments is a term that refers to "change[s] in the chemical, physical or biological integrity of the Great Lakes system sufficient to cause significant environmental degradation," according to the Environmental Protection Agency.

Likewise, Davis gave a rough estimate of at least $50 million for Cuyahoga Valley National Park alone, which accounts for 22 of the 46.5 miles of river.

"With this investment, President Biden is delivering major environmental, public health, and economic wins for the Great Lakes region," said White House Senior Advisor and Infrastructure Implementation Coordinator Mitch Landrieu. "Building a better America requires us to confront legacy pollution and clean up the environment – ensuring our kids drink clean water and creating good-paying jobs in the process. We know that cleaning up these waterways and improving the health of the Great Lakes will also create great economic opportunities for communities across the eight-state region and beyond."

Read more on the Great Lakes: