Nearly 2,000 gallons of jet fuel spilled from an Amazon aircraft in Kentucky

Though supposedly contained, similar jet fuel spills can seep into aquifers, as happened recently in Honolulu 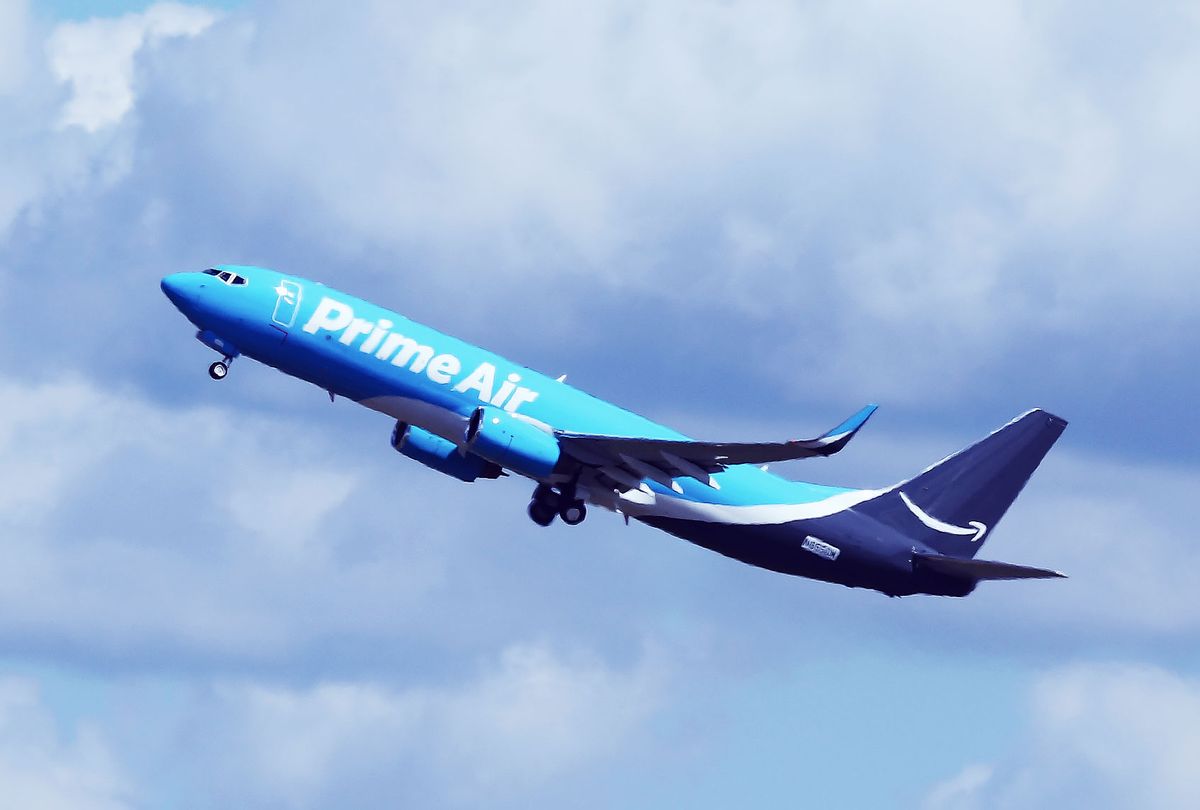 On March 15, as a fuel pump was being changed during aircraft maintenance, nearly 2,000 gallons of jet fuel spilled onto the jetfield at Amazon's hub at the Cincinnati/Northern Kentucky International Airport.

The e-commerce giant launched its operations at the airport in August 2021. Salon first learned about the incident via an anonymous whistleblower, who feared exposing their identity for fear of retaliation. Salon confirmed the incident directly with Cincinnati/Northern Kentucky International Airport spokesperson Mindy Kershner.

"CVG's aircraft fire and rescue team received an alert Tuesday morning regarding an unknown amount of jet fuel spilled at Amazon's ramp area," Kershner said in a statement, using the airport code to refer to the airport. "The CVG team assisted with containing the spill and Amazon took over the incident."

RELATED: A new California oil spill is a pollution nightmare

"The jet fuel spill at CVG was large, and could be a significant risk to public health."

In a statement to Salon, Brandi Jenkins, Region 4 Public Affairs Director at U.S. Environmental Protection Agency (EPA), told Salon via email the spill was reported at 2,000 gallons, and that Amazon followed established procedures and reported the incident to the National Response Center, who relayed the report to EPA Region 4, per normal protocol. The Kentucky Department of Environmental Protection (KYDEP) proceeded to provide oversight to the cleanup.

John Mura, spokesman for the Kentucky Energy and Environment Cabinet, further elaborated to the Lexington Herald-Leader that an environmental contractor pumped the fluid out after firefighters flushed the fuel into a drainage system that feeds into an oil and water separator.

"There is no indication that water ways were impacted," Mura told the Lexington Herald-Leader via email.

Amazon spokesperson Alisa Carroll said in an emailed statement to Salon that the incident "was handled in accordance with our approved environmental containment and remediation plans and at no point did it present any safety concerns to personnel or operations at our facility."

One-time jet fuel spills often cause horrific environmental impacts. Officials believe that a 14,000 gallon jet fuel spill on Nov. 20 at the Red Hill Bulk Fuel Storage Facility in Honolulu, Hawaii, contaminated tap water that went to Hawaii military households. Navy officials had to move more than 3,000 families to hotels due to the issue, and many were sickened from drinking the fuel-contaminated water. According to the Associated Press, weeks after the Hawaii spill was cleaned, families continued to complain about foul-smelling water. Some were hospitalized for cramps or vomiting after drinking the tap water.

Patrick Ray, PhD, an assistant professor of environmental engineering at the University of Cincinnati, told Salon via email that "the jet fuel spill at CVG was large, and could be a significant risk to public health."

"Typically, spills of this sort at airports or manufacturing facilities seep into the ground, contaminating local soil and aquifers," Ray said. "That type of contamination can be very difficult to remediate, and can create water quality problems for years for local communities relying on well water."

Ray emphasized that there needs to be "a careful examination of the effectiveness with which the spill was contained, and how much of it leaked into the soil and groundwater."

In an email to Salon, Mura told Salon "the spill was contained." When asked if there were concerns about the spill leaking into the soil and groundwater, Mura said, "that is correct."

"It was flushed into the drainage system that leads to an oil water separator that is valved off from the detention basin," Mura said. "An environmental contractor pumped out the spillage and there is no indication that waterways or soil were impacted."

While nearby industry has a history of polluting the Ohio River, Ray said it's likely not an immediate concern.

"The only way this spill is likely to affect the Ohio River in the near term is if it is transported there by pipes. CVG uses wastewater treatment plants to process its runway storm runoff (and things like deicing fluids)," Ray said.