Despite signing the measure, Gov. Brad Little cautioned against a number of the bill's provisions 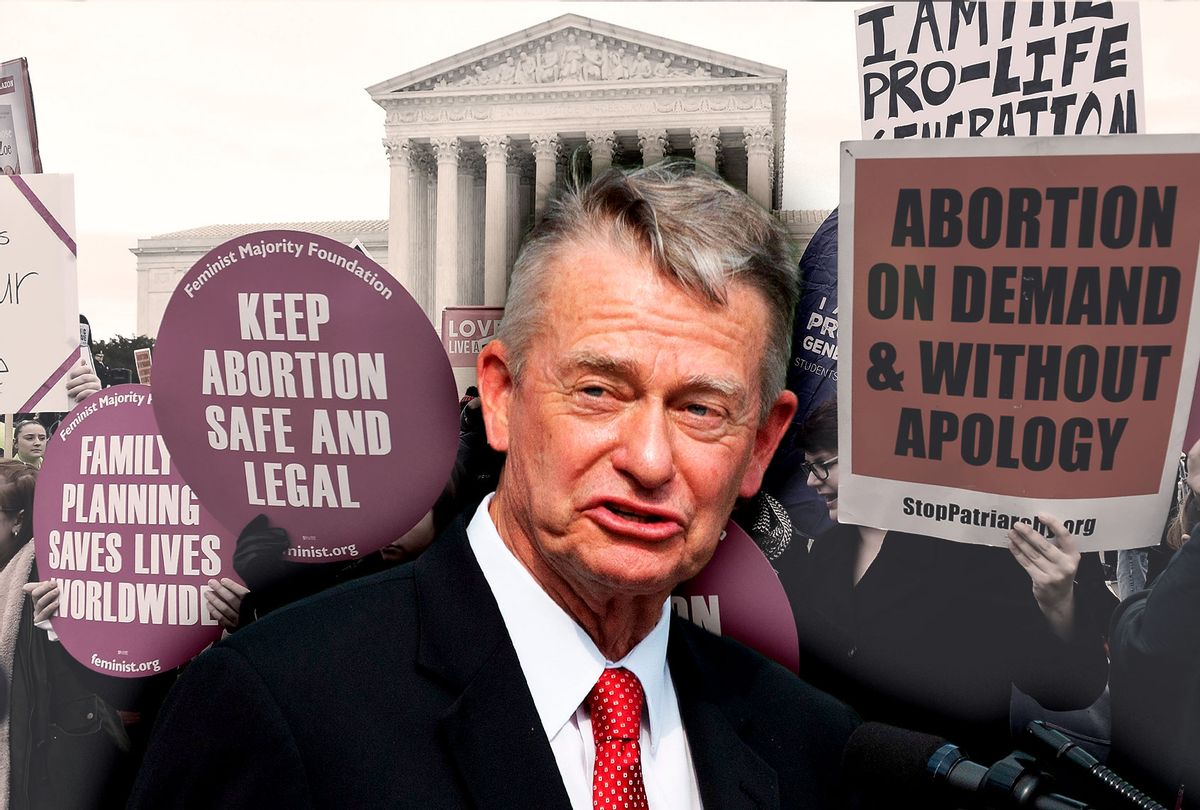 Idaho Governor Brad Little rubber-stamped a strict abortion law modeled after Texas' six-week abortion ban, even while advising that the measure was "unwise."

"While I support the pro-life policy in this legislation, I fear the novel civil enforcement mechanism will in short order be proven both unconstitutional and unwise," Little wrote in a letter to Lt. Gov. Janice McGeachin, President of the State Senate. "Ultimately, this legislation risks retraumatizing victims by affording monetary incentives to wrongdoers and family members of rapists."

Under the law, abortions are banned after six week's into pregnancy, according to The New York Times, well before many people become aware that they're pregnant. The measure is specifically designed to prevent fetuses with cardiac activity (i.e., a "fetal heartbeat") from being aborted.

According to the American College of Obstetricians and Gynecologists (ACOG), the term "fetal heartbeat," upon which the bill is based, should be avoided because in general the two upper and lower chambers of the fetal heart are not fully developed until about 17-20 weeks of gestation.

RELATED: The next phase of anti-abortion cruelty: Jail for ending your own pregnancy

What "pregnant people may hear is the ultrasound machine translating electronic impulses that signify fetal cardiac activity into the sound that we recognize as a heartbeat," the ACOG explained.

The bill makes an exception for medical emergencies and victims of rape an incest, but as CNN reported, victims must have reported the crime and shown their abortion provider a copy of a police report. Although he signed the measure, Little did acknowledge the "challenges and delays inherent in obtaining the requisite police report render the exception meaningless for many."

Like Texas' abortion bill, Idaho's also establishes cause of action for the state's residents to sue anyone who aids or abets in an abortion prior to after six weeks into pregnancy, a provision that Little specifically cautioned against.

"Deputizing private citizens to levy hefty monetary fines on the exercise of a disfavored but judicially recognized constitutional right for the purpose of evading court review undermines our constitutional form of government and weakens our collective liberties," Little wrote.

Residents are also able to collect a minimum of $20,000 in damages if their suit wins in court.

Mistie DelliCarpini-Tolman, Idaho state director of Planned Parenthood Alliance Advocates, told The Wall Street Journal that the measure is liable to restrict most abortions throughout the state.

Little is "responsible for putting abortion out of reach for most Idahoans, and it's a shame that he listened to the extremists instead of standing up for survivors of rape and incest," she said.

RELATED: When human life begins is a question of politics – not biology

This past week has seen a spate of anti-abortion developments in various Republican-led states throughout the country. On Wednesday, the Oklahoma legislature approved a near-total ban on abortion, modeled after the Texas law. And in South Dakota, Gov. Kristi Noem this week signed a law that will curtail restricts residents' access to abortions through medication.