State Sen. John Bizon was placed on a year of probation but will face no legislative penalties as a lawmaker 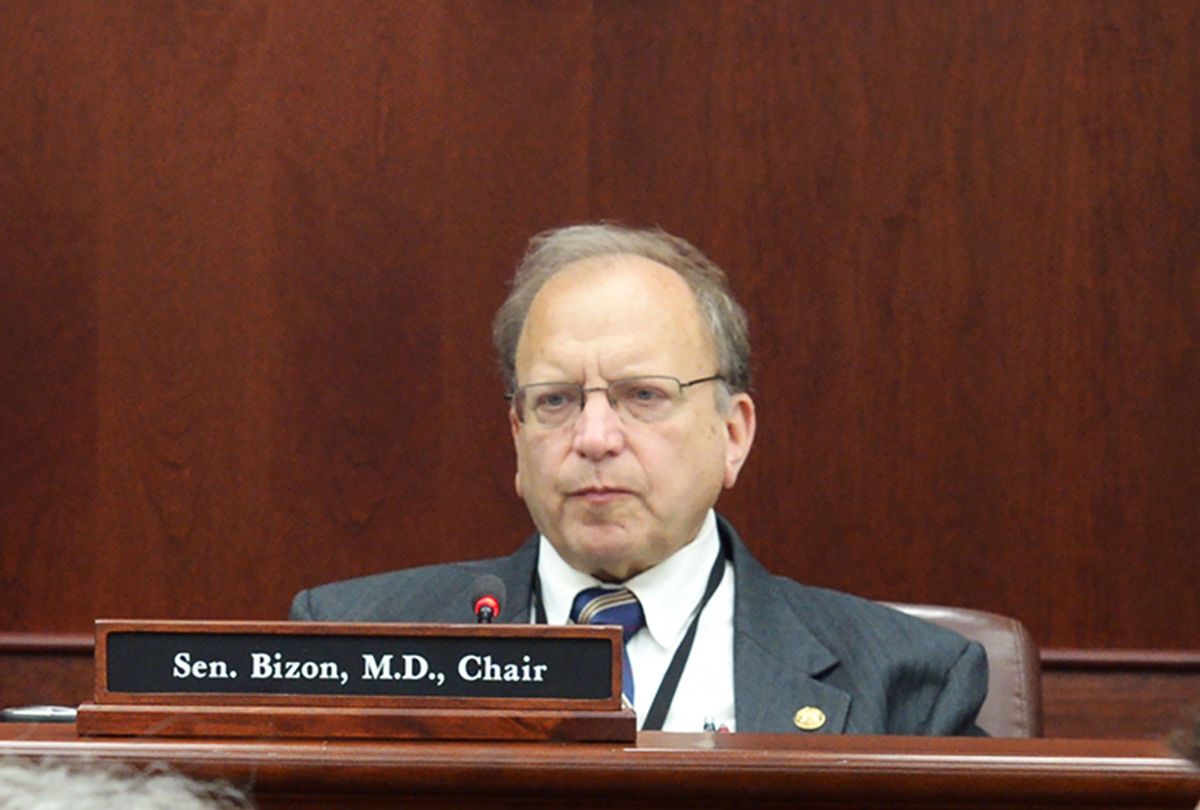 A Michigan state senator on Wednesday was put on probation for inappropriately touching a nurse practitioner while receiving COVID-19 treatment.

State Sen. John Bizon, a Battle Creek Republican, was sentenced to a year on probation and will be forced to pay $1,130 in court costs and fines, undergo a mental health test, and comply with a no-contact policy, according to MLive.

Bizon has pleaded guilty to battery, a misdemeanor.

The incident took place last August while the state senator was seeking treatment at an After Hours Express, an urgent care center in Marshall, about an hour west of Ann Arbor. During his visit, Bizon, 70-year-old retired otolaryngologist, began questioning the guidance of his nurse in the exam room.

According to her police report, Bizon grabbed onto her waist and pulled her closer while she was recommending over-the-counter drugs. The state senator later became angry when she refused to prescribe his preferred medication.

Bizon, for his part, has insisted that he behaved inappropriately due to his illness at the time, calling the incident "regrettable."

"Right now, he blames COVID for what happened," said the nurse's attorney. "COVID does not make you grab women. That is not a side effect from COVID."

During Bizon's trial on Wednesday, the nurse said that the lawmaker "tried to bully, coerce and intimidate me to practice quack medicine because he believed in conspiracy theories."

"Mr. Bizon, I forgive you, but I hope we both never forget," she added.

According to the nurse, Bizon also inappropriately touched a medical assistant when she was taking his vitals earlier during the appointment.

Republican Senate Majority Leader Mike Shirkey has claimed that Bizon owned up to his impropriety, which means he will not face any disciplinary action from the legislature, according to MLive.

RELATED: 1 in 4 government officials accused of sexual misconduct in the #MeToo era is still in office today

But Michigan Democratic Party Chair Lavora Barnes has argued that Bizon should face penalties from his fellow legislators, saying they should "stop being quiet and start denouncing – and take action to stop – the persistent and abhorrent behavior from inside their ranks."

The sentence comes just months after former Michigan House Speaker was accused of sexually assaulting his sister-in-law for years while she was an underage teen.