Pareidolia — seeing faces in patterns — is connected to religious experiences, creativity, and much more 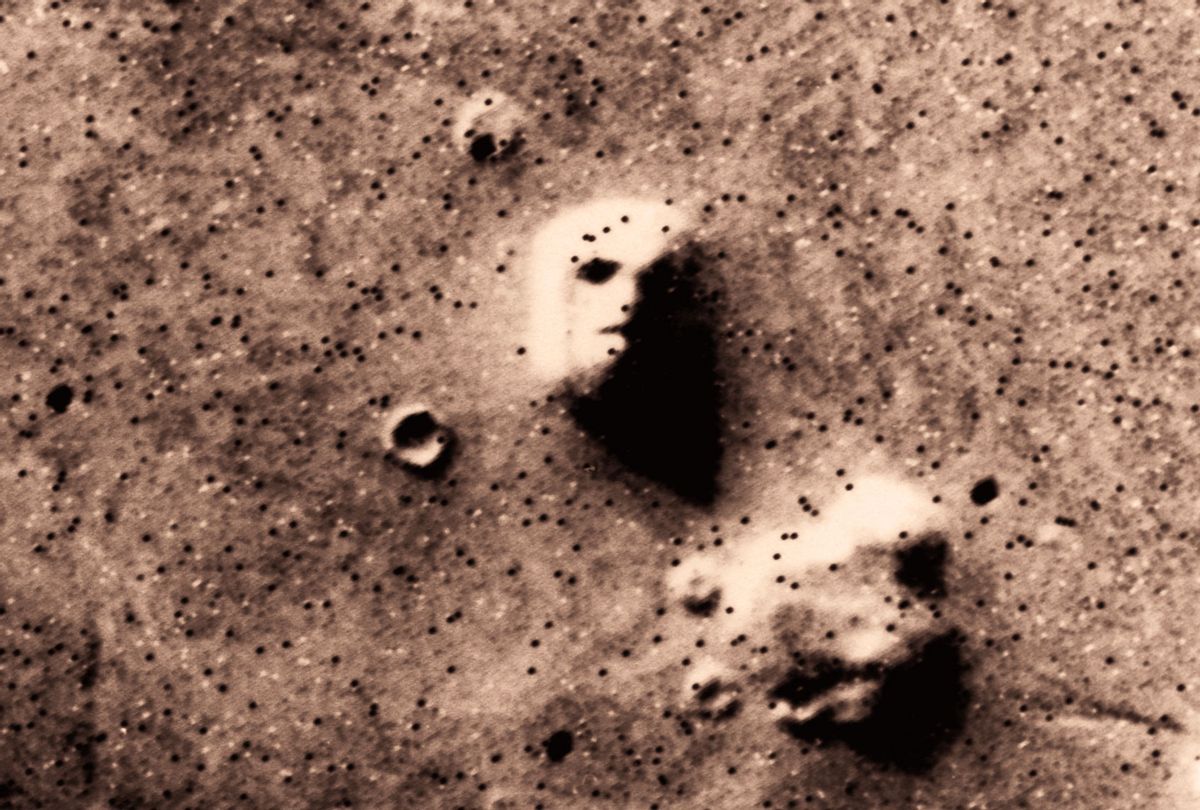 Three thousand years ago, in ancient China, sages stuck red hot pokers into empty turtle shells to study the way cracks developed on the flat side of the shell. Depending on the pattern made by the cracks, the sages would predict the future and speak with the ancestors.

What is the basis for these and other prophetic visions throughout history? Why did Moses see God in the flames of a burning bush and the Greeks hear the voice of Zeus in the wind of the sacred oak tree of Dodona? When people close their eyes to pray or meditate, whose voices are they hearing?

Cognitive scientists of religion have been trying to answer these questions since the 1980s. They call these practices of finding meaningful patterns in visual information "pareidolia." Seeing faces in the clouds, animal shapes on tree trunks, and hearing voices in noise are more mundane examples of pareidolia. Unfortunately, scientists have tended to reduce these phenomena to a sort of cognitive short circuit. This is partly because the first scientist to use the term, German psychiatrist Karl Ludwig Kahlbaum, defined it negatively as "delusions of the judgment" caused by "imperfect perception."

The negative connotation stuck. For instance, in 1995, Carl Sagan, the American cosmologist, argued that pareidolia is an evolutionary adaptation to recognize faces and shapes in poor lighting. When we "fail," we see things that aren't there, and this is called pareidolia. Other scientists argue that pareidolia is the result of a natural human tendency called "anthropomorphism" to project human-ness or animacy onto the inanimate world.

Psychologists still treat pareidolia as a clinical pathology or psychosis to see things "where they do not actually exist." In short, scientists have largely dismissed or tried to explain away religious, supernatural, and aesthetic experiences of pareidolia rather than take them seriously.

But let's consider at least one plausible and much less pejorative story about pareidolia. What if it is not a cognitive failure? What if pareidolia images really are there in a different and significant sense? Indeed, what if, thought broadly enough, every pattern that humans have ever found has come to us through some version of pareidolia?

When we see culturally and historically agreed upon pareidolia, we call it "reality," but when we see patterns made by nature or ones where other people cannot verify them, these are "illusions." But what would we be missing if artists and scientists had not "seen" patterns no one else had before, like the double helix structure of DNA or the marvelous vortices drawn by Da Vinci and painted by Van Gogh? Humans create culture based on agreements and disagreements over which patterns of pareidolia are real or not. Is there really a face on Mars? Is the big dipper really there? If our shared beliefs and practices involving them are real then yes, in a sense, they really are there.

In other words, pareidolia is not a failure but a source of enormous cultural innovation, even if some patterns do not catch on. For example, scientific studies show that artistic, musical, and religious people tend to see more pareidolia than others. Perhaps the negative interpretation of pareidolia as error has more to do with the scientific desire for quantifiably true and false patterns than the phenomenon itself.

But here is the central question left unanswered by most scientific attempts to explain the experience of pareidolia. Why do people experience the patterns as aesthetically and even spiritually meaningful? Indeed, the German psychiatrist Hermann Rorschach's famous inkblot tests were based on trying to understand just this. But if Carl Sagan is correct, and pareidolia is just a mistake, people should quickly realize their perceptual error and adapt to reality. But instead, the opposite happens. People often treat pareidolia as evidence of prophecy, epiphany, beauty, joy, insight, and even God. Obviously, not all do, but unless we are willing to chalk these experiences up to madness, stupidity, or some unexplained tendency to anthropomorphize, we need another explanation.

Let's start with what we know. Studies show that people tend to see more pareidolia in fractal patterns compared to non-fractal patterns. A fractal is an iterative pattern that looks similar across scales, like a tree whose forking pattern repeats in its branches, twigs, and leaf veins. In this kind of natural fractal, each leaf looks like a tiny version of the whole tree. Many natural phenomena, like rocks, mountains, clouds, rivers, plants, trees, animal coloration, waves, and wind, can have similarly fractal patterns.

Furthermore, we know that "nature is traditionally fundamental to divination, whose indigenous metaphorical roots remit to natural phenomena such as stones, water, and animal behaviour," as anthropologist Patrick Curry writes. The cracks in turtle shells, for example, and the distribution of tea leaves in the bottom of a cup exhibit fractal patterns. Most recorded visions of gods also occur in natural or fractal patterns such as fire, trees, clouds/smoke, or some combination of natural fractal patterns. When people close their eyes and sit still in prayer or mediation, the fractal structure of their spontaneous brain activity enters a slower "alpha" state. This slow state is associated with mind-wandering and creative association or "cognitive pareidolia," as our thoughts play among the fractal background brain activity. Fractal patterns are also easy on the eyes, endlessly fascinating to see and hear and even inspire feelings of beauty.

RELATED: Most brain activity is "background noise" — and that's upending our understanding of consciousness

Yet still, in the case of religion in particular, why should fractal pareidolia occasion such spiritual or prophetic meaning? This may be why: Nature uses dynamic fractal patterns across every scale of reality from the distribution of dark matter to the growth of slime mold, including our bodies and brains.

So in the play of pareidolia, we are doing what the world is doing more generally. And this experience is what can occasion feelings of interconnection with the world at the heart of many spiritual sensibilities. It may also suggest a predictive or prophetic intuition about how such patterns will develop, since fractals look similar across scales.

My point here is that at some level, not necessarily consciously, pareidolia reminds us of our interconnection with the world whose fractal patterns and dynamics we use in our bodies and minds to experience that same world. Pareidolia often occasions the feeling that we are not separate from nature, but woven into it.

In short, pareidolia is not a cognitive failure and should not be used to dismiss religious experience. Indeed, pareidolia may be at the heart of all our ways of knowing, not just religious ones.

Read more from Thomas Nail on consciousness and neurology: