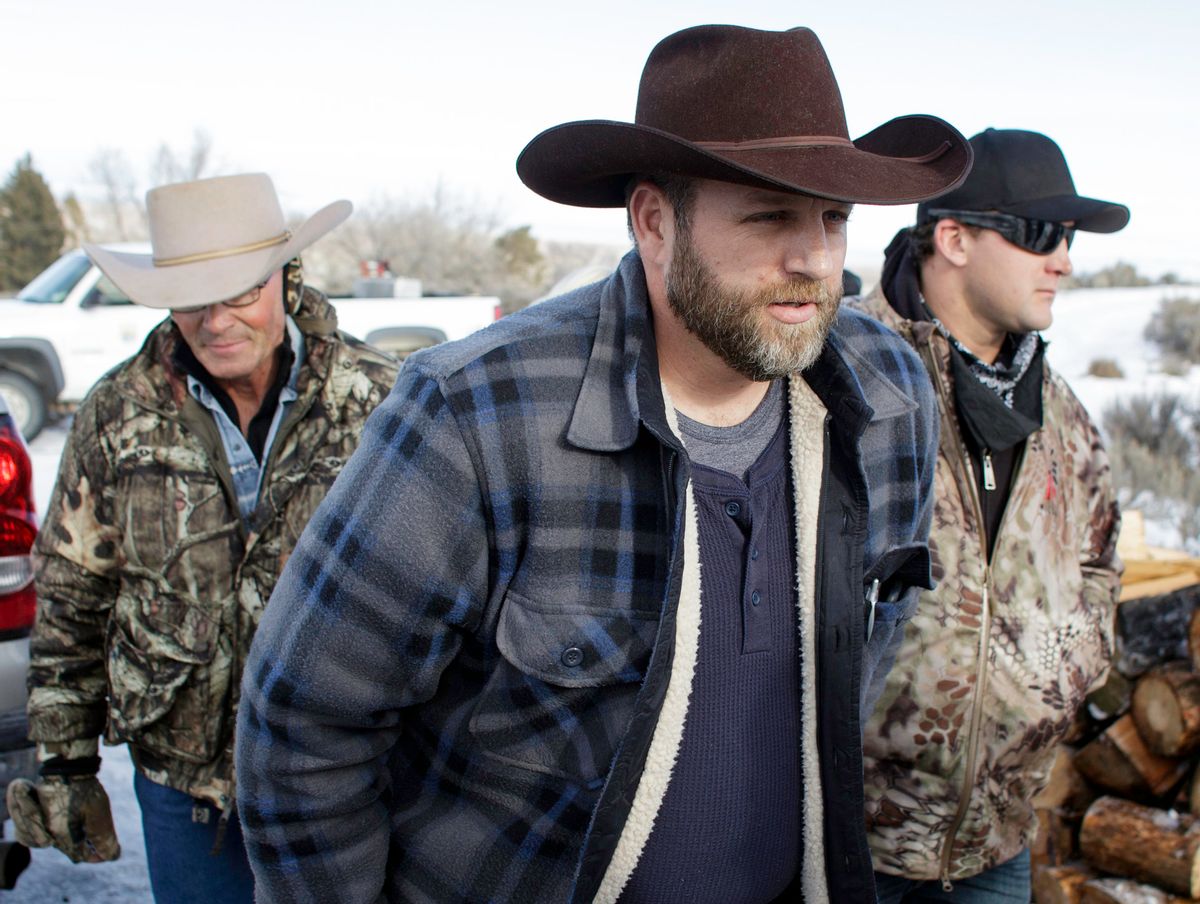 Ammon Bundy makes his way from the entrance of the Malheur National Wildlife Refuge Headquarters in Burns, Oregon on January 6, 2016. (ROB KERR/AFP via Getty Images)
--

Far-right activist Ammon Bundy is once again on the wrong side of the law in ongoing fallout after he was arrested for trespassing at the Idaho state capitol.

Judge Annie McDevitt ordered Bundy to spend ten days in jail after being found in contempt of court for not completing 40 hours of public service, KTVB-TV reports.

"The sentencing judge told Bundy that he could complete that service at a church or non-profit of his choice, but explicitly warned him that working for his own organization, or any service for which he got paid would not count. However, Bundy submitted hours that he had worked on his own political campaign, turning in a letter on his own 'Ammon Bundy For Governor' letterhead certifying that he had completed all 40 hours," the network reported.

"On Thursday, Judge Annie McDevitt ruled that not only did his campaign work not satisfy the requirement, but that it showed blatant disrespect for the instructions he had been given. Bundy did not just blow off his court-ordered service - which happens with defendants sometimes - but instead willfully made 'a mockery of the sentence you received,' McDevitt told him," the network reported.

"He does not obey laws with which he does not agree," Welsh argued.

Bundy's campaign called the ruling "a demonstration of abuse of power and systemic corruption of our legal system—you are witnessing it right now."