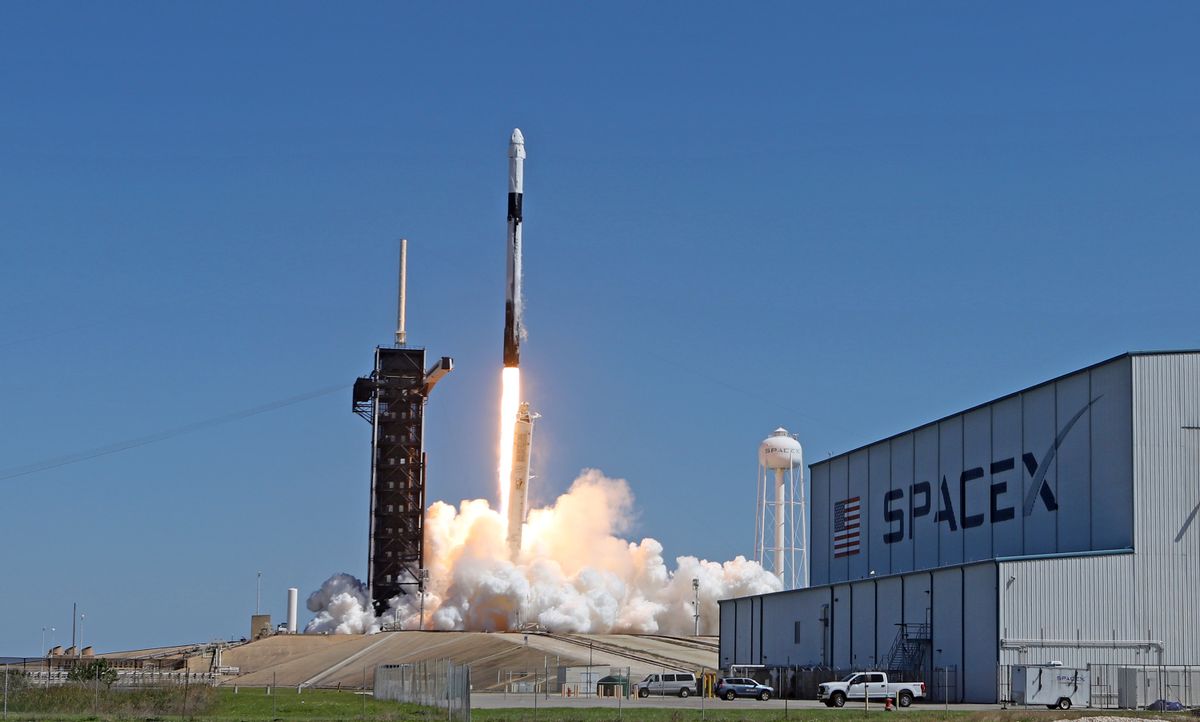 On Friday, Elon Musk's SpaceX departed Kennedy Space Center for its first private charter flight to the orbiting lab with three well-off businessmen and an astronaut escort onboard.

According to ABC the private citizens who paid $55M each for the week-long trip, brokered by Houston, Texas-based startup Axiom Space, included Larry Connor of Connor Group; Mark Pathy of Mavrik Corp.; and Eytan Stibbe, of Vital Capital.

Related: 40 SpaceX satellites that astronomers loathe were destroyed by a geomagnetic storm

The cost of the trip included access to everything but the Russian section of the space station, according to ABC's coverage, and it's said that any talks of politics are staying off the agenda for the trip.

"It was a hell of a ride and we're looking forward to the next 10 days," NASA astronaut and chaperone Michael Lopez-Alegria said. "I honestly think that it won't be awkward. I mean maybe a tiny bit."

Each of the men are said to have their own personal reasons for taking their SpaceX adventure, and left with their own "slate of experiments" they hope to conduct during their time in space, according to ABC.

"They're not up there to paste their nose on the window," said Axiom's co-founder and president, Michael Suffredini, a former NASA space station program manager.

The first leg of the trip was completed as of Saturday, when the men and their astronaut guide arrived at the International Space Station. According to CNN the journey took around 20-hours after reaching orbit. Once the SpaceX Crew arrived at the ISS they were met by seven professional astronauts already onboard.

CNN's coverage points out that this is not the first time a civilian paid money to travel to space, as Russia's Soyuz spacecraft beat us to the punch years ago, but it is the first time a crew has been entirely comprised of private citizens with no "active members of a government astronaut corps."