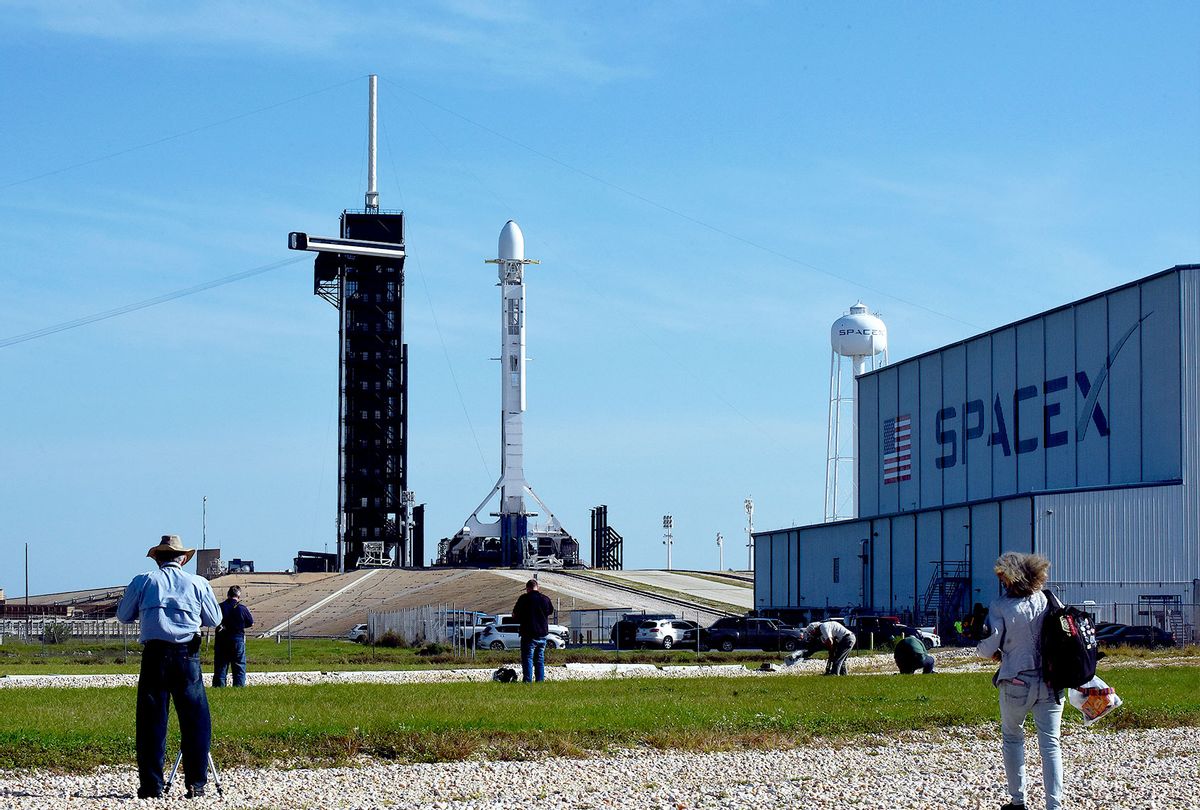 Last year, an article in the journal "Cell Biology" revealed that sharks use Earth's geomagnetic field to navigate the ocean — and can even get confused if they are in areas with stronger magnetic fields than the ones they were accustomed to. Intriguingly, even a species that has been perfected over millions of years of evolution can be tripped up by the ways that magnetism and magnetic fields defy expectations.

In that sense, Elon Musk's satellites never stood a chance.

Forty Starlink satellites owned by SpaceX — the billionaire's aerospace manufacturing, space travel and communications company — are going to be lost due to a geomagnetic storm caused by the interference between solar wind and Earth's atmosphere, according to a SpaceX press release. Forty-nine of those satellites had been launched from Florida's Kennedy Space Center on Thursday into their intended orbit and were "significantly impacted" by the geomagnetic storm that occurred on Friday. The end result is that up to 40 of those satellites are either going to reenter Earth's atmosphere, or have already done so.

RELATED: In Earth's galactic backyard, a never-before-seen space anomaly blinks on and off

As Tamitha Skov, a research scientist of Aerospace Corp., told CNBC on Wednesday, the sun "shoots off magnets" in the form of a storm and gets dumped by the Earth's magnetic shield into the planet's upper atmosphere, where it gets heated up. Because the atmosphere then inflates and becomes denser, this poses a drag on satellites in low orbit — such as those launched by Musk's SpaceX. The incident raises questions because the National Oceanic and Atmospheric Administration (NOAA), which measures geomagnetic storms, had warned that one was "likely" for Friday evening one day before the SpaceX launch.

Musk's company is estimated to lose roughly $50 million on the failed venture.

"To lose most of the batch is unheard of," astrophysicist Jonathan McDowell of the Harvard-Smithsonian Center for Astrophysics told CNBC. "This is huge compared to anything that's happened before."

While the development can be partially attributed to bad luck, Musk's company also made some mistakes.

"The lead time for geomagnetic solar storms that affected the satellites is usually 36-48 hours," Emmy Award-winning meteorologist Nick Stewart tweeted as part of a larger thread responding to the incident. "With that said, the event that caused the disruption occurred after launch but in a stretch of active solar weather."

SpaceX's satellite program is widely loathed by astronomers. The numerous Starlink satellites already in orbit form a "megaconstellation" which makes it more difficult for scientists to use their telescopic equipment for distant observations. In addition to cluttering up their view, the satellites also reflect sunlight, which causes further optical problems. As Harvard astronomer Avi Loeb told Salon in 2019, "I am concerned [that] the SpaceX satellite launch marks the beginning of a new era" in which ground-based observational astronomy is permanently hampered.

China has accused the United States of defying international treaties because of two alleged "close encounters" between Starlink satellites and the Chinese space station. The head of the European Space Agency, Josef Aschbacher, accused Musk in December of "making the rules" in space and urged the European Union to engage in a coordinated campaign in which they make sure that SpaceX's actions do not prevent countries in that organization from launching their own satellites.

This story was updated at 6:38PM ET to add more detail about the mechanics of geomagnetic storms.

Read more on satellites and astronomy: