All the space exploration missions to look forward to in 2022 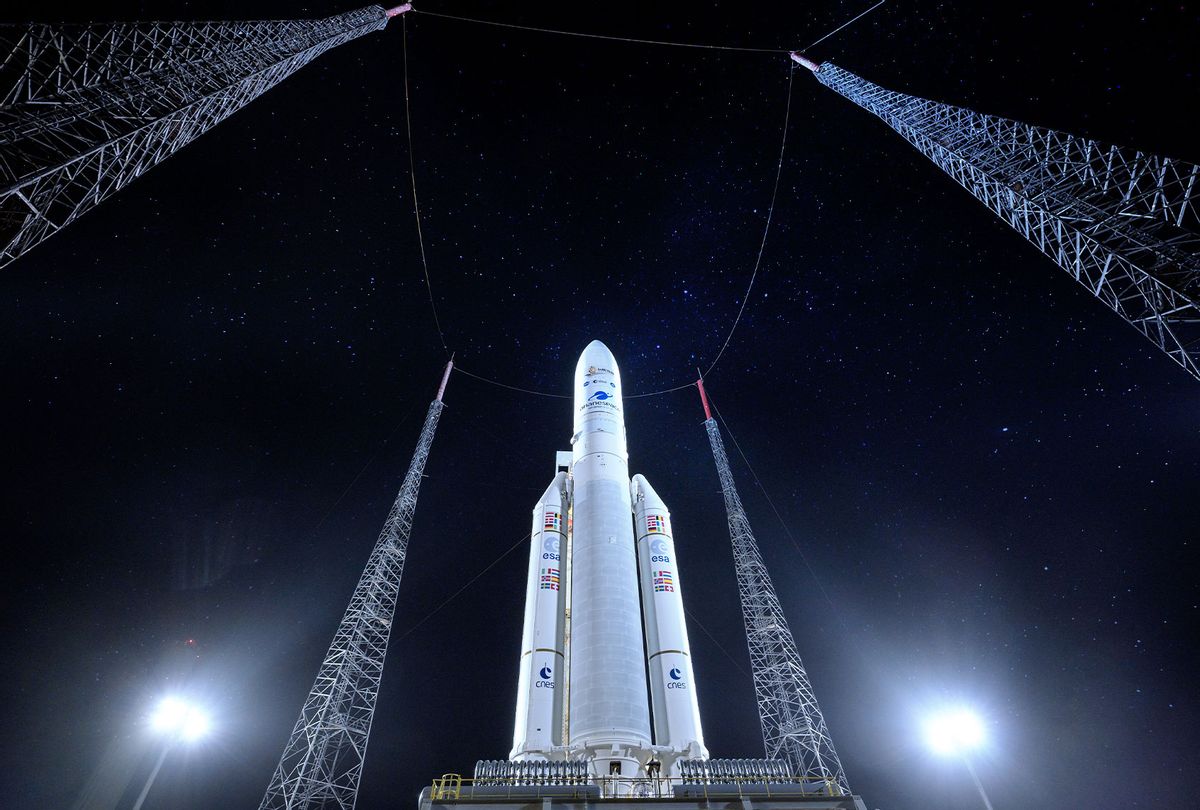 Arianespace's Ariane 5 rocket with NASAs James Webb Space Telescope onboard, is seen at the launch pad December 23, 2021 at Europes Spaceport, the Guiana Space Center in Kourou, French Guiana. The James Webb Space Telescope (sometimes called JWST or Webb) is a large infrared telescope with a 21.3 foot (6.5 meter) primary mirror. The observatory will study every phase of cosmic historyfrom within our solar system to the most distant observable galaxies in the early universe. (Bill Ingalls/NASA via Getty Images)
--

Most of us will remember 2021 as the year we got vaccinated, the year President Joe Biden took office, or the year that started with the Jan. 6 insurrection. But let's not forget that space exploration and astronomy had a very good year indeed, one that ended with the launch of the highly anticipated James Webb Telescope.

In 2021, NASA's Perseverance rover successfully landed in Mars' Jezero Crater. Ingenuity, the 4-pound helicopter that hitched a ride to Mars on Perseverance, became the first powered-controlled flight to occur on another planet. Private citizens got to experience Earth as a small blue dot, marking a new era for space tourism. And, as previously mentioned, the James Webb Space telescope, the most powerful space telescope to ever exist, kicked off its mission and is currently unfurling its sun-shield somewhere in space.

At this point last year, it would have been hard to imagine that we'd be facing another coronavirus surge, this time fueled by the hyper-contagious omicron variant. And though it might not seem like it in this dark moment, there is a lot to look forward to in 2022, especially in the realm of space news. Indeed, many love space exploration because it is a hopeful venture — putting into perspective our place in the world and reminding us that there is still wonder and awe out there in the unknown.

NASA's return to the moon begins with Artemis rocket launch

NASA's Artemis program is set to bring the first crew back to the moon since Apollo 17. Specifically, to the lunar south pole, by 2025. But preparation for such a mission takes time — and lucky for us, the ball will start rolling in big ways in 2022. Currently, NASA is targeting a launch in March or April 2022 for its Artemis 1 flight, which will be an uncrewed mission around the moon in the Orion crew capsule. The launch will happen at NASA's Kennedy Space Center in Florida. If all goes well, Orion will orbit the moon again with a crew in 2024, preparing for a crewed lunar landing in 2025.

Speaking of the moon, Russia's moon lander mission Luna-25 is scheduled to launch in May 2022 and make its way to the moon's south polar region. Once it lands, the lander will study the composition of the polar regolith, the plasma and dust components of the lunar polar exosphere.

Jeff Bezos' Blue Origin, which flew three trips to suborbital in 2021, is planning to fly six or more flights in 2022. Richard Branson's Virgin Galactic is also planning to start offering commercial service on its suborbital spaceplane for space tourists who are willing to pay the big bucks.

The ExoMars mission, a collaboration between Europe and Russia, will take off for Mars in 2022. The goal of the mission is to determine whether or not there has ever been life on Mars, in addition to better understanding the role water played on the planet millennia ago. The mission's rover is named Rosalind Franklin, and is equipped with drills to access the subsurface of Mars. The launch is expected to take place in September 2022, and land in June 2023.

The James Webb Telescope will open its eyes

What did the universe look like 13.5 billion years ago, when galaxies and stars first started to form? The James Webb Telescope, the most powerful space telescope to ever exist, will open its eyes and start to gather data that will surely change our understanding of the universe in June 2022, six months after its Dec. 25 launch.

DART will attack an asteroid

The Double Asteroid Redirection Test (DART) spacecraft, a joint project of NASA and the Johns Hopkins Applied Physics Laboratory, launched in November 2021. It is currently on its ten-month mission to reach the Didymos asteroid system. Once it arrives, it will literally ram into Didymos' smaller asteroid moonlet, Dimorphos, in an attempt to change its orbital path. The projectile-spacecraft is considered a proof-of-concept for a theoretical planetary defense system that would protect Earth from an asteroid.  This test is expected to occur on September 26, 2022.