RBG comes back to joke with KBJ in SNL sketch

Biden left KBJ in the Oval Office, suggesting she imagine the people who came before her. And RBG appeared 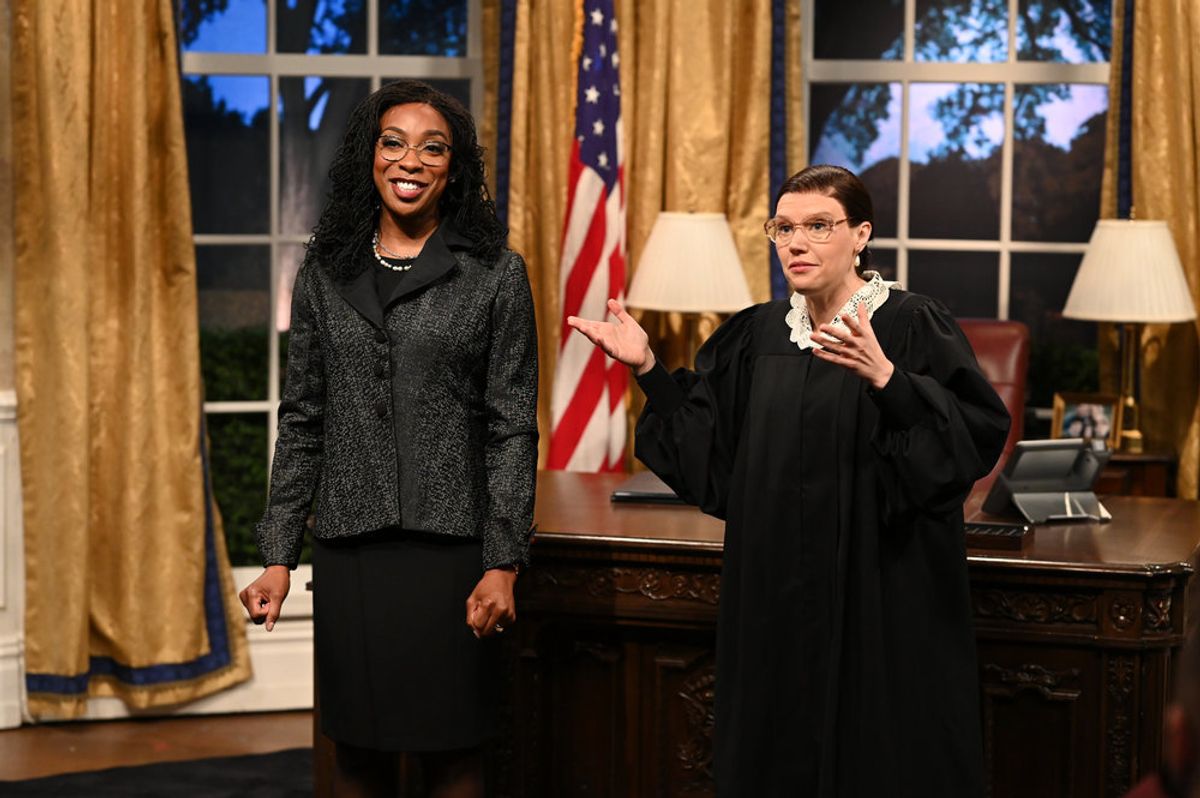 Deceased former Supreme Court Justice Ruth Bader Ginsburg was among a number of trailblazing Americans who returned from the dead to give advice to Ketanji Brown Jackson on NBC's "Saturday Night Live."

The skit started with President Joe Biden talking with Jackson in the Oval Office.

"I was happy to do my part," Jackson said. "Work twice as hard as a white man my entire life, then spend a week listening to Ted Cruz call me a pedophile."

Biden left her alone in the Oval Office, suggesting she imagine the people who came before her. And Ruth Bader Ginsburg appeared.

"I know your confirmation process put you through the ringer, but in the end, you know, people did the right thing. I mean, I was confirmed to the Senate 96-3," she said. "So what was your vote?"

"Yeah, a lot walked out and one guy kept asking me if babies are racist?" Jackson said.

"You know it was," Jackson replied.