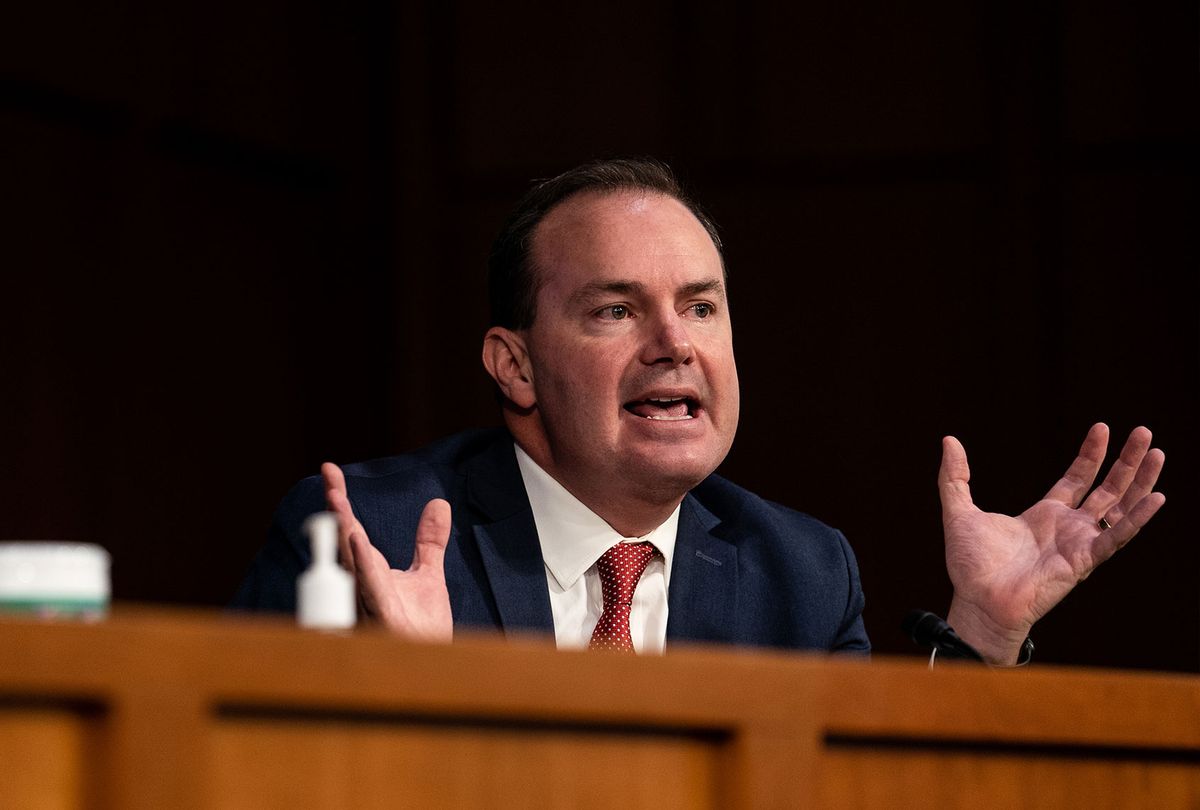 Since its formation 29 years ago in 1993, the far-right Alliance Defending Freedom (ADF) has consistently fought against gay rights — often equating anti-gay discrimination with religious freedom. When Kristen Waggoner, legal counsel for ADF, spoke at Yale University on March 10, about 120 students protested her appearance. And in Utah, two well-known Republicans — Sen. Mike Lee and State Attorney General Sean Reyes — have added their names to a letter demanding punishment for Yale students who protested the March 10 event.

Salt Lake Tribune reporter Bryan Schott explains, "More than half of the school's students signed an open letter critical of the decision by the Federalist Society to invite Waggoner to speak and condemned the presence of armed police at the protest. Yale Law School Dean Heather Gerken said the protest was 'unacceptable' behavior from the students, but they had not violated the school's free speech policy."

Co-founded by Focus on the Family's James Dobson, the ADF (formerly the Alliance Defense Fund) represents a far-right form of White evangelical Christian fundamentalism and is considered a hate group by the Southern Poverty Law Center (SPLC).

"In addition to Lee and Reyes," Schott reports, "Texas Sen. Ted Cruz, several U.S. House of Representatives members, five governors, and more than two dozen other state attorneys general also signed on. The letter was drafted by the same group responsible for the Philadelphia Statement, a document that decries the persistence of 'cancel culture' in American society. More than 1400 people signed the letter to Yale."

The letter reads, "Instead of engaging with the panelists, a shocking number of Yale Law students hurled constant insults and obscenities at them." But according to Schott, "The letter's depiction of the event is primarily based on an initial report from the conservative Washington Free Beacon. That reporting has been credibly debunked by other publications, multiple videos and the school's official account of the incident."

Some of the debunking came from Slate's Mark Joseph Stern. On March 18, Stern reported, "The students made their point at the very start of the event and walked out before the conversation began. Their exercise in free speech, however rowdy or distasteful, did not prevent the panelists from expressing their views. And their demonstration did not — contrary to the Free Beacon's reporting — require administrators to summon the police."