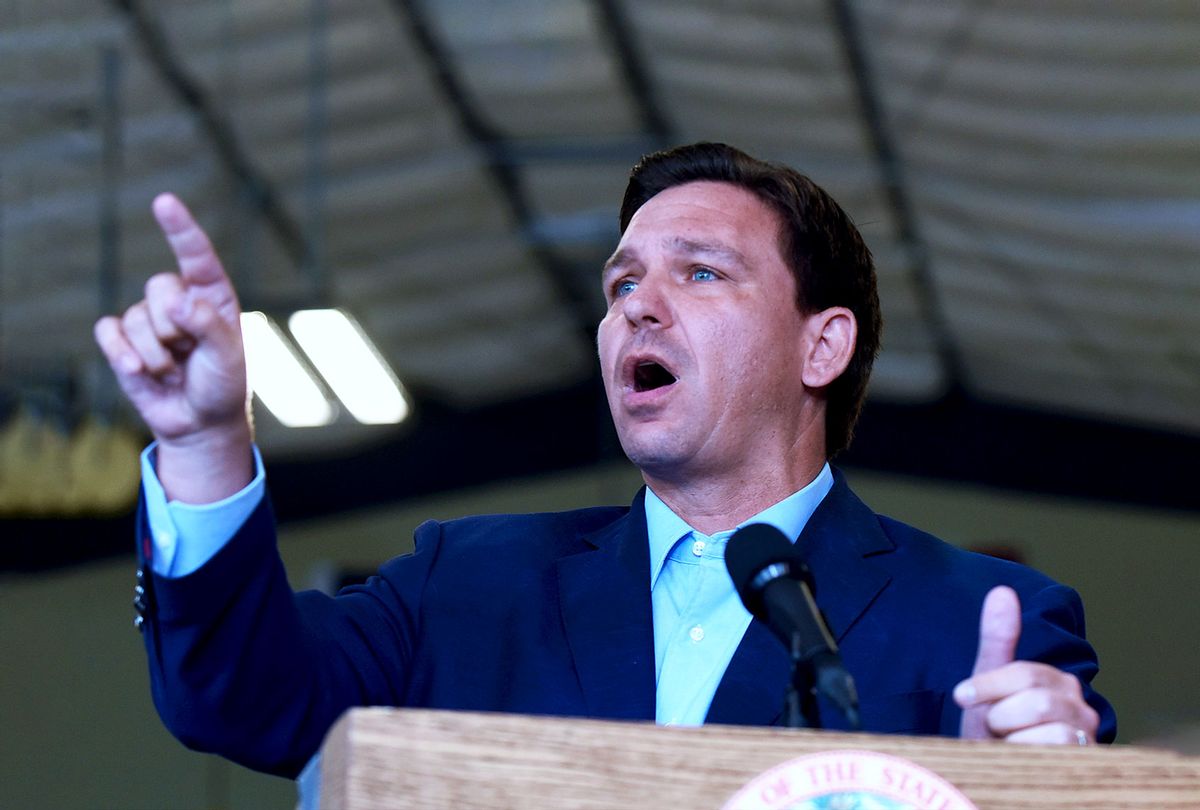 Caving to pressure from the right-wing governor's office, Florida's state Senate President Wilton Simpson and state House Speaker Chris Sprowls said in a joint statement that "at this time, Legislative reapportionment staff is not drafting or producing a map for introduction during the special session."

The "Miami Herald" reported Monday that "while DeSantis has not produced a new congressional map since the Legislature made its final version, his general counsel, Ryan Newman, had earlier offered a map that experts said would have reduced Black and Hispanic voting strength in congressional districts, and that raised new questions about DeSantis' commitment to the Fair Districts standards of the Florida Constitution."

According to the "Orlando Sentinel", "DeSantis also provided a seven-page analysis... making it clear that he thought the majority-Black Congressional District 5 should be eliminated."

With the pivotal 2022 midterms looming, DeSantis has reportedly faced pressure from prominent figures in former President Donald Trump's orbit, including Steve Bannon, to craft congressional maps that are even more friendly to Republicans.

In a Twitter post Monday evening, the ACLU's Florida branch warned that "the Florida Legislature's decision to cede this decennial process of redrawing lines for congressional districts to Gov. DeSantis is undemocratic."

"People should pick their politicians, not the other way around," the group added.

The statement from the Republican leaders of Florida's Legislature—which recently approved a sweeping voter suppression bill that was later blocked by a federal judge—also drew outrage from state Democrats.

State Rep. Carlos Smith told the "Tampa Bay Times" that the Legislature "has totally surrendered its authority as a separate and equal branch of government."

"Republican lawmakers should have rejected the governor's overt attack on Black representation in our democracy," said Smith. "Instead, they're fully capitulating to 100% of his demands out of fear of retribution."

State Rep. Anna Eskamani similarly condemned the Republican leadership for "just bending over backward to do what the governor wants."

"Whatever happened to the separation of powers?" Eskamani asked. "I mean, why are we elected?"

The "Washington Post" reported Monday that prominent figures "affiliated with Trump's Make America Great Again movement, like radio host Stephen K. Bannon, put pressure on DeSantis to demand a map that gave Republicans additional seats in Congress at a time when the balance of power hinges on outcomes in just a handful of districts."

Last month, a pair of watchdog organizations filed a federal lawsuit against DeSantis, Simpson, Sprowls, and other Republican officials in Florida, alleging that DeSantis improperly influenced the time-sensitive redistricting process and demanding court intervention to ensure that Floridians have the "equal, undiluted votes to which they are constitutionally entitled."

The state's U.S. congressional primaries are set to take place on August 23.

"By inserting himself into the map-drawing process in this inappropriate and unprecedented way, Governor DeSantis began to diminish the prospect that the Legislature would timely pass a legally- and constitutionally-compliant congressional map," reads the lawsuit filed by Common Cause Florida and Fair Districts Now.