Shkreli's defense team is owed a balance of over $2.04 million 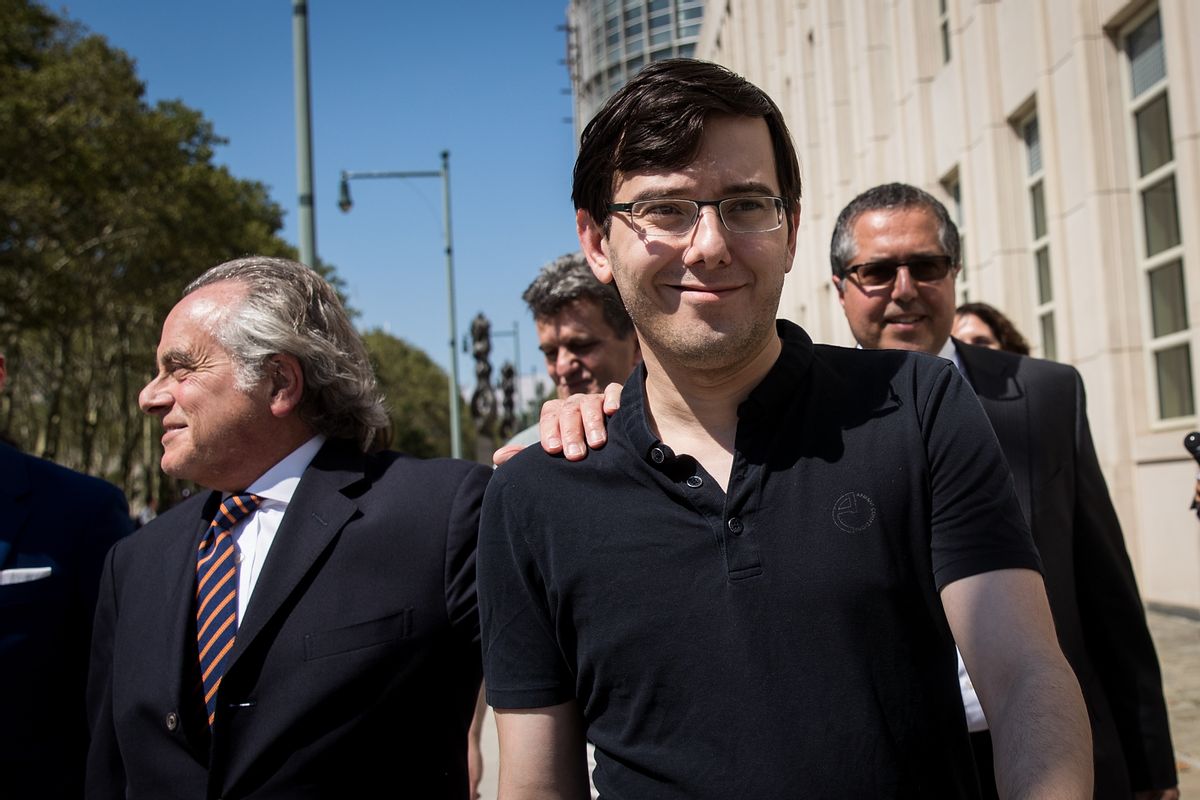 Lead defense attorney Benjamin Brafman walks with former pharmaceutical executive Martin Shkreli after the jury issued a verdict at the U.S. District Court for the Eastern District of New York, August 4, 2017 in the Brooklyn borough of New York City. Shkreli was found guilty on three of the eight counts involving securities fraud and conspiracy to commit securities and wire fraud. (Photo by Drew Angerer/Getty Images)
--

Martin Shkreli, the former hedge fund manager convicted of securities fraud in 2017, is nearing the tail end of his seven-year sentence at the federal correctional institution in Allenwood, Pennsylvania but the defense team that aided in his trial has not yet been paid in full.

According to Reuters, Duane Morris LLP filed a request to a U.S. judge asking to withdraw as Shkreli's counsel stating that as of March 31 they had yet to be paid the $2.04 million balance owed to them for their services.

Related: Pharma exec says he was morally obligated to raise antibiotic price by 400%

Shkreli's former law firm states that Phoenixus AG, Shkreli's employer prior to incarceration, had at one time agreed to pay for legal fees, but the "limits of an insurance policy" used for such costs has been "exhausted," according to Reuters.

In the filing made Tuesday in a Manhattan federal court Duane Morris revealed that Shkreli "has no assets" and would not be affected negatively by the removal of his current counsel as his trial has already been concluded.

Just under a month ago Shkreli requested extra time to repay the $25 million in restitution owed as part of a civil case in which he was found guilty of engaging in anticompetitive conduct. Shkreli's request, the first in recent months pointing towards an issue with funds, was denied.

According to CNBC US District Judge Denise Cote, the judge that denied Shkreli's request for more time to pay his civil case debts, is the same who banned him from the pharmaceuticals industry for life and also ordered he pay $64.6 million for profits earned as the result of gouging the price of the HIV drug Daraprim to $750 per pill.

"The rich and powerful don't get to play by their own set of rules, so it seems that cash doesn't rule everything around Mr. Shkreli," New York Attorney General Letita James said in a statement following Cote's ruling. "New Yorkers can trust that my office will do everything possible to hold the powerful accountable, in addition to fighting to protect their health and their wallets."